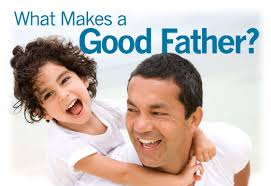 Being a father can be a wonderful thing, once you get past all the gross stuff, all the stressful events, the loss of privacy, and the bewildering numbers of ways you can screw it up. But other than those few things, fatherhood is wonderful.

Every dad has fears that he won’t be a great dad, that he’ll mess up, that he’ll be a failure. It comes with the job. Unfortunately, what doesn’t come with the job is a simple set of instructions. As guys, we often will skip the manual, figuring we can wing it … but when things go wrong, it’s nice to have that manual to go back to. Fatherhood needs that manual.

And while, as the father of six children, you might say that I’m qualified to write such a manual, it’s not true — I’m winging it like everyone else. However, I’ve been a father for more than 15 years, and with six kids I’ve learned a lot about what works and what doesn’t, what’s important and what you can safely ignore (unlike that odd grating sound coming from your engine).

What follows are the fatherhood tips I wish they’d passed out to me upon the delivery of my first child. It would have helped a ton. I hope they’ll help you become an even more awesome dad than you already are — feel free to refer back to them as a cheat sheet, anytime you need some help. 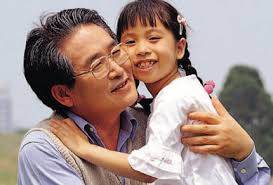 Cherish your time with them. One thing that will amaze you is how quickly the years will fly. My oldest daughter is 15, which means I have three short years with her before she leaves the nest. That’s not enough time! The time you have with them is short and precious — make the most of it. Spend as much time as you can with them, and make it quality, loving time. Try to be present as much as possible while you’re with them too — don’t let your mind drift away, as they can sense that.

It gets easier. Others may have different experiences, but I’ve always found the first couple of months the most difficult, when the baby is brand new and wants to feed at all hours of the night and you often have sleepless nights and walk around all day like zombies. It gets easier, as they get a regular sleeping pattern. The first couple of years are also a lot more demanding than later years, and as they hit middle school they become almost functioning, independent adults. It gets easier, trust me.

Don’t look at anything as “mom” duties — share responsibilities. While there are a lot of good things from our grandparents’ day that we should bring back, the traditional dad/mom split of parenting duties isn’t one of them. Some men still look at certain duties as “mom” duties, but don’t be one of those dads. Get involved in everything, and share the load with your baby mama. Changing diapers, giving baths, getting them dressed, even feeding them (you can give them breast milk in a bottle). 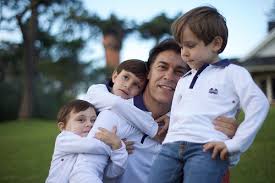 Kids like making decisions. While it is easier to be an authoritarian parent, what you’re teaching your child is to submit to orders no matter what. Instead, teach your child to make decisions, and he’ll grow up much more capable — and happier. Kids like freedom and decisions, just like any other human beings. Your job is to allow them to make decisions, but within the parameters that you set. Give them a choice between two healthy breakfasts, for example, rather than allowing them to eat a bowl of sugar if they choose to.

A little patience goes a long way. As a parent, I know as well as anyone how easy it is to lose your patience and temper. However, allowing yourself to react in anger or frustration is not the best thing for your child, and you must remember that. That means you need to take a deep breath, or a walk, when you start to lose your patience. Practice patience with your child and your relationship, and your child, will benefit over the long run. 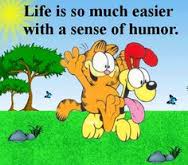 Sense of humor required. There will be times when your child does something that might make you blow your lid — writing in crayon all over the walls is a good one, as is dumping some kind of liquid on your couch, or sneaking out and taking your car to meet up with friends. While you need to teach your child not to do these things, it’s better to just laugh at the humor in the situation. I’ve learned to do this more often, and it helps me keep my sanity.

Read to them, often. Whether you’re a reader or not, reading to your children (from the time they’re babies onward) is crucial. It gets them in the habit of reading, and prepares them for a lifetime of learning. It gives you some special time together, and become a tradition your child will cherish. I read with all my children, from my 2-year-old and my 15-year-old, and love every word we read together.

Don’t be the absent dad. The biggest mistake that dads make are not being there for their children. Always, always set aside time each day and each week for your children. Don’t let anything violate this sacred time. And at those big moments in your child’s life — a soccer game, a music recital, a science fair — do you very best to be there. It means the world. 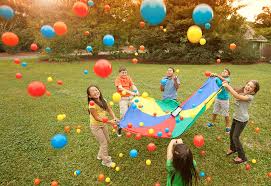 Let them play. Kids really develop through playing — and while it might seem obvious, you should allow them as much free play as possible. That’s aside from TV and video games (see below), aside from reading, aside from anything structured or educational. Just let them play, and make things up, and have fun.

Spark their imagination. Free play, mentioned above, is the best way to develop the imagination, but sometimes you can provide a little spark. Play with your kids, creating forts, dressing up as ninjas, role playing, imagining you’re explorers or characters in a movie or book … the possibilities are endless, and you’ll have as much fun as they will.

Limit TV and video games. I’m not saying you have to be Amish or anything, but too much of this type of entertainment keeps them from doing more imaginative playing, from reading, from getting outside to exercise. I recommend an hour a day of “media time”, but you can find the amount that works for you and your family. 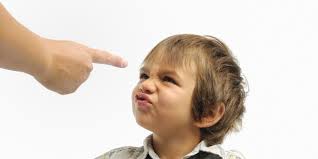 Learn the “firm no”. While I’m all for giving kids the freedom to choose, and for free play, and lots of other freedoms, there should be limits. Parents who don’t set boundaries are going to have children with behavior problems, who have problems when they grow up. And if it’s not good to always say “yes”, it’s also not good for the child to say “no” at first … and then cave in when they throw a temper tantrum or beg and plead. Teach them that your “no” is firm, but only say “no” when you really feel that it’s a boundary you need to set.

Model good behavior. It’s one thing to tell you child what she should do, but to say one thing and do another just ruins the message. In fact, the real lesson your child will learn is what you do. Your child is always watching you, to learn appropriate behavior. Excessive drinking or smoking or drug use by parents, for example, will become ingrained in the child’s head. Bad manners, inconsiderate behavior, sloppy habits, anger and a negative attitude, laziness and greed … all these behaviors will rub off on your child. Instead, model the behavior you’d like your child to learn.

Let them be themselves. Many parents try to mold their child into the person they want their child to be … even if the child’s personality doesn’t fit that mold. Instead, instill good behaviors and values in your child, but give your child freedom to be himself. Children, like all humans, have quirks and different personalities. Let those personalities flourish. Love your child for who he is, not who you want him to be.

Teach them independence. From an early age, teach your children to do things for themselves, gradually letting them be more independent as they grow older. While it may seem difficult and time-consuming to teach your child to do something that you could do much faster yourself, it’s worth it in the long run, for the child’s self-confidence and also in terms of how much you have to do. For example, my kids know how to wash their own dishes, help clean the house, clean their rooms, fold and put away laundry, shower, groom and dress themselves, and much more — saving a lot of time and work for me. Even my 2-year-old knows how to pick things up when she’s told to do so.

Stand together with mom. It’s no good to have one parent say one thing, just to have the other contradict that parent. Instead, you and mom should be working together as a parenting team, and should stand by each other’s decisions. That said, it’s important that you talk out these decisions beforehand, so that you don’t end up having to support a decision you strongly disagree with.

————————————
Editor’s note: This is a guest post from Leo Babauta of Zen Habits, a father of six children, first posted on August 3, 2008, on the website “Fatherhood, Relationships & Family”, entitled: The Awesome Dad Cheat Sheet: 18 Fatherhood Tips They Should’ve Handed Out at the Delivery Room.