After almost two years of challenging evangelization, the Jakarta Mission finally got a breakthrough when it held its 1st Brotherhood Christian Life Program last June 10-13, 2016 in Sentul Lake Resort and Conference, Sentul City, Indonesia. The program was simplified to fit only for a weekend due to the tight schedules of the participants.

The language barrier was not an issue during the program. All speakers came from the Philippines who delivered their talks in English but were translated into Bahasa Indonesia. During the Baptism of the Holy Spirit, some participants received the gift of tongue while others received the gifts of tears and peace.

By the grace of our Lord Jesus, the whole program ran smoothly and ended with twelve (12) graduates composed of ten Catholics, one Christian, and one Buddhist. All the participants signed their commitment cards including a Jesuit priest who was brought in-house to preside two Eucharistic Celebrations. They were very thankful for the great weekend experience they had with the Lord. They were in high spirit that just after the Commitment, they were already talking to hold the second BCLP within the year. The twelve graduates, just like the twelve disciples, are expected to advance our mission works in Jakarta. They are the following: 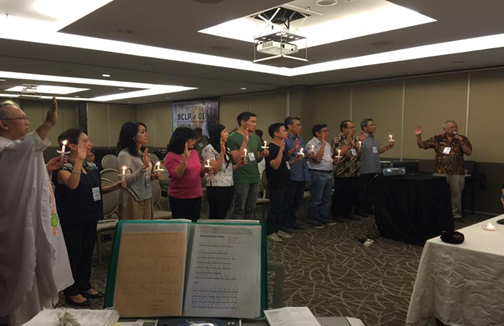 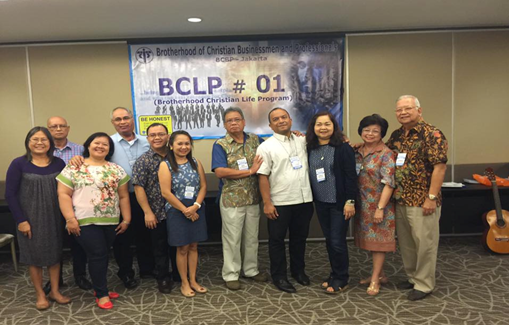 The Mission Team is very thankful for the prayers and support of our brothers and sisters in the community.

To God Be The Glory!