A DIFFERENT KIND OF FATHERHOOD FOR ALL MEN?

A Different Kind of Fatherhood for All Men? 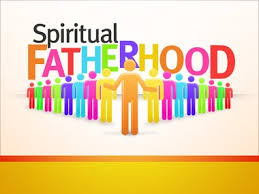 The Ultimate Challenge, at least in this column, is about men and faith. But today I will use an example of a fictional female character to illustrate a different kind of fatherhood.

C.S. Lewis’ The Great Divorce tells the story of a man from hell who takes a bus tour of Heaven. He sees some “bright Spirits.” Amongst them is a lady surrounded by musicians, and boys and girls singing to her and honoring her. The man notices her exquisite beauty but cannot remember if she was naked or not. She was either naked, covered with “joy and courtesy,” or “her inmost spirit shone through the clothes.”

He wonders if this lady with “unbearable beauty” was Mother Mary herself. But his guide quickly corrects, “Not at all….Her name…was Sarah Smith.” On Earth she was no one special, but in Heaven, “She is one of the great ones.” And the many young men and women are her sons and daughters. The man is dumbfounded, saying she must have had a very large family. The guide explains,

“Every young man or boy that met her became her son—even if it was only the boy that brought the meat to her back door. Every girl that met her was her daughter.”

The man asks, “Isn’t that a bit hard on their own parents?”

“No. There are those that steal other people’s children. But her motherhood was of a different kind. Those on whom it fell went back to their natural parents loving them more. Few men looked on her without becoming, in a certain fashion, her lovers. But it was the kind of love that made them not less true, but truer, to their own wives.”

The woman was surrounded by animals as well. This seemed a bit excessive for the man, but the guide responds:

“Every beast and bird that came near her had its place in her love. In her they became themselves. And now the abundance of life she has in Christ from the Father flows over into them.”

The man is amazed. The guide continues, 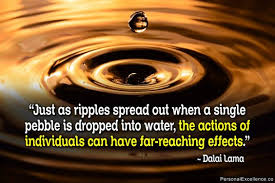 “It is like when you throw a stone into a pool, and the concentric waves spread out further and further. Who knows where it will end? Redeemed humanity is still young, it has hardly come to its full strength. But already there is joy enough in the little finger of a great saint such as yonder lady to waken all the dead things of the universe into life.”
Spiritual Fatherhood

Lewis illustrates a different kind of motherhood. But what can Sarah Smith teach men?

1. There is a “different kind of fatherhood” in Heaven which is first lived out on Earth! It is spiritual fatherhood. It is for all men, even the average single or married man, with or without kids—not just the elite canonized saints. Everyone you meet is your spiritual child, but especially the widow, the orphan, and “the least of them.” The calling of every Catholic man is to “go and make disciples of all nations.”

2. How are we to live out spiritual fatherhood? Spiritual fathers are not possessive and do not use people for their own selfish gain. Paraphrasing Lewis’ lines regarding the animals, every person who comes near a man has his or her place in the man’s love as his spiritual child, and in him they become themselves. When people meet true Catholic men living as spiritual fathers, they are loved deeply and become more themselves, who they are meant to be. This “different kind” of love always implicitly or explicitly challenges them, sending them back to their lives with more love toward others. 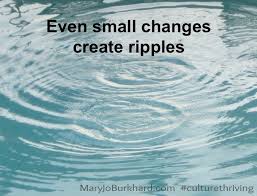 St. John Paul II challenges biological fathers to be the stone that creates the ripples: “In revealing and in reliving on earth the very fatherhood of God, a man is called upon to ensure the harmonious and united development of all the members of the family….” This is the call for all men, as spiritual fathers, not just biological dads!

4. There is a power in spiritual fatherhood! As Lewis says, “Redeemed humanity is still young, it has hardly come to its full strength.” But the joy in only one’s little finger can awaken “all the dead things of the universe into life.” The ultimate power of love and joy culminates in the Resurrection. In the same way, the love and joy of our spiritual fatherhood is the greatest power in the universe!

The ultimate power of and challenge to spiritual fathers: we both conceive spiritual children and resurrect them when wounded by sin through revealing and reliving “the very fatherhood of God” via our love and joy for them. We then challenge them to a fertile love, to create their own ripple effects until they illuminate “all nations.” “Arise, let us be on our way” (Jn. 14:31).

Dave McClow, M.Div., LSCW, LMFT, is a Clinical Pastoral Counseling Associate with the Pastoral Solutions Institute who provides tele-counseling services to Catholics internationally (check us out at www.exceptionalmarriages.com, or call to schedule an appointment: 740-266-6461). For over 25 years he has served in many capacities in the mental health and addiction fields. He is the founder of two text ministries for men: “Faith on The Phone” and “Fasting on the Phone” for Rekindle the Fire’s men’s group and is active on its central core team. He and his wife converted to the Catholic Church in 1996. Since 1999 he has catechized 7th and 8th graders in the diocese of Fort Wayne-South Bend, Indiana. He is currently developing a comprehensive Catholic vision of masculinity that he believes will be an integral and leveraged component of the New Evangelization.

THE SECRET OF JESUS’ PRAYER: “Father”