Kiss Someone Before You Go
~ Anonymous 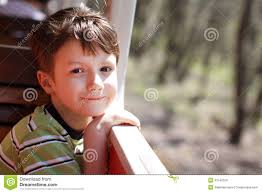 The subway train sways back and forth, its wheels screeching more fiendishly than ever against the tracks. Outside the window the freezing cold of winter rules and the dreary bay looks like a yawning abyss as the train rumbles across it. The carriage is filled with frozen self-centered, bored passengers.

Suddenly a little boy pushes his way in between discourteous grown-up legs – the kind that only grudgingly make room for you. While his father stays by the door, the boy sits next to the window, surrounded by unfriendly, morning-weary adults. What a brave child, I think.

As the train enters a tunnel, something totally unexpected and peculiar happens. The little boy slides down from his seat and puts his hand on my knee. For a moment, I think that he wants to go past me and return to his father, so I shift a bit. But instead of moving on, the boy leans forward and stretches his head up towards me.

He wants to tell me something, I think. Kids! I bend down to listen to what he has to say. Wrong again! He kisses me softly on the cheek. Then he returns to his seat, leans back and cheerfully starts looking out of the window.

But I’m shocked. What happened? A kid kissing unknown grown-ups on the train?

To my amazement, the kid proceeds to kiss all my neighbors. Nervous and bewildered, we look questioningly at his father, “He’s so happy to be alive,” the father says. “He’s been very sick.”

The train stops and father and son get down and disappear into the crowd. The doors close. On my cheek I can still feel the child’s kiss – a kiss that has triggered some soul-searching.

How many grown-ups go around kissing each other from the sheer joy of being alive? How many even give much thought to the privilege of living?

What would happen if we all just started being ourselves?