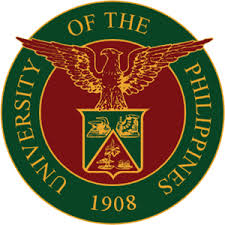 A POSITION PAPER ON THE RH BILLS

By faculty, students and alumni of the University of the Philippines
http://www.ipetitions.com/petition/upiansonrhbill/

As faculty members, students and alumni of the University of the Philippines, we state here the bases of our objection to the Reproductive Health bills (HB 96 and its related bills) that are being deliberated under your supervision.

Given the secular background of UP education, we put forward arguments from reason, to wit:

Population is not an obstacle to development. The bills assume that a nation’s population hinders its development that is why they push for the promotion of a two-child policy, massive distribution of contraceptives, sex education (to acquaint young people with contraception), and sterilization, all of which make use of taxpayers’ money. However, as early as 1966, Nobel Prize winner Simon Kuznets’ research has shown that there is insignificant empirical association between population growth rates and output per capita (economic growth). Rather, it is the rate at which technology grows and the ability of the population to employ these new technologies efficiently and widely that permit economic progress. Kuznets saw that the basic obstacles to economic growth arise from the limited capabilities of the institutions (political, social, legal, cultural, economic) to adjust. He argued instead that a more rapid population growth, if properly managed, will promote economic development through a positive impact on the society’s state of knowledge. His findings have been confirmed by similar studies by the US National Research Council (1986), the UN Population Fund Consultative Meeting of Economists (1992), Eric Hanushek and Ludger Wößmann (2007), among others.

The government has to channel limited funds to job creation and education. The latest report of the Asian Development Bank (ADB) entitled Key Indicators for Asia and the Pacific 2010 notes that the “middle class has increased rapidly in size and purchasing power as strong economic growth in the past two decades has helped reduce poverty significantly and lift previously poor households into the middle class.” Two factors were reported to drive the creation and sustenance of a middle class: a) stable, secure, well-paid jobs with good benefits, and b) higher education. And so, why not create more bills that will strengthen these two factors instead of channeling our limited funds to contraception and sex education?

Fertility rates in the Philippines are progressively decreasing. Our Total Fertility Rate (TFR) has declined by more than 50% in less than 50 years: from an average rate of 7 in 1960 to an average rate of 3.1 in 2008. Our TFR is expected to reach the replacement level of 2.1 in 2025 without massive government intervention like the passing of a population control or RH bill. The passing of an RH bill will only accelerate this. The latest November issue of The Economist entitled “Japan’s burden” spells out the effects of an aging population and it would be foolhardy for us as a nation to push ourselves deliberately towards that direction. In 2004, Joseph Chamie, Director of the UN Population Division, reported that 60 countries have TFRs below 2.1 which means that they will eventually experience decline and aging. He asserted that the efforts of these countries to raise fertility rates will not be enough to bring them back to replacement levels. Many of these countries are now asking their people to have more children. Why then are our legislators thinking of cutting down our best asset, our people? Should this push through, future generations of Filipinos will be forced to pay for the mistake of government’s intervention to manipulate a decrease in our population and suffer its ill effects as already experienced by other countries.

The government has to channel limited resources to address the leading causes of death. In the latest available Mortality Country Fact Sheet (2006) of the World Health Organization on the Philippines, the following were listed as the main causes of death: lower respiratory tract infections, ischaemic heart disease, tuberculosis, hypertensive heart disease, perinatal conditions, cerebrovascular disease, violence, diarrhoeal diseases, diabetes mellitus and chronic obstructive pulmonary disease. Can we not channel our limited resources towards curbing these diseases—and violence—instead of using them for contraception and sterilization?

Condoms are not a wise investment. We have the lowest incidence of HIV cases after Bangladesh in the ADB report mentioned above, whereas Thailand, which has been regarded as the model in condom promotion, has the highest. European epidemiologist Dr. Jokin de Irala refers to “risk-compensation” as the reason for higher HIV-AIDS incidences when condoms are promoted. Moreover, human papillomavirus (HPV) infection, by far the most common STD and a risk factor for cervical cancer among other diseases, is not prevented by condoms. HPV spreads through skin-to-skin contact, unlike AIDS, and condoms cannot cover all possible infected skin—a fact that is not commonly known. Why spend millions to buy condoms when they are shown to increase incidences of STDs? A government-sponsored nationwide condom distribution will only fatten the pockets of condom manufacturers.

Oral Contraceptive Pills (OCPs) have been classified by the International Agency for Research on Cancer (IARC) as Group 1 carcinogens. OCP use has been associated with an increased risk of premenopausal breast cancer in general (an increment of 19%) and across various patterns of OCP use, with the highest risk observed among those who use OCPs for 4 or more years before their first pregnancy (an increment of 52%), according to a 2006 meta-analysis of over 34 studies dating back to the 1980s. Corroborating these data was the landmark 2002 randomized controlled trial by the Women Health’s Initiative which pointed to a 26% higher risk of breast cancer for post-menopausal women who had received hormone treatment in addition to 41% more risk of cerebrovascular disease, 29% more risk of myocardial infarction, and 112% more risk of pulmonary embolism.

Another study by Moreno et al. in the Lancet also points to an increased risk of cervical cancer with OCP use. And lastly, OCPs have also been shown to increase the risk of cardiovascular diseases, especially venous thrombosis and ischemic stroke. Will our government legislate a bill that will use taxpayers’ money to further expose women to all these risks?

Our main argument boils down to this: that it is the State’s duty to order society by promoting the well-being of its citizens. Thus, it is a disservice to legislate what constitutes harm to its people. We pointed but a few of the studies showing the harmful effects of contraception to society, the family, the youth and women’s health. While it is true that the State cannot stop people from using contraception, since they may personally choose to expose themselves to its risks, it is not the State’s job to facilitate access to what is harmful.

What the government should do is craft laws that prevent people from harming themselves or more positively phrased, help them develop themselves and society. We urge the legislators to dump the contentious and flawed Reproductive Health bills and to pass more bills strengthening the Filipino family, protecting its citizens against the risks of contraception, defending the scientific fact that conception begins at fertilization, providing essential medicines for the main causes of death, making quality education more accessible to Filipinos, and providing more jobs.

For the love of our country.

Submitted on December 19, 2010, to the BCBP Portal by BCBP Board of Trustees Chairman Bobby Atendido.

am sharing this to all my colleagues, friends, acquaintances. highly informative -thanks

Thank you for this very informative article. I will pass it on.