Here is a situationer for Western Visayas Area in the aftermath of ST Yolanda: 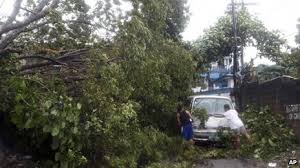 Roxas City. With BOT Gau, RCD Jimi, incoming Iloilo CH Bob, and SM Jimmy Ascalon, and thru the generosity of bro Reyno Garcia, we motored to Roxas City to lend support to brothers and sisters there last Monday, Nov 11. What ordinarily takes 2 hrs, the trip took a net of about three hrs, with the road to Roxas City a virtual obstacle course, littered with fallen trees and downed powerlines. Most houses made of light materials along the way were severely damaged. Even steel trusses of some tall structures were twisted beyond recognition. In some stretches people occupied part of the road under makeshift shacks.

BCBP Roxas CH Norman reported that the houses of 90% of members suffered damages in varying degrees. Food was not a big concern. But they had to line up for water, gasoline, and to charge cp’s. Candles were in demand because of the total blackout. Power maybe restored in the main section of the City by this weekend. For the rest of Capiz, it will take a month or more.

The Iloilo Chapter gave a P10,000 fund to CH Norman in addition to 6 boxes of bottled water worth nearly P1,600. The P100,000 requested from National Office is still in transit. The amount will partly help members and also be used for emergency relief work for selected barangays.

Kalibo. According to Bro Arlen Magallanes, former BCBP Kalibo CH, the town has generally not been
badly affected by the typhoon. CH Rane confirmed they are not seeking financial help from National Office.
They are in fact providing assistance in kind to Roxas.

Boracay. No communication has been received from or about BCBP Boracay. There has also been little
adverse report from media on the island resort.

Iloilo City. The damage to Iloilo City has reportedly not been as extensive compared to the northern towns of Iloilo where the typhoon first made landfall in Panay. BCBP Iloilo and BCBP Molo both based in the City are linking up with BCBP in Capiz to provide help.

Estancia. No direct contact has been established with BCBP Estancia. An Iloilo Chapter group is set to go tomorrow Nov 14 to check on the condition of, and see what is needed by members in said town which has reportedly been badly hit by the typhoon. Power, communications are still unavailable. 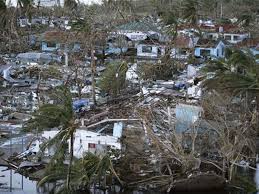 BCBP Molo – Iloilo on the otherhand is planning a sortie to bring relief goods to Estancia and neighboring towns in the coming weekends.

In NEGROS
In Negros Occidental, BCBP Negros ( Bacolod North and South and Silay Chapters ) are scheduled to distribute relief goods in Cadiz City this Saturday, Nov16. Bacolod and neigboring towns and cities have reportedly not been badly affected.

In Negros Oriental, there are no reports from BCBP Dumaguete, Bais and Siquijor.

The typhoon reportedly did not affect Bohol much. In fact, BCBP Bohol has endorsed use of the remaining “earthquake funds” to assist areas devastated by Typhoon Yolanda.

AN APPEAL TO PRACTICE THE REAL ESSENCE OF CHRISTMAS, NOW NA!

If i prefer to directly remit a little amount to the National BCBP for Yolanda victims, how do i go about it? is there a depository bank where financial contribution for Yolanda survivors can be channelled?