Prologue:
Terror engulfed the City of Zamboanga at the break of dawn on Sept. 9, 2013, and everybody was glued on either the radio or the TV (or both) to know what was happening, as we heard gunfire from machine guns and mortars. The bad news was that Zamboanga City was under attack by the MNLF supporters of Mr. Nur Misuari. It was then the beginning of the three-week ordeal for all the Zamboanga citizens, with five affected barangays (Sta. Catalina, Sta. Barbara, Talon-talon, Rio Hondo, and Mampang) as the arena of battle. Nevertheless, as the firearms can reach up to 3 km. distance, we were as though held hostage in our homes, because we were not free to go anywhere, as stray bullets just soared anywhere, victimizing innocent civilians. 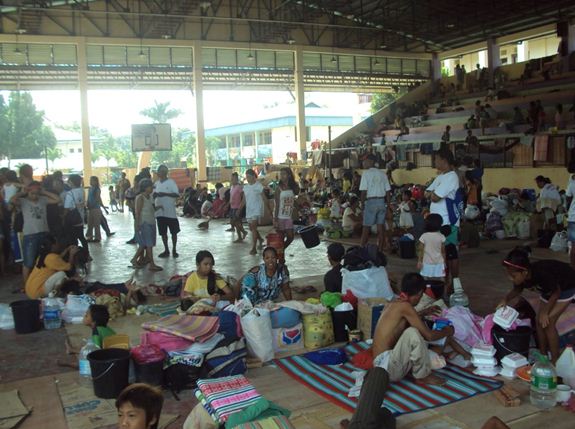 Houses were burned, and hostages were taken to serve as human shields. Bro. Vic and Sis Malou Merjuan of the BCBP Ipil Outreach were among the hostages taken. More than 125,000 people evacuated to several evacuation centers – for fear of their lives and for the safety of their family. Schools outside the danger zone perimeter were transformed into evacuation centers, but the main bulk of evacuees were brought to the Baliwasan Sports Complex.

Such was the scenario for all the BCBP Zamboanga City members – and we vehemently prayed that the crisis will soon end. 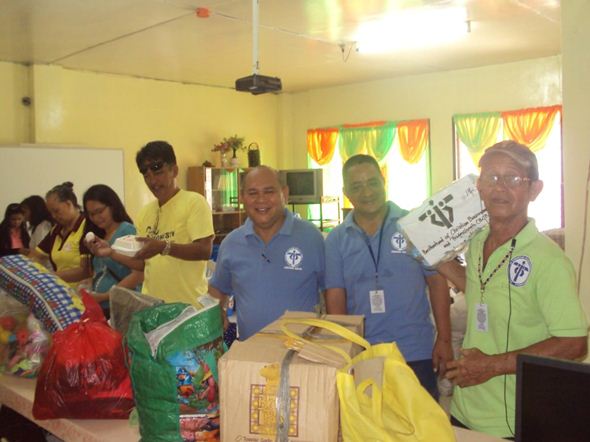 Love for the Community (thru ArrozCaldo, Grocery Items and Toiletries)

As we adhere to the Core Value of love for God expressed in our love for the community and for the country, the BCBP Zamboanga City Chapter mobilized the PSD Social Action Ministry, on Sept. 9, 2013. Assorted grocery items (biscuits and bottled mineral water) were bought and delivered to the Sanguniang Panlungsod Relief Goods Center. The goods were received by the honorable Councilor Myra Paz Abubakar, the Officer-In-Charge for all relief goods. That was still the first day, and the number of evacuees at the grandstand was still at about 7,000 people – adults and children alike.

With the intense desire to help the evacuees, the BCBP Zamboanga City Chapter Head –Kuya Lino Genel, forwarded a request, to the BCBP National Office through AMD Jong Tiro, on September 11. This was a request for an emergency financial assistance to purchase more relief goods. Approval for the request was sought from the BCBP National President – Bro. Lino Manny Jimenez, and a Php 20,000 financial assistance was finally given on September 12. With all banks closed and with the bank requirements for Check transactions, the money was only available for withdrawal on the 18th of September.

Meantime, on September 12, the BCBP Zamboaga City Chapter bought additional grocery items (sardines, bottled mineral water, biscuits, etc.) purchased from the available funds of the community. The following day, the Chapter Head initiated through telephone and text messages, the solicitation of donations in the form of used clothing, kitchen utensils, blankets, mats, toys (for the children) and anything that could be of use for the evacuees, the number of which already bloated to about 40,000. Members of the chapter responded generously. 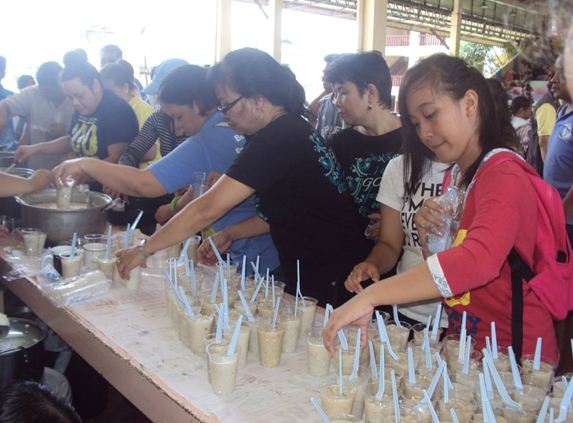 With the Php 20,000 aid from the National Office, more grocery items and toiletries (bath soap, toothpaste, diapers, etc.) were bought on the 18th of September. Assorted donations continued to pour in, as members came with packs of goods. Two evacuation centers were chosen as recipients and these were the Tetuan Central School Evacuation Center (4,000 evacuees), and the Putik Central School Evacuation Center (400 families).

The looks of the innocent children, the anxious parents, the overworked volunteers, the tired soldiers, the barangay officials, and the school officials – all signified HOPE, that each one is his brother’s keeper, regardless of religion and status. We are very much thankful that God has given us the BCBP Zamboanga City Chapter, the opportunity to be the mirror of the image of Christ to others.

Houses have been burned, people were traumatized, families were displaced, but in all these, Zamboanga City as one big community rose from the ashes – armed with prayers, love and compassion. Hostages were released including Bro. Vic and Sis Malou, andto date, more rebels have surrendered.

Amidst the turmoil, the BCBP Zamboanga City Chapter stood firm in offering love to the community. We continue to serve and bring Christ into the marketplace – which in this case, the Evacuation Centers. To God Be The Glory. 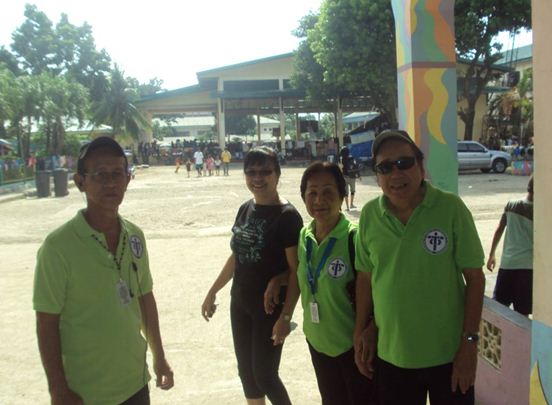