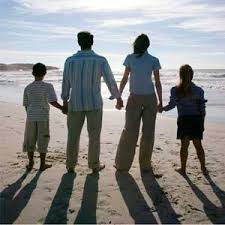 AS I watched Christ’s faithful gather symbolically in the Upper Room on Holy Thursday, around Calvary’s cross on Good Friday, and at the empty tomb on Easter Sunday, a wave of joy flowed over me. Swept up like a chip of wood on the surface of a boiling wave by the power of the community singing, I recalled the unity in faith and hope of the millions who gathered 25 years ago at Edsa. But still there was an undercurrent of sadness, sadness due to the realization that the official Church no longer stands with a united people but with one part of a nation divided; and that the struggle is carried on, no longer in the respectful manner of the crowds at Edsa, but in an atmosphere of personal animosity and demonizing.

The sadness is made deeper by the sense that in the debate over the RH bill, the Church seems to have backed itself into a no-win situation. If the bill passes over the total opposition of the hierarchy, there will be gloating in some quarters and a sense of “Who’s afraid of the big bad Church?” If it is defeated by the opposition of the Church, I fear a powerful backlash at the Church’s “interference in politics” and “reliance on political power rather than moral suasion”—the beginnings of an anticlericalism such as has overwhelmed formerly Catholic bastions such as Spain and Ireland.

With all due respect for the position of the Philippine bishops, I do not see that total opposition to the bill necessary, once one gets past the polemics. First of all, the bill does not legalize contraceptives; they are already legal and may be purchased in any drugstore. What the bill proposes to do—rightly or wrongly—is to subsidize the cost of contraception as well as natural family planning to the poor. Neither does the bill legalize abortion; on the contrary it reaffirms the constitutional prohibition. It is highly probable in fact that if contraceptives become more available to the poor, the scandalous number of illegal abortions performed annually will be dramatically reduced.

On the tricky scientific question whether the IUD and some contraceptive pills may prevent the implantation of a fertilized ovum in the mother’s womb and so destroy a human life, the current draft of the bill passes the responsibility to the Food and Drug Administration, which should ban any such “contraceptives” from drugstores throughout the country.

On the matter of sex education in the schools, the same draft allows parents to “opt out” for their children, i.e. to have them exempted from such classes. This is an improvement, although it would seem better to allow religious schools to develop their own programs. It may be still possible to negotiate for this. There is a graded set of modules on sex and population education already available, prepared by teachers of Catholic schools under the leadership of the Office of Population Studies Foundation of the University of San Carlos, and bearing the imprimatur of Ricardo Cardinal Vidal.

Other improvements may still be possible. One might be to strengthen the “conscience clauses” protecting health workers and teachers whose religious values conflict with certain aspects of the bill. Another could be representation of religious bodies on an oversight committee to make sure that freedom of conscience is fully respected in the field.

A sticking point for many is that the bill would subsidize the distribution of contraceptives to the poor. The Catholic Church, while recognizing the fundamental moral difference between contraception and abortion, still insists that the former is wrong. It debases the most sacred act which a husband and wife can perform: cooperation with the Creator in bringing into existence a new human person destined for eternity with God. Here it would seem more consistent for the Church to initiate a vigorous program of family life and natural family planning education for its people, helping them to form their consciences and make responsible decisions on this matter, rather than trying by political means to keep them away from “temptation.”

Which brings up what to me seems to be the most important issue here, namely, the family and family values. The charge is made that the RH bill will destroy the Filipino family. On the basis of more than 25 years of pastoral and social work in Payatas, and some seven years sponsoring natural family planning programs, I can say that the family is already at great risk—and not because of contraceptives.

While the dedication of many young people—our scholars and former scholars—to helping their families, and the sacrifices that they are willing to make, are sometimes overwhelming, these are often one-parent families abandoned by the fathers who have gone on to father second and even third families. Or no-parent families abandoned by both father and mother and being raised by grandparents. Moreover, one main reason why only some 20 percent of the women who take our seminars on natural family planning actually practice it is precisely the unwillingness of the husbands to cooperate.

Our family-life seminars seem to be much appreciated. If only the effort and resources being now invested in opposition to the RH bill were being used for serious family-life education and family support services, there might be little reason to oppose the bill. And our Holy Week services might be true celebrations of unity, mutual respect and love.
* * *
Comments welcome at jcarroll@ateneo.edu.

It is naive to pass the RH bill as it is written and hope that amendments will be made in the future. It needs to be rewritten or replaced by a bill that excludes all offensive language. Better to ask the government to use taxpayer funds for the basics instead of questioning the CBCP’s use of donated funds for “Her perennial mission of saving souls through the conversion and sanctification of sinners and individuals outside the Church.”
http://www.remnantnewspaper.com/Archives/2011-0515-jesuits-kim.htm

can you please begin by clarifying when it is in the reproductive cycle that a human being is “formed” and a soul is “born” in the union of a sperm and ovum. and also please define what is an abortifacient as opposed to a contraceptive in view of the physiological union of sperm and ovum, and its implantation in a mother’s womb. these definitions have to be both scientifically and spiritually precise to begin discussions with regard to “birth control” in the light of faith or the Christian religion.