ARCHBISHOP PALMA: MUCH IS AT STAKE IN THE FIGHT FOR LIFE 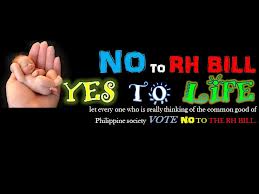 The bill, if passed would allow for universal access to contraceptives, birth control and intrauterine devices (IUD). The bill would also enforce “sexual education” on children starting at the 5th grade level.

Archbishop Jose S. Palma of Cebu and current President of the CBCP, denounced the move by Congress, saying it was done when “no one was looking”. “Except for the cabal of schemers, people were caught off-guard by the suddenness of the execution, especially those who oppose the Bill on faith or principle,” he wrote.

The Filipino prelate went on to say that he was disappointed at the apparent display of ‘naked power’ as well as lamenting ‘the unilateral disregard of prior agreement in the pursuit of selfish goals’. Archbishop Palma denounced the Congress’ actions as well as President Benigno Aquino III’s support of the bill, going so far as to say that the president’s intrusiveness was “reminiscent of the events leading to the impeachment proceedings.”

“The Catholic Church and those who are similarly minded ask for nothing more than fairness. After all, we have as much right to expose the dangers and ills of the Bill as those who promote it,” he wrote. Archbishop Palma affirmed that much was at stake in the fight for life, highlighting several threats to the Filipino population, including health and safety hazards as well as “suppression of dissent and civil liberties through threatened imprisonment and gradual annihilation of the Philippine race through systematic reduction of maternal fertility rate.”

The president of the Catholic Bishops Conference of the Philippines concluded his letter commending the legislators who have fought against the bill and urging Catholics to unite against the bill. “Truth is on our side,” he said.

“Developed countries with dwindling population are beginning to realize the folly of population control, and some, like Singapore, regret having adopted it. Most importantly, the Bill’s anti-life features go against our Constitution, our treasured traditions and the basic teachings of the Catholic Church as enunciated years ago by Pope Paul VI and Blessed John Paul II.”