“Blessed are the meek; for they shall possess the land.” Luke 6:20

In the midst of the all the widespread grief over the recent calamities of typhoons and earthquakes we reflect on the messages of former Pope Benedict and our present Pope Francis. 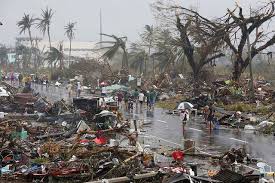 “The struggle against poverty in the Philippines calls for honesty, integrity, and an unwavering fidelity to the principles of justice, especially on the part of those entrusted with positions of governance and public administration,” Pope Benedict said in an article posted in the Catholic Bishops’ Conference of the Philippines (CBCP) website.

I believe this call alongside their (Francis and Benedict) prayers and compassion for the disaster and storm victims, is not misplaced at all if ever. In their comments and reflections they have made mention on several occasions of their faith in the Filipinos to shine even in the face of these difficulties, making bold steps to rid themselves of man-made oppressions, such as poverty and corruption.

It really is appropriate at this time to talk about change because all over our media right now are laments about the lack of political will, the condoning of informal settlers or ”squatters”, for political purposes like the upcoming elections and the ever-frustrating corruption that has plagued national and local governments leading to our worrisome state of affairs right now.

We are in the confluence of a lot of compromises, which now wreak havoc in Metro-Manila. Obsolete or ignored regulations on land use, constriction of waterways and sewage systems, private contractors paying bribes to local officials to make them turn away from building regulations, as in subdivisions and malls built in catch basins, covering of creeks and unregulated growth of fish pens. And it is not only in Metro Manila that this is happening, but in many other areas throughout our country! There are also the scandals being aired in the Senate and Congress as well as the graft and corruption in the importation of rice and other necessary commodities. 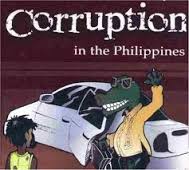 Hence, they are not really barking up the wrong tree. They are really pointing us towards the direction of social justice and the transformation of our democratic society and the return of environmental respect for our natural surroundings.

Fr. Manoling Francisco SJ in a theological lecture several years ago stated that many of the faithful are misguided when they suppress their anger and discontent for the way things are around them. For instance, for the way rampant corruption is causing many ills in our society. Or for some family members who are abusing their kin such as battered wives trapped in a horrible relationship. Many people refrain from giving way to their discontent, which they feel is ‘sinful’ or unsaintly.

He pointed out the flawed notion that an upright Christian must be meek, translated as a person who never gets angry and is gentle to all including his tormentors and enemies. The picture is then of a person who is a pushover and a subject of abuse. Another source of misunderstanding closely connected to this is Jesus’ teaching on turning the other cheek.

Fr. Francisco believes this is hardly the situation nor the character that Jesus was. The clarification comes from his teaching of turning the other cheek. In Hebrew society at that time when slaves were still to be had, there were several levels of society that one had to deal with. Even when it came to slapping a person’s face (obviously one with whom you have a disagreement) one would slap an equal with his forehand (his palm). A slave on the other hand would be slapped only with the backhand (or the opposite of the palm). By turning one’s cheek (assuming one addressed by Jesus was a slave or oppressed) after having been slapped, one therefore stops the abuse, as the ’oppressor’ would have to use now his palm thereby elevating the slave or the oppressed to a status of equality, which he (the oppressor disdains).

The real Jesus therefore is to be viewed as a firm reformer who stood up to the authorities of his time. He was one who was truly in touch with the oppressed and their issues. He took the Pharisees to task when it came to their placing overbearing burdens on the faithful and took advantage of them in many ways. Hence, we can see why Jesus was hated by those he criticized, leading up to his eventual crucifixion.

Mother Mary is not far behind as a model of revolution and in using her inner strength to bring about the gospel of Salvation introduced by her son, Jesus. Fr. Rene Oliveros SJ, in the same theological series, explained:
“Read again through Mary’s “Magnificat,” (Luke) and we see Mary as revolutionary and empowered; not the stereotyped image of her that we see in Catholic stampitas as: “meek and mild.” Mary today is slowly seen as icon even amongst Protestants (primarily in U.S. via the feminist movement} as a model of strength and courage not only for women but for all Christians. She was first disciple of her son. All through Jesus ministry she was there, immersed in the mystery of Christ–and yet she kept everything in her heart. Her strength is not like of that of ‘machismo’ type. It was an inner strength to be able to submit to God’s will and design with courage. In short, it was her unwavering FAITH in God that made her remain steadfast and faithful to God and her son.” 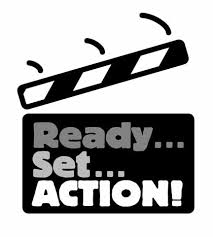 Hence, with these two primary models of strength and courage to bring about change, even in our earthly societies, we are then empowered. In our imitation of Jesus and Mary, we shall find ourselves no longer willing victims of abuse, oppression and social injustice. We shall find ourselves seeing Christian values as those, which do not accept unjust structures, laws, situations, intolerant of all that continue to prey on the weak and powerless.

This I believe is the call of our times, our primary ATTITUDE FOR ACTION. It is a call to action, not just reflection and contemplation. It is about making a stand.

‘Blessed are you when people hate you, and when they exclude and insult you, and denounce your name as evil on account of the Son of Man. Rejoice and leap for joy on that day! Behold, your reward will be great in heaven. For their ancestors treated the prophets in the same way. Luke 6:23

WHAT IS YOUR VOCATION?