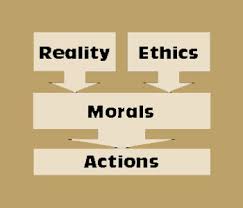 The Civil Service Commission recently organized three sessions of pre-forum consultation/workshops on ethics and accountability in government. The output will be presented to President Benigno Aquino III, in compliance with his platform of Good Governance.

The first group was composed of the civil servants in the local and national levels. The youth and the academe comprised the second consultation/workshop. The third was participated in by the military, religious, media, foreign embassies and international development community, and, business and professional organizations.

The BCBP, represented by Francis and Edel Mapile (former Chapter Head of BCBP Manila), was part of the religious sector in the third and last session on Oct. 22, 2010 at CSC Building in Quezon City. The membership of the religious group included: the BCBP, the Vicar of the Diocese of Novaliches Fr. Antonio Labiao, Asst. Sec-Gen of CBCP Msgr. Joselito Asis, and leaders from the Couples for Christ, Knights of Columbus, Iglesia ni Cristo, The Kingdom of Jesus Christ, and the Metro Manila Christian Church.

The forum was organized on three premises: 1) We are the first beneficiaries of the improvement in the civil service; 2) past and present discussions do not dictate future ones; 3) we regard the new administration as an opportunity for transformation.

The participants were tasked to come up with the five most important issues they want addressed, the signals and indicators that these issues are being addressed, and what they can do to help.

The first consultative/workshop group (civil servants) listed several issues it felt needed to be addressed in order to improve the civil service. Appointments in the government service, as well as recognition, promotions, and discipline, should be based on merits and fitness in order to put an end to confusing messages. The evaluation of performance of the government is organizational; there is unevenness in administrative discipline (felt to be selective and unfair), and salaries do not support performance. The group also brought out the present practice wherein changes in leadership in the political level often result in the discontinuation of good projects.

The second consultative forum of youth and academe pointed out a high incidence in five types of behavior: graft and corruption, absenteeism and tardiness, immorality, inaction in public demands, and inaction of cases. The youth and academe also felt that some groups of society ( esp. the young, poor and minorities) do not have same access to careers in government as others, and that many civil servants are ignorant of the disadvantaged (youth, poor, minorities) and their plight. Another problem area that concerned the group was that the government is transmitting unethical behavior to society.

In the third consultation/workshop held October 22, while the individual group reports still have to be collated, Edel Mapile shares her notes from their participation and discussions in the religious group. This group identified the following five important issues and areas of concern, together with ways that their group could help in those areas.

Firstly there is a lack of sustainable programs to address graft and promote ethical standards. The indicator that such programs are effective is “if no one steals”. Formation programs on the development of moral personal conscience are needed. Secondly, there is a lack of faith and action, many situations exist wherein needs are not really being addressed. The group recommends increasing focus on community-based programs, particularly at barangay levels, involving parents, children, family, and patronage politics.

The third important issue the group identified is the existing culture of silence or apathy, a numbness to ethical standards. Overcoming this apathy was seen as possible through such continuing programs as pastoral accompaniment to leaders, spiritual rehab of leaders, the identification of and development of role models, etc.

Too many laws on graft and corruption and too poor enforcement were singled out as the fourth area. The group proposed that ethics subjects in schools be strengthened.

The fifth important concern was identified as a palpable “lack of conscience”, an area that actually touches, either directly or indirectly, the other four important areas. Laws on graft and corruption should be consolidated and communicated; and there must be more effective and consistent enforcement that would include accountability. Report filed by Edel Mapile, BCBP Manila.

SOCAL PRAYS FOR THEIR BCBP COMMUNITY

Thanks, Francis and edel, for not only attending, but actively participating in the CSC Forum. Your vast esperience in the civil service has augured towards the forum’s success! And great write-up, Edel! Congrats and God bless!