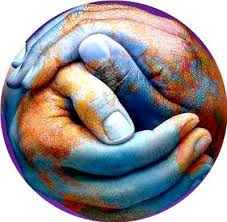 Today’s challenges can only be overcome by remembering that the destiny of each one is inextricably linked to that of everyone else. Relationships not only make us more human but also more understanding when considering the values upon which our social life and culture are founded. This was the main emphasis of Pope Benedict XVI’s New Year’s meeting with authorities of the City, the Region and the Province of Rome as reported by the Vatican Information Service in ZENIT, the Vatican’s News Agency.

The Holy Father classified the present crisis facing citizens of every country worldwide as an opportunity for the entire community to rediscover the values – acceptance, solidarity and legality – which address the promotion of the integral good of humanity. He said that only by being aware of these values can we realize a society that is just, fair and united, with a positive end result favoring economic recovery.

He identified the causes of today’s crisis as individualism and personal selfishness, the consequences of which are “speculation in housing, increasing difficulty for young people to enter the world of work, the solitude suffered by so many elderly, the anonymity which often characterizes urban life, and the sometimes superficial attention paid to situations of marginalization and poverty.”

The Pontiff reminded his audience that we must exhaust all necessary efforts in learning to live in harmonious, working relationships with other people. Even more importantly, he stated, is man’s relationship with God, “Who alone is capable of welcoming man unconditionally and of giving him infinite love.” Ways need to be developed to integrate people into the social fabric, he posited, because only with social acceptance accompanied by solidarity, charity and justice can man’s humanness in society be realized.

Families are especially important and must be defended for they construe the very foundation of mankind today. Benedict XVI insisted that the family, founded on marriage, is an essential cell of society and must be protected from the myriad attacks on it that seek to destroy and damage this nursery of Christian values. He invited institutions and authorities to implement policies which would ensure not only support for families but also help young people find gainful employment and their rightful place in society. Such policies need to be fair, just and promote the common good, even as they strengthen the nuclear and expanded families in society.

At the end of a recent (Feb 15, 2012) general audience with representatives of the National Association of Large Families, the Holy Father again focused on the great importance of family solidarity. “In today’s social context, families with many children are a witness of faith, of courage and of optimism, for without children there is no future,” he said.

He added that he hopes “adequate social and legislative measures for the safeguarding and support of larger families will continue to be promoted, since these families constitute a source of wealth and hope for the entire country.”

LIVING A LIFE OF HOLINESS