BUSINESS IS BETTER WITH THE LORD

Imagine being confronted with the 9-11 tragedy plus the SARS outbreak, both adversely affecting the travel business! Despite these setbacks Bro Francis’ fledgling travel business made progress – once he joined the BCBP and appointed the Lord as his BOSS.
———————————————-

After finishing AB-Economics in 1997, I tried going into business. First I tried selling flowers and fruit but I wasn’t satisfied. Since my father is a lawyer by profession, now a retired government official who served from the time of Cory Aquino to Fidel Ramos, I decided to enter Law School. I spent one year in San Beda law but soon realized that this profession wasn’t for me.

In 1999, my whole family went on a vacation to the United States. During that time, I decided to stay and tried working for my uncle’s travel agency in California. This was my first taste of independence, away from my family, away from my Shasha , my college sweetheart, and away from all my friends. It was exciting at first but I soon missed home and returned to the Philippines.

Next I began working for a travel agency owned and managed by my mother’s siblings. I started out as a secretary then eventually became an operations manager. This was where I trained well in the travel agency business.

After two years I thought of starting my own business so I eventually resigned from my work but before I finally left the company, I was invited to a BCBP breakfast in Makati Sports Club and subsequently the Christian Life Program which was just about to start that same week.. Since Shasha had already taken her Christian Life Program abroad and was so passionate about her experience and service to God in her community, I felt that this was my chance to experience what she had been telling me about. 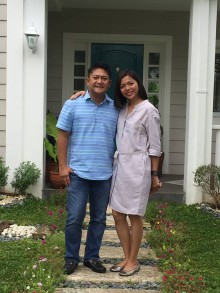 On the first day of the BCLP, I was intimidated by the number of people inside the room. One member saw me at the door but I just made an excuse not to attend and promised to be there the next week. The following Wednesday came and again I was thinking of another excuse. But this time the Lord made sure of my attendance because for some reason my prepared excuse suddenly left my mind and I found myself squeezing in to that small room at the Santuario de San Antonio in Makati. I was immediately touched by the talk given by the speaker Roy Calleja and never allowed myself to be absent again in the succeeding sessions. It was as if the Lord called me by name and held on to my hand as I entered that room.

This was a turning point in my life. As I was unemployed during that period and trying to conceptualize the business that I had in mind, I was also reflecting on the reasons why I was attending the BCLP. I was slowly planning on starting my own travel agency but factors such as capital and timing were against the flow of my thoughts.

Then the September 11 incident happened. Everyone was afraid to travel and travel agencies started closing down because of the situation. My parents also discouraged me to start the business at that time. I felt desperate and hopeless, really uncertain of what I was going to do.

However, I continued attending the BCLP and little by little, week by week, my questions were answered by the messages of the speakers. On November 15, 2001, a few weeks after my baptism of the Holy Spirit, I received a very special blessing from God – I opened my own Travel Agency – TripMart! The business started with only myself, an all-around staf,f and no other than the Lord Our God as our BOSS! Truly it was an answered prayer for me…being able to start my own business and being able to attend the Christian Life Program simultaneously. Sobrang Galing ni Lord!!! (The Lord is sooo Good!!!)

We tried to grow slowly but less than a year after we started, SARS came along and the travel industry was badly affected. It was very difficult for us then because of the increasing costs and the drastic and significant drop in ticket sales. I could have lost hope but I prayed hard and the Lord answered my prayers. The business began to pick-up slowly. The problems became bigger as well but with the Lord’s help, I knew that everything would be OK.

I began my service in the BCBP as an active servant in the Tarlac BCLPs and the Makati BCLPs as well. I remember during the Tarlac BCLP, since it was held on a Saturday, and since it was only I and my staff who were manning the office, we would go to work early in the morning and close the office at 10 AM instead of 1PM just to drive all the way to Tarlac and serve. That was when I found real meaning and fulfillment in my life. Together with Shasha, we started to grow in our respective communities and eventually I became an action group leader almost at the same time when Shasha became a household leader in her community. 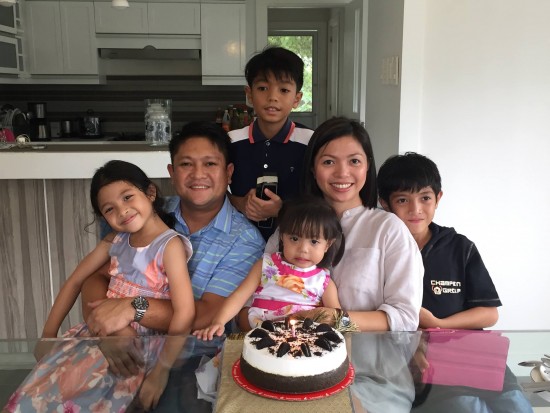 Shasha and I were married on December 30, 2004. We were happy and excited to have our own family. Shasha shares, “During the second trimester of my pregnancy, I was invited by Francis to attend the CLP of the BCBP in June 2005 so that we could be in the BCBP community together. Everyone in the CLP witnessed my tummy getting bigger and bigger. Many brothers and sisters in the community said, “Maswerte ka kasi CLP baby yan!” Yes, I believe it was good fortune because when I finished the CLP, I gave birth to a healthy baby boy nicknamed Franco. As soon as the baby was born, he just smiled and smiled … such a happy baby – he already knew the Lord since he had attended, in my tummy, the Brotherhood Christian Life Program.”

Brothers and sisters, my life has changed since I joined the Brotherhood. It is not anymore coincidence. I started my business right after my CLP. Shasha and I took the BCMR, Brotherhood Christian Marriage Retreat after we were married and our first child was born. The Lord really planned everything for us.

In most of my decisions, I always consult the Lord because I know that everything that happens is part of His great plan for me. In the office, we make it a point to pray every morning as a company. In fact, a few years ago, our company was so blessed to have a Life in the Spirit Seminar for our employees. It was again another affirmation from the Lord that He is the reason for our business and livelihood. I really feel that the Lord is guiding our company. Because I know that our company is an answered prayer, I owe it to Him to also try to bring our employees closer to our Lord.

Being a member of the BCBP, however, is not a guarantee that we will be free from trials and challenges. From time to time, our company still experiences financial challenges and other concerns. But our Lord always gives His assurance, especially in James 1:2-4, 6.

“Consider it all joy my brothers when you encounter various trials for you know that the testing of your faith produces perseverance and let perseverance be perfect so that you may be complete, lacking in nothing … but … ask in faith not doubting for the one who doubts is like a wave of the sea that is driven and tossed about by the wind.”

It is in these challenges and trials that we truly experience God’s love and miracles. During the times when we were in need of financial assistance, God never failed to help us. At all times and even until now, He sends people as instruments so that we may be able to meet our financial needs and obligations.

These experiences have taught me two things that are important in being a Christian Businessman. They are Humility and Gratitude. God wants me to be humble for it is in being humble that he makes His graces work abundantly in me, and through me. We just have to trust in Him and thank Him at all times.

HOW TO UNLOCK THE VALUE OF THE BEST PEOPLE

YOU ARE A WITNESS AT JESUS’ TRIAL: WHAT WILL YOU SAY?

This young couple has been an inspiration to us. Putting God in the center of our life is really a good decision specially if you are experiencing trials in your life.