CAN CAREER SUCCESS AND RIGHTEOUSNESS GO TOGETHER? 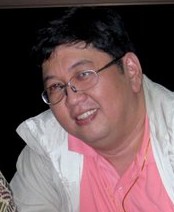 Although I had a relatively comfortable early childhood life in Canlubang, I didn’t realize until later that we were deprived of most other things in life as our family was very much dependent on the “Company” which ran the sugar cane hacienda where we lived. Because of this realization, I dreamed of someday making it big and getting out of the hacienda which had, for so long, “imprisoned” me with its invisible bars.

It was several years after graduating with an engineering degree that I was employed in San Miguel Corporation. I considered this one of the milestones in my life as it put me right smack on the road to success. I quickly climbed the corporate ladder and in four years was already occupying a middle management position where I enjoyed building my connections in the company through nightlife after working hours. With this level of financial independence, I married May, my girlfriend of 5 years in l994, settling in my parents’ house after the wedding.

The difficulties in my career started as I began to occupy the HR Manager position that same year in one of the company’s Packaging Plants. I had my share of sleepless nights and stressful days dealing with its notorious militant labor union, labor disputes, deadlocked negotiations and impending strikes. Both May and I felt we needed a change in order to preserve our deteriorating relationship.

It was then that God put in motion a different aspect of change in our lives. I received an invitation from a friend and former officemate to attend a Christian Life Program being conducted by the BCBP. I didn’t want to go since I didn’t have “Problems” and furthermore, considered myself as “Malapit sa Diyos” (close to God). But May prodded me to say ‘yes’. The speaker of the first session we attended was a big guy with long hair who talked about the Holy Spirit, Faith and Repentance. The following day, while watching TV, I saw that very same fellow being interviewed in a talk show. He was Bro Louie Morales, vice-chairman of the Phil. Centennial Commission talking about preparations for the Centennial Celebration of Phil Independence the following year. Our discussion leader in that BCLP also made an important impression on me. He was the assistant vice president of a giant beverage multinational firm. As I grew to know these two men better, I began to realize that it was possible to become successful in my career while remaining righteous and faithful to God.

After a discussion about the mountain of transfiguration, I realized that I, too, should come down from the ‘highs’ of BCBP community life to stand up for Jesus and practice Christian values in my office. How did I do this? In one Collective Bargaining Negotiation meeting, I remember leading the closing prayer at the close of the meeting, including in my prayer a special intention for the resolution of the electrical problem in one of our main equipment which had been un-operational since that morning. One of our electronics technicians who happened to be a hard-line officer of the union was so moved by my prayer that he returned to the plant after the meeting to fix the problem, and in about an hour, the machine was up and running. This is only one such example that I could cite.

In 2001 I was given an assignment to ‘temporarily’ manage our packaging plant in Davao. I was excited at the promotion but at the same time hesitant to accept because I believed it was against my role as husband and father to be separated from my family. However, after serious consideration and consultation with other BCBP brothers in community, I accepted the position and went to Davao. I missed my family, I missed the BCBP’s prayer meetings and assemblies we had been attending in Calamba.

Even as I began questioning my move to Davao, I found that my loneliness drew me closer to God. I know now that it was He who brought me to that lonely place … so I could be alone with Him and experience His love all the more. Soon I was led to the BCBP Davao chapter where after a few months I gave my testimony in their breakfast, joined their Music Ministry, and became active in their activities.

As my Davao assignment went into its third year, I started to feel really anxious and uncomfortable about being away from May and our three young boys. I began to petition God to end my ‘temporary’ assignment and send me back to Manila. Within the year I was transferred albeit unceremoniously back to our plant in Manila as a Senior Staff Assistant to the Plant Manager (read that as ‘floating’). I had varied feelings about this sudden turn of events. Although I’d prayed hard for this to happen, I was really unprepared for the move from an assignment of great responsibility and authority as Plant Manager to floating status just like that!

But it was a hidden blessing for I was able to spend more time with my growing family and also re-kindle my ties with my brothers and sisters in the BCBP. God, in His goodness, had even better things in store for me. Beginning that year 2004, because of less work demands on my time, I accepted major services in the BCBP Community. And as I accepted each major service, I realized that I was being given more formal assignments in the office, with each BCBP service happening almost in synchronization with a career promotion! It was then that I realized the real truth of Romans 8:28: “For we know that in everything, God works for the good of those who love him, whom he has called according to his plan.”

Today, I am a witness to God’s infinite Love. He loved me back in my youth; He loved me during the stressful days in my workplace. God loves me through the person of my wife, May, and my family. He loves me through the brothers and sisters in the BCBP Community, the community to which He Himself led me. He has put this song in my heart: “I will sing forever, O Lord, of your love and proclaim your faithfulness from age to age. I will declare how steadfast is your love, how firm your faithfulness.” Ps 89:2,3.

Yes, Lord, I will sing and proclaim forever of Your Love!

POTHOLES IN THE ROADS

FOLLOW ME: THE PASSION OF CHRIST AND TRUE LEADERSHIP

God is always there for us. Wonderful sharing.

A true example how God works in all of us. Bro you make me inspired to strive to do better in my profession and to serve more to our community the BCBP. Keep on spreading the good news!

Great sharing…GOD IS GOOD ALL THE TIME…