CHRIST CALLS US OUT OF OUR DARKNESS

Pope Francis Reminds Faithful of Jesus’ Words: “Whoever Lives and Believes in Me Will Never Die”
Pontiff Says Christ Calls Us Out of Our Darkness 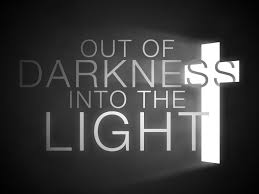 VATICAN CITY, April 07, 2014 (Zenit.org) – “Our resurrection begins here: when we decide to obey this command of Jesus, going out into the light, into life; when the masks fall from our face — often we are masked by sin, the masks must fall! — and we rediscover the courage of our true face, created in the image and likeness of God.”

These were the words emphasized by Pope Francis before praying the midday Angelus this past fifth Sunday of Lent with the faithful gathered in St. Peter’s Square.

Pope Francis discussed the Gospel of the day’s liturgy, which was the account of the resurrection of his friend Lazarus. Lazarus had been dead for three days and Jesus brought him back to life. Francis described this action as the “culmination of the miraculous ‘signs’ worked by Jesus.”

He reflected, “It was a gesture that is too great, too clearly divine to be tolerated by the high priests, who, once they found out about it decided to kill Jesus.”

The Holy Father added, “Just as Jesus rose with his own body but did not return to an earthly life, we too will rise with our bodies, which will be transfigured and glorious bodies. He awaits us with the Father.”
The Pope noted Jesus’ call, “Lazarus come out!”

This call is for all mankind, the Holy Father suggested. It represents that man is destined for death but that the Lord of Life will give us life in abundance.

Francis explained that Jesus “insistently calls us out of the darkness of the prison in which we have shut ourselves, contenting ourselves with a false, egoistic and mediocre life. ‘Come out!’ he tells us, ‘Come out!’ It is a beautiful invitation to true freedom.”

Pope Francis explained that this gesture of resurrecting Lazarus shows the potency of God’s grace and how far our conversion can reach. The Holy Father repeated several times: “There is no limit to the divine mercy offered to all!” and encouraged the faithful to repeat it with him.

He continued, “The Lord is always ready to remove the stone from the tomb of ours sins, which separate us from him, the light of the living.”

After praying the Angelus, Francis greeted various groups in the Square. He acknowledged the 20th anniversary of the genocide in Rwanda, assuring the citizens of this country of his spiritual closeness to them, and led the faithful in praying the Hail Mary.

He also asked for prayers for the victims of the earthquake that occurred five years ago in the Italian city of L’Aquila, as well as for victims of the Ebola virus in Guinea and its neighboring countries.

Carry A Little Gospel With You Every Day 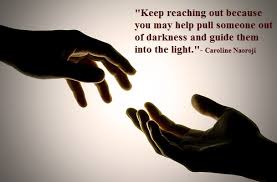 “And now I would like to do a simple thing for you,” the Holy Father said. “On past Sundays I suggested to all of you to get yourself a little Gospel to carry with you during the day to be able to read often. Then I thought about the ancient tradition of the Church, during Lent, of giving the Gospel to catechumens, to those who are preparing for Baptism.

So, today I would like to offer to you who are in the piazza – but as a sign for everyone – a small book of the Gospels [he shows the people the book]. It will be given to you free. There are places in the piazza to distribute it. I see them there, there, there… Go to these posts and get the Gospel. Get it, take it with you, and read it every day: It is Jesus, in fact, who speaks to you there! It is Jesus’ Word: This is Jesus’ Word!”

Then the Holy Father made a suggestion.

“And as he [Jesus] says: freely you have received, freely give, give the message of the Gospel!,” the Pope invited. “But maybe some of you think that this is not free. ‘But how much does it cost? How much must I pay, Father?’ Let us do something: in exchange for this gift, do an act of charity, a gesture of gratuitous love, a prayer for enemies, an act of reconciliation, something…” (D.C.L.)

SERVING GOD IS A MATTER OF THE HEART

This article touches my heart. I know God calls but then I choose something else. No one chooses evil per se. On the contrary, I see it was a better for me, I’d be happier. Of course later, i’d realize the mistake. I now reflect to reveal the true intentions behind my choices. (Bad intentions can also make a good deed evil)