DO NOT JUSTIFY SIN BY USING OTHER PEOPLE

VATICAN CITY, February 3 (CNA/EWTN News) .- In his February 3 daily homily, Pope Francis spoke of the proper attitudes to have when we face difficult moments, stating that it is important not to defend our sin, but to repent and trust in the Lord. 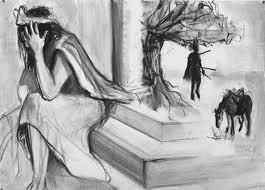 “In the difficult moments of life that occur maybe in despair one tries to defend himself as he can and also to use God and to use his people,” the Pope explained.

Centering his homily on the first reading, taken from the Second Book of Samuel, the pontiff addressed those present in the Vatican’s Saint Martha guesthouse, highlighting David’s attitude in light of the “great betrayal” of his son.

Recalling how David chooses to flee when he hears that his people have given up their loyalty to him and transferred in to his son, Absalom, the Pope drew attention to the king’s sadness at feeling “as if this child” of his “was dead.”

However, in the midst of his sadness, the Pope asked, how does David react “in front of this betrayal of his son?” noting that he had three different attitudes in the situation.

As “a man of government” the king understood that if he waged war on his son many would die, so he “makes the choice not to kill his people,” the pontiff observed.

“David, this is the first attitude, to defend himself uses neither God nor his people, and this signifies love of a king for his God and his people.”

Often times we are tempted to use either God or others to defend ourselves in difficulty, continued the pontiff, but “not him,” adding that “the first attitude is this: not using God and his people.”

Calling to mind how David climbed the mountain with his officials, Pope Francis noted that he was both “crying” and walking “with his head covered and walking barefoot,” which is a sign of “repentance.”

“This ascent to the mountain makes us think of that other ascent of Jesus,” who “was also grieved, walked barefoot,” and “with his cross he went up the mountain,” reflected the pontiff.

Highlighting that with this “penitential attitude…David agreed to be in mourning and weeps,” the Pope emphasized that “we, when something like that happens in our lives always try…to justify ourselves.”

“It is an instinct we have,” he said, observing that “David does not justify himself, he is realistic, tries to save the Arc of God, his people, and do penance for that path.”

“He is great: a great sinner and a great Saint. How are those two things together…God knows!”

Recalling how on their way up the mountain, a man called Simei began to curse and throw stones at David and his officials, calling David a murderer, the pontiff drew attention to how the king refuses to let his servant kill the man.

Instead of “choosing revenge against so many insults,” David chooses “to entrust himself to God,” saying that “the Lord has told him” to curse, and that “maybe the Lord will look on my affliction and make me good in exchange for his cursing today.” 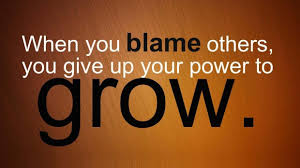 Therefore, the third attitude of David in the face of his betrayal is to trust in the Lord, the Pope revealed, explaining that these attitudes can also help us in moments of difficulty and trial.

“It’s beautiful to feel this and see these three attitudes,” the pontiff expressed, “a man that loves God, loves his people and does not negotiate; a man that knows he is a sinner and does penance; a man that is sure of his God and trusts in him.”

“David is holy and we venerate him as a Saint,” concluded the pontiff, so “we ask him to teach us these attitudes in the difficult moments of our lives.”

NOTEBOOKS AND SCRAPBOOKS ARE A LEGACY OF LOVE