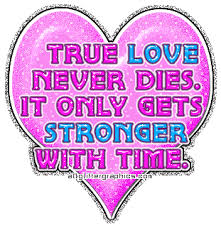 One of my favorite Bible stories happened in Samaria, by Jacob’s well. There, Jesus asked a Samaritan woman for some water and ended up giving her Water instead. This story that I love is so characteristic of the way the Lord dispenses blessing. Another time he fed thousands on a hillside, but only after some kind souls volunteered two fish and five loaves. Many of his miracles were preceded by a scrutiny of sorts, and those who believed, giving him their faith, received their hearts’ desires.

Years ago, having to deal with five small children, a houseful of chores to manage, and a home office to supervise, I often started my day by praying for patience. And then, much to my frustration and distress, I would just as often have to deal with so many unexpected, unwanted contingencies, defeating the very patience I prayed would be mine. At night, I would recall how these incidents have challenged me as I asked God why my prayer was left unanswered. It was not until much, much later that it dawned on me: by allowing numerous unexpected disturbances to assail me, I was being given opportunities to persevere. All along, day after day, my prayer for patience was being answered. But the Lord was not simply handing me a ready-made gift. Instead, He wanted me to be a participant in His blessing. By providing countless occasions to test my tolerance, He was honing me, sharpening my ability to persist. Little by little, He was growing patience within me.

God gives by first asking. When Jesus saw Simon and his brother Matthew on the lake, He invited them, “Come, follow me, and I will make you fishers of people.” The next verse tells us that they “left the nets then and there and followed him.” It would have been so nice, right after that, if the two brothers then became fishers of men, as Jesus promised. But we all know how the apostles had to undergo three years of apprenticeship under the Lord, and after He had ascended into heaven, how much they had to work and suffer for the Church, Simon Peter foremost. Indeed, they became fishers of men, but not without exquisite sacrifice.

And exquisite sacrifice is something we, as parents to our children, know all too well. Would that parenting was easy! Would that by the strength of our will, bringing them up were trouble-free and painless. Would that by virtue of the love we have for our offspring, their lives would be all smooth and rosy. But like Simon and Matthew, we are asked to leave our comfort zones and follow him. Like the Samaritan woman, he asks us for some water: certainly sweat, perhaps tears. Like his listeners on the mount, he asks us to give ourselves as bread to be broken and shared. Only then – and many times even long after then – do we see reward.

Of course, as sons and daughters of God, we are recipients of Jesus’ redeeming resurrection. He has gone ahead of us to heaven to prepare a place for us at the Father’s table. Imagine that! But wait – it’s not as cut-and-dried as it sounds – although the gift of heaven is ours, in order to receive it, we need to do our part. 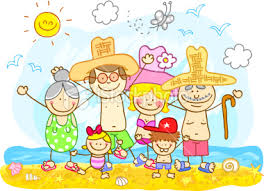 And in our earthly roles as mothers and fathers to our children, that likely means to really, really follow the footsteps of Christ!

Although the universal call is to “be perfect, as the Father in heaven is perfect,” the journey to heaven varies for each one of us. Our individual lives are diverse; no two people share the same circumstances and the same responses to them. Multiply this with as many individuals as there are in families, and it is so plain to see that each family is truly unique. Yet, within this uniqueness, a common thread is woven by our Creator. Fr. Alfred Cogliandro said it well: “God has excavated in our souls an abyss so profound, only He can fill it.”

However our families are and however we run them, God wants nothing more than to bless each and every member therein. It is simply His nature. Still, in a supreme example of restraint, He doesn’t just step in to do so. He waits until we give Him permission. Day in and day out, diligently, tirelessly, He watches for the slightest opening we provide. Constantly, relentlessly, He asks a silent question unto our hearts, “Will you be My valentine?” And no matter how feeble, no matter how meager, every “yes” we utter ushers in His visitation.

WHAT KIND OF LEADER ARE YOU?