EUCHARIST: MEMORY BANK OF THE CHURCH 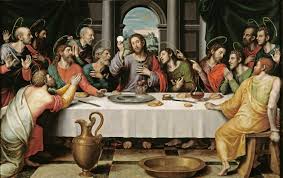 The Eucharist is the ‘memory bank’ of the Church
By Msgr. M. Francis Mannion

The Eucharist is imprinted with the life of the Church from its beginning and is the “memory bank” of God’s people.

The great Anglican Benedictine Gregory Dix, at the end of his monumental book, The Shape of the Liturgy, describes the historical career of the Eucharist as beautifully as any writer ever has.

Dix writes: “Men have found no better thing than this to do for kings at their crowning and for criminals going to the scaffold; for armies in triumph or for a bride and bridegroom in a little country church; for the proclamation of a dogma or for a good crop of wheat; for the wisdom of a parliament of a mighty nation or for a sick old woman afraid to die; for a school boy sitting for an examination, or for Columbus setting out to discover America; for the famine of whole provinces or for the soul of a dead lover.”

The Eucharist, Dix says, has been celebrated in thankfulness “because my father did not die of pneumonia; for a village headman much tempted to return to fetish because the yams had failed; because the Turk was at the gates of Vienna; for the repentance of Margaret; for the settlement of a strike; for a son for a barren women; for Captain so-and-so, wounded and prisoner of war; while the lions roared in the nearby amphitheatre; on the beach at Dunkirk; while the hiss of scythes in the thick June grass came faintly through the windows of the church; tremulously, by an old monk on the fiftieth anniversary of his vows; furtively, by an exiled bishop who had hewn timber all day in a prison camp near Murmansk; gorgeously, for the canonization of S. Joan of Arc.”

Accordingly, when we approach the Eucharist, we are at one with all who have celebrated this blessed sacrament across the ages. 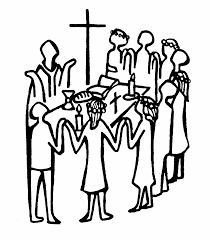 Fr. Dix’s litany could be expanded in inexhaustible directions. There are the barely-remembered Masses celebrated for the first time in the newly discovered regions of the world. Every diocese of the New World has (or wishes to have) such an event in its annals.

Millions of Americans still remember the funeral Mass of John F. Kennedy. The final Mass of Archbishop Oscar Romero continues to inspire and unify a whole region of the Church.

We can all add our personal lists: The Mass on the day of our marriage or ordination; the funeral Mass for a parent, spouse, child, or friend; the Mass at the close of a great pilgrimage which marked a personal turning point; a Mass attended in great pain during a severe personal crisis.

The tragic and glorious history of the Christian people lives on in the Eucharist, which will reach its completion only at the heavenly banquet. This rite is the greatest which history can ever know, and is yet, in Fr. Dix’s words, “a thing of absolutely simplicity.”

Msgr. Mannion is pastor emeritus of St. Vincent de Paul parish in Salt Lake City. He holds a Ph.D in sacramental theology from The Catholic University of America. He was founding president of The Society for Catholic Liturgy in 1995 and the founding editor of the Societys journal, Antiphon. At the invitation of Cardinal Francis George of Chicago he founded the Mundelein Liturgical Institute in 2000.

QUIZ: THE CORE VALUES OF THE BCBP