CEBU City, Jan. 26, 2016 [http://www.cbcpnews.com/cbcpnews/?p=71838]– Secularism is wreaking havoc on society and is threatening to marginalize the Church. Fortunately, Filipino Catholics all over the world are helping thwart it, according to one of the global Church’s most intellectually engaging spokesmen. 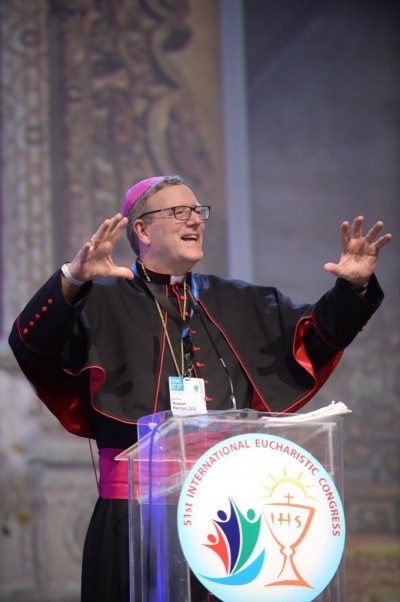 Robert Barron, the Chicago priest who has risen to the episcopacy after stirring the Catholic faithful with his social-media preaching, said the deep religiosity of Filipino Catholics is a powerful reminder of God in the increasingly secular West.

Filipinos have taken over the role that the Irish Catholics had played in America, said Barron, 56, who is of Irish descent. This vibrancy is breathing life into the Church amid attacks from secular society, he added.

The Church exists to remind people that God is the only source of satisfaction, and marginalizing it, the Word on Fire host emphasized, would bring disaster to humanity.

“Secularism is a spiritual disaster because we’re built for God and we know that. Because nothing in the world satisfies us. All the pleasure, all the power, all the honor that the world can give you, there’s still this restlessness in the heart, a restlessness for God,” said Barron. 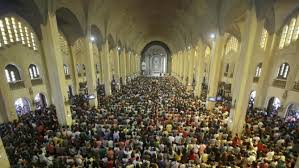 Secularism is particularly dangerous to young people, Barron said. “Young people are taking in this ideology through every movie, every song, every commercial, and what that does is that it breaks the spirit, at least a deep unhappiness, a deep alienation,” he said.

Use social media, but…

Social media is an “extraordinary gift” the Church can use to reach out to the restless youth, Barron said, and priests ought take advantage of this revolution in communications technology.

“God knows there are dangers and limitations to it but, if St. Paul were around, it seems he would use all the media available to him. He used the communications technology of his own time, Roman roads and Roman ships and parchment, etc. … It would be silly not to take take advantage of this extraordinary gift we’ve been given,” Barron said.

But the new media should be backed up by the rich content of old media, he pointed out, recalling the advice he had given to seminarians eager to become media personalities. Barron had been seminary professor in various colleges and rector of the Mundelein College of the Chicago archdiocese before being named a shepherd of the Archdiocese of Los Angeles. 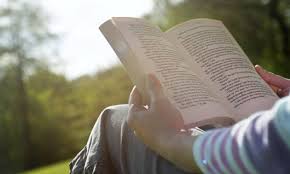 “I would say, well first, spend a long time with the old media of books. Because you gotta have something to say. I think the danger is people get out in the new media, but what they communicate is often very superficial and then that world becomes so tendentious and contemptuous. People just fall into mudslinging,” he said.

Media content cannot be just philosophical musing or cultural impressions. “I encourage students, have something substantial to say. And that means you’re reading Origen and Augustine and Thomas Aquinas and John Henry Newman and John Paul II.”

Most importantly, Catholic media workers, especially priests, need to pray and be nourished spiritually by the sacraments as they engage the world of media. “It’s dangerous. Priests in the public eye have had troubles and are targets by powers visible and invisible. Ground yourself in the Eucharist.” (Felipe Francisco / CBCP News) (Photo: Dominic Barrios)

QUIZ: BCBP SONGS BASED ON SCRIPTURE