FOLLOW ME: THE PASSION OF CHRIST AND TRUE LEADERSHIP

Follow Me: The Passion of Christ and True Leadership 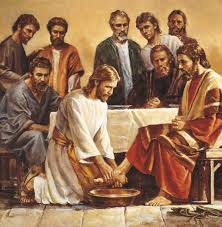 Jesus has set his heart on his passion and death in Jerusalem with a single minded determination. He knows the pain and sorrow that await him when he enters the gates of the Holy City. With a heavy heart, he warns his disciples what is coming:

His disciples were no doubt bewildered by such language. Their vision for Christ’s entry into Jerusalem was one of triumph and conquest. In their understanding, he would overthrow the oppressive Roman government and usher in a glorious earthly kingdom—a kingdom in which they believed they would have a very high place.

It is fascinating to note that immediately after Jesus sorrowfully tells them his coming fate, the disciples begin to bicker. About what? About who will be the greatest in the kingdom that Jesus was about to usher in. They completely missed the point. They were so proud and ambitious that they dismissed Jesus’ words of warning and immediately thought not of him, but of themselves.

The disciples had a false vision of true leadership. They understood it to be power and control, and they wanted as much of both as they could get. They want to climb the ladder of worldly influence until they were looking down on everyone else.

Jesus, ever patient with his bumbling disciples, uses the opportunity to teach them an important lesson on the nature of true leadership: “You know that, among the Gentiles, those who claim to bear rule lord it over them, and those who are great among them make the most of the power they have. With you it must be otherwise; whoever has a mind to be great among you, must be your servant, and whoever has a mind to be first among you, must be your slave. So it is that the Son of Man did not come to have service done him; he came to serve others, and to give his life as a ransom for the lives of many.”2

In short, Jesus turns their definition of leadership on its head, saying that true leadership is not power and control, but suffering service. It is a leadership characterized by humility, concern for the good of others, self-emptying, sacrifice, and ultimately, love. This true leadership is hard because it costs us everything— just as it cost Christ his life.

Jesus’ definition of true leadership requires us to serve and to seek the good of others before our own. Let’s look at some ways we can apply this kind of leadership in our lives.

1. Family life – I love being a husband and father; it is incredibly joyful. But at the same time, being the head of a family brings a constant struggle against selfishness and the wrong kind of leadership. When I want something a certain way, even an insignificant thing, there is always a temptation to control— to force my way on my wife or children.
Children especially can be very willful. My oldest boy is almost two, and like all two year olds, he is exerting his will very forcefully. It is interesting to note that the more forcefully I ask him to do something, the more he resists. His resistance leads me to want to force his obedience even more, and things inevitably escalate. But if I lead him gently and patiently, he is much more likely to obey willingly. 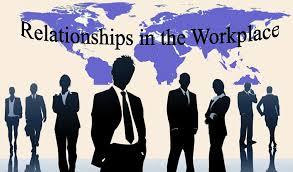 2. The workplace – In the business world, ambition drives almost everyone. The desire for a bigger paycheck and more influence consumes some people until it is all they can think about. “Look out for number one,” is their motto, and they will use others to achieve their ends without a moments hesitation. But as Catholics, we should be servant leaders. Instead of seeking to advance our career by trampling on others, we should serve them humbly and seek their good above our own. “How can I help you succeed,” should be our motto, rather than seeking our own advancement. And believe me, an employee with this attitude will be noticed by those in management.

3. Every other relationship – Our lives are made up of a series of relationships. In each one, we are tempted by selfishness and a desire for others to serve us. It is this lust for control that breeds 99% of arguments and quarrels in our lives (see James 4:1-2). We must invert this desire and seek to serve others rather than control them. Yes, it will be hard, but it is what we must do if we would follow Jesus Christ.

If there is anything we can learn from Jesus’ life, it is that true leadership always involves the cross. “The Son of Man did not come to have service done him; he came to serve others and to give his life as a ransom for many.” If we are to be true leaders, we must die to ourselves and pursue the good of others— no matter what the cost.

This kind of leadership will require a great deal of humility, and it may bring with it sorrow and pain, but it will be worth it. A life of selfless service will not be without its reward. “But many will be first that were last, and last that were first.”3

It is this laying down of one’s life that it is that heart of Christianity. If we miss this, we miss everything. Jesus wants you to be a man, and a leader, after his own heart. And that is why he is calling you to, “take up your cross, deny yourself, and follow me.”

CAN CAREER SUCCESS AND RIGHTEOUSNESS GO TOGETHER?

THE LORD BECAME MY STRENGTH