FROM GOLF TO GOATS or HOW TO TURN AN O.B. INTO A HOLE-IN-ONE

From Golf to Goats or How To Turn An O.B. Into A Hole-In-One
By Rusela Rubin and Ronnie Caballero, BCBP Makati 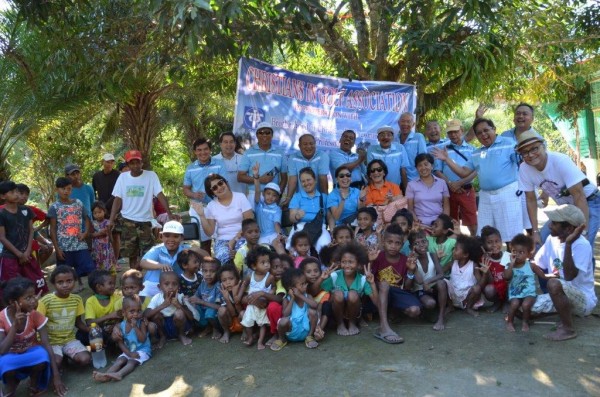 On the eve of the 1st CIGA (Christians In Golf Association) Tournament last July 2016 at The Orchard Golf & Country Club, we, the organizers were faced with the dilemma of how to squeeze more than 290 players into our 2 course (Palmer & Player Courses) shotgun tournament the following day. We already had been turning away excited players who wanted to take part in our charity tournament for an Aeta community in Zambales. The reason? One of our platinum sponsors, Foot Joy, offered such a good deal that we offered a tournament fee for less than the market price of our free pair of Foot Joy golf shoes giveaway to all participants, on top of free lunch and raffle prizes.

What brought us to this apparent dilemma? Just doing tournaments and awarding trophies and raffle prizes to players did not seem enough. Jesus’ words “Love one another as I have loved you”, seemed to resonate strong in the hearts of CIGA members.

Doing “Works of Mercy” – more often than not means to most of us – giving groceries; slippers; old clothes; and all sorts during the holidays, specifically during Christmas. Many corporations undertake CSR (Corporate Social Responsibility projects) but though this is a good thing, it does not really sustain or help the families of the poor. It just makes them happy for one day, and then what? How can we help the poor in our own little way? How do we choose who to help? Most companies already help a lot in Metro Manila, but very few go out of their way to travel and really look for the poor who need help. Hence, the decision to stage the 1st CIGA Tournament 2016. Our president, Cesar Rubin, had local knowledge about the Aetas due to his frequent trips to his hometown in Zambales. 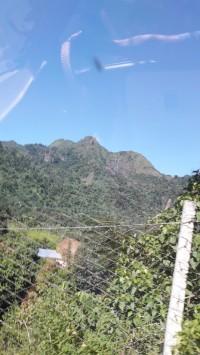 KATUTUBO. AETAS. INDIGENOUS PEOPLE. These ARE people on the fringes of our Filipino society, close to a forgotten race. We really could not picture these people or their living conditions.

This is the part when CIGA went O.B. – OUT OF BOUNDS. We opted to travel a bit far and found an area called Batiawan in Zambales. It is a mountainous area where we found the AETAS. Aetas, according to Wikipedia are indigenous people who live in scattered, isolated mountainous parts of Luzon, Philippines. With the help of generous golfers and companies as sponsors, we managed to raise funds. (278 players, thunder, lightning and rain could not stop our golf tournament!) The impossible tournament happened and was completed with lots of smiling faces. 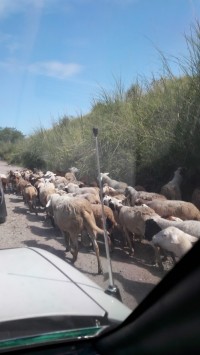 We bought a truckload of goats with the generous donations and proceeds from the CIGA tournament. With a caravan of tough 4 x 4 pick-ups we hit the road less traveled. Almost for a solid hour of back-breaking bouncing over giant crater after crater in the mountain road we finally reached the Aeta area. In golf terminology: Play the ball where it lies.

CIGA’s task was to give each Aeta Family a Goat (Kambing). With the help of the Barangay in Batiawan, we had identified 60 Aeta families as recipients of the goats. How does this work? CIGA thought of making the AETAS responsible for their livelihood. CIGA gives them a goat, the Aeta raises the goat and takes care of it, until it bears kids. As a rule of thumb, Aetas SHOULD NOT SLAUGHTER the goat, because Aetas need to help the other families who were not recipients in the 1st batch. As soon as the goat bears a kid (normally 2 kids ), Aetas then hand over one kid to another family. This way, more and more families of Aetas will have goats to take care of – and then the Aeta can sell the other kid or raise it again until they will have more. CIGA believes that giving livelihood is far better than just giving food for a day.

In addition, CIGA also provided a fresh water line as it was observed that AETAS traveled at least 3 kilometers just to get water and carry it up the mountain daily for them to drink. With this project, AETAS not only get to drink cleaner water, but also get to be more hygienic (for them to bathe and wash their clothes). 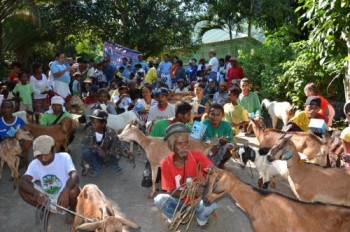 KATUTUBO. AETAS. INDIGENOUS PEOPLE. These had been faceless people until now. These ARE people on the fringes of our Filipino society, close to a forgotten race. It will not hit you until you go there yourself and see their living conditions. Now they are real people, we have been to their settlements, we have mingled with them, talked and laughed and cried with them. They are as real a people as we are!

Seeing the happy and grateful faces of the Aetas made us realize that we need to be more responsible for our less fortunate brothers out there. All of us felt we made a hole-in-one that day. And this report was written to share the joy with all our generous hole sponsors and players who were part of this impossible tournament. Without you and God in your hearts this would not have happened.

Now you see what I mean when only God can make a hole-in-one from an O.B. “The King will reply, truly I tell you whatever you did for one of the least of these brothers and sisters of mine, you did for me” Matthew 25:40.

Now for those of you who are not familiar with the CIGA, here is a brief background:

The CIGA is a golf association started 7 years ago (December 2010) by fellow members of the Brotherhood of Christian Businessmen & Professionals (BCBP) – Makati Chapter, mainly to attract golfers to participate in the nationwide mission of the BCBP by becoming members themselves of this Catholic Charismatic Community founded in 1980. This community was founded to ‘conquer the marketplace for Christ’, to bring honesty and integrity of business practices into the Philippine marketplace through the conversion, commitment and commissioning of its members through its programs. (For more information on the BCBP you can go to (www.bcbpkapatiran.com).

The CIGA then grew in membership, fellowship and strength through its monthly member’s tournaments, joint birthday celebrations and Ryder Cup style meets with other friendly golf clubs. It staged several successful “Fore His Glory” tournaments which slowly built up the CIGA name. Its 1st CIGA (Christians In Golf Association) Grand Tournament last July 2016 at The Orchard Golf & Country Club was a resounding success with 278 players and many generous sponsors.

We invite you to keep in touch with CIGA, through BCBP Makati Chapter. You are always welcome to join in our fun, fellowship, and great golf experiences! All Fore His Glory! 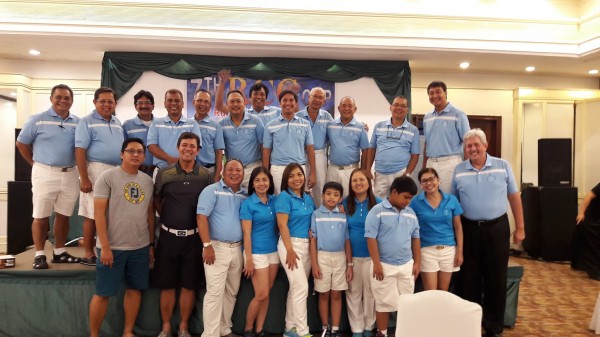