GETTING YOUR STORY HEARD: EVANGELIZATION TODAY

ROME, May 10, 2013 (Zenit.org) – One of the biggest challenges facing churches and religious organizations is persuading people to listen to them.

This problem is addressed in Phil Cooke’s latest book, “Unique: Telling Your Story in the Age of Brands and Social Media,” (Regal Books).

Cooke, a Hollywood producer, not only has a doctorate in theology, but is also an adviser to many faith-based organizations and the author of a number of books on themes related to religion and the media.

“Why do so many Christians do such a terrible job of presenting their message to the world?” he asked. 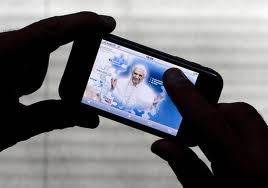 The volume of information circulating on the Internet, social media, television, radio and other mediums means there is a lot of competition in terms of getting people to listen. In 2011 around 300,000 books were published in the United States, 1,000 movies were released, and 60 hours of video were uploaded to YouTube every minute.

To rise above this racket Christians need not only solid content, but also an effective presentation of the message, Cooke insisted.

Today, he added, the audience is in charge, it has more choices than ever, and we have to make them want to hear what we have to say.

Today we are surrounded by more and more information, and people need a guide. “In a world of media clutter, who can you trust?”

Today’s teenagers have been pitched everything, he observed, and are far more skeptical than any previous generation.

In today’s culture perception is just as important as reality, he argued, perhaps sometimes even more important than reality. Cooke admitted that he struggled with accepting this, after seeing casino operators portray themselves as family entertainment and pornographers position themselves as champions of free speech.

Jesus, however, he commented, had a purpose and a plan for his life and refused to allow others to determine his destiny. In the end it doesn’t matter how brilliant our message is if our intentions are misunderstood by the listener.

The fact is that today many people do not accept the Bible as being authoritative and do not even understand the meaning of religious language. “While we are busy having in-house theological arguments, the culture has already passed us by,” Cooke observed.

Creating a better perception of the Christian message, or achieving a successful branding of religion in the minds of people involves multiple factors. Cooke cited opinions from a number of experts on the matter that ranged from the importance of having effective statements to faith, rituals, sacred words, creating a sense of belonging, authenticity, consistency, symbols, mystery and sensory appeal.

“The story of the Christian faith is filled with all the elements that connect with a person, offer conviction and cause a change in his or her heart and life,” he noted.

It is important to keep in mind, he added, that successful branding depends on authenticity, because being fake and merely relying on image will soon be perceived by people. Churches, he insisted should not go over the top in trying to convey a message that is either dishonest or not authentic.

Gimmicks, he added, are not the same as original ideas and while they might lead to short-term gains they will not create long-term relationships.

“It’s not about chasing the latest new thing; it’s about interpreting what that new thing means to your audience,” he said.

When it comes to communicating Cooke urged that quality is vital. It is often difficult, he admitted, to know what particular media strategy or program will be popular, but in the end quality ends up winning.

He also spoke about choosing the right medium. The family Bible of the past was a good idea, but today it is YouTube, podcasts and short video clips that capture attention.

Another theme Cooke addressed was the importance of the social media. A good brand, a good story, has to connect with others and social media is a way to do this.

Maybe you can get someone along to church on Sunday for an hour or so, but during the week young people, and the not so young, are spending hours and hours online on social media sites.

It’s estimated, he said, that there are currently 1.2 billion social media users worldwide and that 1 out of every 5 minutes spent online is on a social networking site.

Any specific site or platform can easily fade away or be overtaken by competition, but the use of social media is here to stay, he affirmed.

This is because as persons we desire to connect with other people, we want to share out ideas and opinions, and we value immediacy of information and interaction.

In concluding Cooke argued that effective communication does not mean being reactive to the culture, it means being responsive to the culture and presenting effectively the story that has transformed so many generations before us.

LOVE LETTER TO FILIPINOS FROM AN AMERICAN EXPAT

A FUN-FILLED SPORTSFEST for the STR2