Pope Begins Audience Series on the Church
Says God Doesn’t Tire of Us, Despite Our Resistance

VATICAN CITY, June 18, 2014 (Zenit.org) – The Pope says that since the Church is a mother, we should speak about the Church like a child speaks about his mom and family. 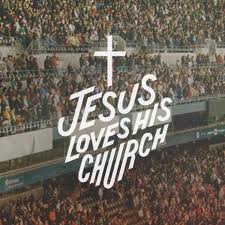 The Pope said this today as he began a new series of catecheses for the general audiences, taking up the theme of the Church.

To speak of the Church, he said, is like “a child speaking of his mother, of his family.” He continued to say that the Church is “not an institution oriented to herself, or a private association, an NGO,” and it should not “be restricted to the clergy and the Vatican.” Rather, it is “a much broader reality, which opens to the whole of humanity.”

Francis noted the Church was not born suddenly. “She was founded by Jesus,” he said, “but is a people with a long history behind it and a preparation that began much before Christ himself.”

The Pontiff stressed three aspects of the Church: the first is tied to its history, the second relates to how God gave life to its people, and the third reflects how despite the faithful’s doubts and resistance, God doesn’t give up on them.

The first aspect is tied to the Church’s history, its “pre-history,” which Francis stressed is found in the pages of the Old Testament. God chose Abraham, our Father in faith, asking him to go out, leave his earthly homeland and go to another land.

Francis pointed out that in entrusting this role to Abraham, God did not call him alone, as an individual, but “his family, his relatives and all those who serve his household.” He said that once God “got this underway,” He “widened the horizon again and filled Abraham with His blessing, promising him numerous descendants as the stars of the heavens and the sand on the seashore. The first important detail in fact is this: beginning with Abraham God forms a people to take His blessing to all the families of the earth.” He suggested this was significant, as “Jesus was born within this people.”

The Pope said the second aspect relates to how God himself was the one responsible for creating and giving life to his people. He said, “It is not Abraham who constitutes a people around him, but God himself who gives life to this people.”

Francis noted we witness something “unheard of” when God took this initiative to address his people. This shocks some because in other cases, it is man who is the one who had turned to the divinity, “seeking to fill the distance and invoking support and protection.” In this case, however, roles are reversed, as it is God who addresses His Word to man. 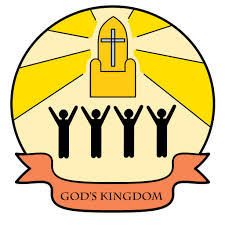 Through this initiative, God creates a bond and new relationship with man. He “forms a people with all those who listen to His Word and who go out, trusting in Him.” God’s doing this is evidence that His “love precedes everything,” the Pontiff said.

God Doesn’t Give Up

Noting the third aspect, Francis said it relates to God not “tiring with us,” although we resist Him.

Although Abraham and his own hear God’s call and go out, “despite not knowing well who this God is and where He wishes to lead them,” this does “not mean that they were always convinced and faithful,” the Pope said.

Rather, he stressed that from the beginning they were resistant, often turning in on themselves and their own interests and the temptation to bargain with God and resolve things their way.”

“Betrayals and sins mark the way of the people throughout the history of salvation, which is the history of God’s fidelity and the people’s infidelity. God, however, does not tire; God has patience, so much patience, and continues in time to educate and form his people, as a father with his son.”

Francis noted that God maintains this same patient, fatherly attitude in dealings with the Church.

“We also,” he said, “despite our resolution to follow the Lord Jesus, experience every day our egoism and the hardness of our heart. However, when we recognize ourselves sinners, God fills us with His mercy and His love. It is precisely this that makes us grow as people of God, as a Church.”

It is not our merits, but the daily experience of how much the Lord loves us and takes care of us which makes us truly feel that we are his, “in His hands, and makes us grow in communion with Him and among ourselves,” the Pope said.

“This is God’s plan: to form a people blessed by His love and take His blessing to all the peoples of the earth,” he said. “This plan does not change, it is always in act. It had its fulfillment in Christ and God continues still today to realize it in the Church.”

“Let us now ask for the grace to remain faithful in following the Lord Jesus and in listening to his Word, ready to go out every day, like Abraham, towards the land of God and of man, our true homeland, and thus become a blessing, a sign of the love of God for all His children,” he concluded. (D.C.L.)

MORE BCBP SONGS YOU SHOULD KNOW