GOSSIP IS POISONOUS, IT KILLS BOTH ONESELF AND THE OTHER

VATICAN CITY, February 17, 2014 (Zenit.org) – Over 50,000 pilgrims from around the world gathered in St. Peter’s Square on Sunday to listen to Pope Francis’ address before and after the recitation of the Angelus.

The Holy Father reflected on the Sunday’s Gospel, which spoke of Christ’s desire to fulfill the Law of Moses. This ‘fulfillment’, he said, “requires a greater justice, a more authentic observance.”

“Jesus Himself answers us with some examples. Jesus was practical. He always used examples when he spoke to make himself understood,” he explained.

Referring to Christ’s words about ‘killing’ a brother through judging, the Pope told the faithful that gossip is an example of this form of judgement. 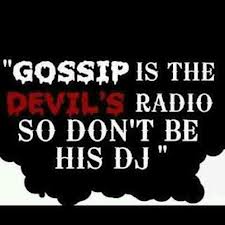 “Gossiping too can kill because it kills a person’s reputation! Gossip is very ugly!” he exclaimed. “At the beginning it can seem pleasant, even entertaining, like sucking on candy. But in the end it fills our hearts with bitterness, and it poisons us too.”

“I will tell you the truth, I am convinced that if each of us were to decide to avoid gossip, in the end we would become a saint! It is a beautiful path!”

The Holy Father went on to say that loving our neighbor, as Jesus says in the Gospel, requires more than just a strict observance of the Law, but rather “deeper motivations” that are a manifestation of God’s Wisdom.

Prior to reciting the Marian prayer with the faithful, Pope Francis concluded his remarks by asking those present to allow themselves to be open to the action of the Holy Spirit in bringing the law to fulfillment in their own lives.

“In the light of this teaching every precept reveals its full meaning as a demand of love, and all precepts are contained within the greatest commandment: love God with all your heart and love your neighbor as yourself,” he said.

“It’s so rotten, gossip. At the beginning, it seems to be something enjoyable and fun, like a piece of candy. But at the end, it fills the heart with bitterness and also poisons us,” Pope Francis said Feb. 16.

“I tell you the truth,” he preached to the crowds filling St. Peter’s Square. “I am convinced that if each one of us would purposely avoid gossip, at the end, we would become a saint! It’s a beautiful path!”

“Do we want to become saints? Yes or no?” he queried as the crowds replied, “yes!”

“Yes? Do we want to live attached to gossip as a habit?” Pope Francis continued, “Yes or no? No? Ok, so we are in agreement! No gossip!”

The Gospel reading at Sunday’s Mass contained the story of Jesus explaining to the disciples that he had come “not to abolish, but to fulfill the law” of the old covenant.

Jesus offers the example of the fifth commandment, “do not kill,” and goes on to add, “but I say to you, whoever is angry with his brother will be guilty before the court.”

“With this, Jesus reminds us that even words can kill!” explained the Pope. “When it is said that someone has the ‘tongue of a serpent,’ what does it mean? That his words kill.”

“Therefore, not only must one not make an attempt on the life of others, but one must not even pour on him the poison of anger and hit him with slander, nor speak ill of him. And here we arrive at gossip. Gossip can also kill, because it kills the reputation of the person,” stressed the Pontiff.

Jesus proposes another way to his followers, “the perfection of love: a love in which the only measure is not to measure, but to go beyond all calculating.” 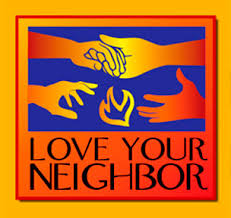 This Christian path of loving one’s neighbor is “so fundamental that Jesus comes to say that our relationship with God can not be honest if we do not want to make peace with our neighbor.”

“We are called to reconcile with our brothers prior to showing our devotion to the Lord in prayer,” said Pope Francis, noting Jesus’ words to his disciples, “if you are presenting your offering at the altar, and there remember that your brother has something against you, leave your offering there before the altar and go; first be reconciled to your brother.”

The Pope then summarized, “from all of this, one understands that Jesus does not give importance simply to disciplinary observance and exterior conduct. He goes to the root of the law, focusing above all on the intention and then on the human heart, from where our good or bad actions originate.”

“Good and honest behavior”, he said, does not come merely from “juridical norms” but rather requires “profound motivation, expressions of a hidden wisdom, the Wisdom of God, which can be received by the grace of the Holy Spirit.”

It is Holy Spirit who “renders us capable of living divine love” and following “the greatest commandment: love God with all your heart and love your neighbor as yourself.”

HOW TO HAVE A FRUITFUL READING OF HOLY SCRIPTURE

WHERE DOES YOUR FAITH LEAD YOU?