GRACE IS MORE IMPORTANT THAN BUREAUCRACY WHEN EVANGELIZING OTHERS

VATICAN CITY, May 8 (CNA/EWTN News) .– In his daily Mass Pope Francis reflected on attitudes necessary to evangelize, emphasizing the need to leave room for the grace of God instead of putting our own bureaucratic obstacles in the way.

“Grace: Grace is more important than all the bureaucracy…Remember this” the Pope insisted in his May 8 daily homily.

Addressing to those present for his Mass in the Vatican’s Saint Martha guesthouse, the pontiff began by returning to the day’s first reading, taken from the Acts of the Apostles, in which an angel speaks to the Apostle Philip and tells him to walk along a desert road, on which he meets a eunuch whom he baptizes. 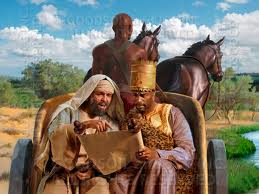 Referring to the importance of being docile when we evangelize, the Pope explained that “He, Philip, obeys, he’s docile and accepts the calling from the Lord.”

“Certainly he left behind many things that he ought to have done, because the Apostles in that period were very busy evangelizing,” he noted, however, “he leaves everything and sets off.”

“This makes us see that without this docility or meekness before the voice of God nobody can evangelize, nobody can announce Jesus Christ: at the very most he will be announcing himself.”

Describing how it is “God who calls us, it’s God who starts Philip on that road,” the Roman Pontiff reemphasized that “Philip follows. He’s docile.”

Bringing to mind another important element in evangelizing, Pope Francis drew attention to how Philip used dialogue when announcing the Gospel to the eunuch, stating that “You can’t evangelize without dialogue. It’s impossible.”

“You must begin from where the person who is to be evangelized comes from,” he observed, noting that “this is so important.”

Highlighting how some might say, “But father, we waste so much time because every person has his or her own story, he or she comes with their own ideas,” the pontiff acknowledged that indeed “time is wasted.” 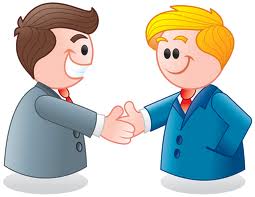 “More time than God wasted when he created the world and He did it well. Dialogue.”

“Spend time with that person because that person is who God wants you to evangelize,” he said, adding that “it’s more important to give him or her the news about Jesus,” but we must give it to them “according to who he or she is, not how they should be: how he or she is right now.”

Continuing, the Bishop of Rome encouraged attendees to think about three “moments of evangelization,” naming them as “the docility to evangelize, to do what God is requesting,” and “secondly, a dialogue with the people – but during this dialogue, you begin from where these people come from.”

“And thirdly, trusting in grace: Grace is more important than all the bureaucracy” he observed. “Remember this.”

“So many times we people of the Church are a factory to create obstacles so people can’t arrive at grace,” the Pope concluded, praying “may the Lord help us to understand this.”