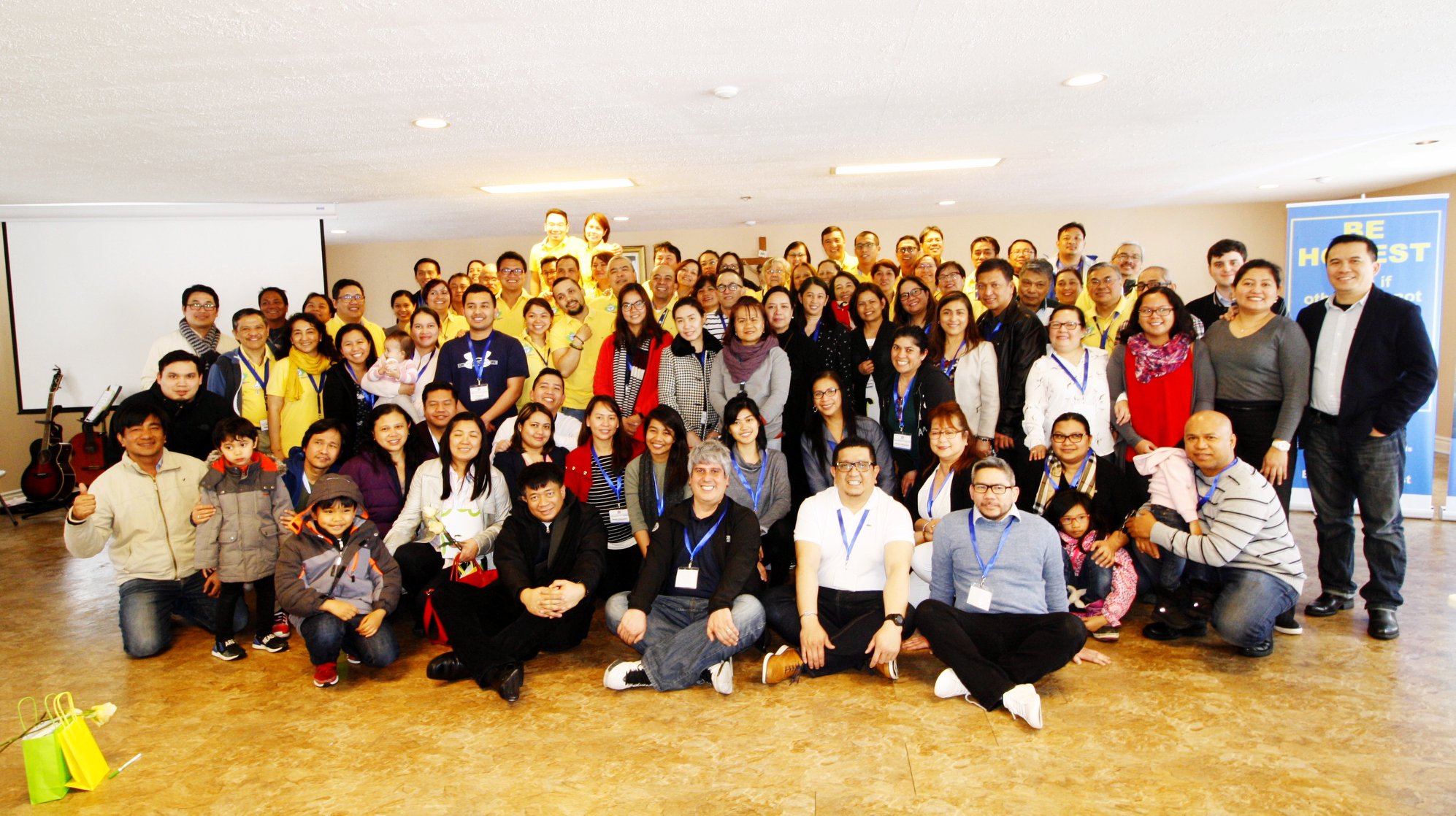 The BCBP Canada GTA West Mission just had their Brotherhood Christian Life Program #8 over the weekend (April 13-15) at the Regina Mundi Retreat Centre, an hour’s drive north of Toronto. It was attended by an unprecedented 47 participants from all over the Greater Toronto Area. Fondly dubbed as “Weekend with the Lord”, it had all the trappings of a countryside cottage getawayhaving been held in idyllic East Gwillimbury, Ontario. Formattedwith a carefully planned schedule, BCLP 8 had compressed the 13-week regular BCLP course over a single weekend. To prepare for this compression, the GTA Chapter had earlier adopted the TED (Technology, Education, and Design) way of doing all the talks, setting a maximum of 18-20 minutes per talk. The challenge was not so much on the 18-minute rule as it was on making sure that these were memorable, novel and dogmatically compliant with the BCLP Manual. Even with such novel approach to compress the course, the Course Leaders made sure that the inviolable time allotments of Group Discussions, Confessions and One-on-Ones were strictly observed.

Although there was freezing rain and snowstorm that weekend, it did not stop the participants and servants from driving in such hazardous road conditions. The Lord in all His goodness, made sure everyone was safe and fully sheltered.

Picking up from some 24new graduates in the GTA East Mission BCLP #1 last February 2018 in Courtice, Ontario, this BCLP #8 was the first ever in Canada GTA and possibly in the whole north American front with the highestnumber of participants – a fulfilling culmination of months of intense spiritual and logistical preparations. BCLP #8 was headed by Bro Bobby and Sis LagringBalinado and they were so grateful for the full support of the GTA members and leaders and even to the BCBP Mancom Ladies in the Philippines who served as part of the round-the-clock intercessory during the conduct of the BCLP.

Towards the end of this year, with the 6th Grand Anniversary coming up in October, the community is hopeful there will be two chapters in the Greater Toronto Area – the East and the West.

From a single seed planted on Canadian soil in 2012 by the audacious couple Brother Etchin and Sister Odit Sumagang whose first theme was “Behold, I have given you the first fruits of the land” (Deuteronomy 26:10), the GTA Chapter has now grown with five Missions – Vancouver, Edmonton, Calgary, East Greater Toronto Area and Hamilton.
With the GTA composed of very empowered community members whose resolve, strength and inspiration could only be drawn from the Holy Spirit, there’s no telling where the next direction goes. The only tell-tale indication of where the Lord wants it to go is expressed loudly in the servant’s BCLP 8 shirts which says it all – “Speak, Lord. Your Servant is listening.” READ: Anywhere!

Simply put, what it actually means is – “Lord, send us to where your greater purpose is served, and we’ll gladly be there!”

BCBP Makati and Taguig Golfers give back

Welcoming 2021 as One Family with One Vision...

A Time of Hope and Joy