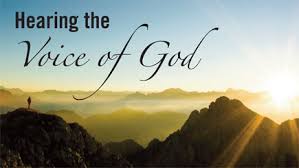 Original Source: CBN 700 Club. So how can we know whether we’re hearing the voice of God? The Bible gives us seven basic keys or filters through which every possible leading should be judged. We are to carefully examine the thoughts and intentions of our hearts — and the words of godly people who may have influence on us by their words and actions — through the use of these seven keys:

Scripture: “All Scripture is given by inspiration of God, and is profitable for doctrine, for reproof, for correction, for instruction in righteousness, that the man of God may be complete, thoroughly equipped for every good work” (II Timothy 3:16-17).

The Holy Spirit speaking to our heart: “For this is the covenant that I will make with the house of Israel after those days, says the Lord: I will put my laws into their minds, and I will write them on their hearts. and I will be their God, and they shall be my people. And they shall not teach everyone his fellow citizen, and everyone his brother, saying, ‘know the Lord,’ for all will know Me, from the least to the greatest of them” (Hebrews 8:10-11).

The Prophetic (word of knowledge, word of wisdom, personal prophecy): “Do not quench the Spirit; do not despise prophetic utterances. But examine everything carefully; hold fast to that which is good” (I Thessalonians 5:19-21).

Godly counsel: “Where no counsel is, the people fall: but in the multitude of counselors there is safety” (Proverbs 11:14).

Confirmation: “By the mouth of two or three witnesses every fact may be confirmed” (Matthew 18:16).

The peace of God: “Let the peace of Christ rule in your hearts, to which indeed you were called in one body; and be thankful” (Colossians 3:15).

Circumstances/Timing: “After these things he (Paul) left Athens and went to Corinth. And he found a certain Jew named Aquila, a native of Pontus, having recently come from Italy with his wife Priscilla, because Claudius had commanded all the Jews to leave Rome. He came to them, and because he was of the same trade, he stayed with them and they were working; for by trade they were tent-makers” (Acts 18:1-3 — this relationship between Paul, Aquila and Priscilla — which happened as a result of circumstances — became one of the most important strategic partnerships in the book of Acts).

Many times the Lord will confirm His direction to us through three, four or more of these keys — especially when we are in the process of making an important, life-changing decision. The bottom line, as Pat Robertson has said for years, is that big decisions take big prayer. In other words, as we humble ourselves before the Lord, seek His guidance in our lives, the Good Shepherd will be faithful to lead us, “…in paths of righteousness for His name’s sake” (Psalm 23:3).

As a Catholic, let’s add two more keys: the Sacraments of Reconciliation and the Eucharist.

AN OJT SERVANT’S TALE: GOD’S MERCY IN TIMES OF FEAST AND FAMINE