HOW TO HAVE REAL HAPPINESS AT WORK 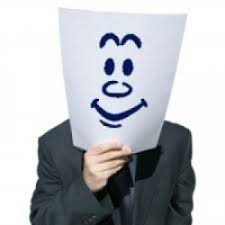 Anyone who can breathe can find happiness—even at work. Of course, we would like to believe that attention is infinite, but it isn’t. That is why multitasking is a misnomer. The brain can focus only on one thing at a time. We take in information sequentially. When we attempt to focus on multiple tasks simultaneously, what actually happens is that we switch back and forth between tasks, paying less attention to both. This does not mean that we can’t walk and chew gum at the same time, of course. What we cannot do is concentrate in the same moment on two distinct, input-rich activities that require our attention. While we may be able to talk on the phone and stir coffee simultaneously, we can’t carry on a conversation and text at the same time without losing information and time.

Studies show that when people are interrupted and have to switch their attention back and forth, they take—on average—50 percent longer to accomplish the task and make up to 50 percent more errors. That’s because each time you switch tasks, your brain has to run through a complex process to disengage the neurons involved in one task and activate the neurons needed for the other. The more you switch back and forth, the more time you waste and the lower your quality of work.

Strung out by information overload, however, many of us are becoming habituated and addicted to distraction. “Successful” multitasking has been shown to activate the reward circuit in the brain by increasing dopamine levels—the brain chemical responsible for feelings of happiness. The danger of this is that the dopamine rush feels so good that we don’t notice we’re making more mistakes. This is comparable to the rush you might feel while playing the slot machines in a casino. Stimulated and entertained by the flashing lights, the ringing bells, and the distracting, carnival-like atmosphere, gamblers go into a pleasure trance, addicted to the illusion of winning money when, in fact, they’re going broke. It’s important to be aware of how multitasking can stimulate us into mindlessness, giving the illusion of productivity while stealing our focus and harming performance.

“When you are walking, walk. When you are sitting, sit,” is ancient wisdom. Hopping rapidly from one thing to the next, answering the phone while we’re shuffling papers while we’re sipping a latte, we fritter away our attention and forget more easily. In addition to dopamine, multitasking prompts the release of adrenaline and other stress hormones, which contribute to short-term memory loss as well as long-term health problems. This also means that the information we take in while multitasking is harder to retrieve later than information we take in while concentrating. That is why learning to be a unitasker in a multitasking world is so vital.

Rather than divide our attention, it is far more effective to take frequent breaks between intervals of sustained, one-pointed attention. A Web designer named Brian figured this out for himself with no knowledge of neuroscience. “I work for a community news site and have to be online from nine to five,” Brian says. “It can really fry the brain and get tedious. I’ve found that if I take ten minutes or so for every hour of work to do something for myself, like read somebody’s blog or take a walk, it helps me concentrate when I turn back to my duties.” Although this may sound difficult, Brian’s increased focus enables him to return to the task at hand with surprising ease. “Instead of hopping from thing to thing—which is so tempting with the Internet—I focus on what’s in front of me. Then I let myself dillydally to give my brain a rest. When it comes to work, less is definitely more in terms of feeling satisfied. And efficient.” While this may sound counterintuitive, relaxing our focus for regular intervals and pacing our sustained concentration sharpens attention and renders the mind more flexible.

Debunking the myth of multitasking, we become much better at what we do and increase the chance of being able to remember the details of work we have done in the past. 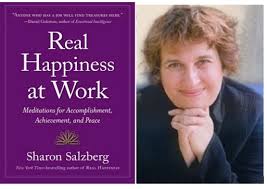 Sharon Salzberg is one of the leading meditation and spiritual teachers in the world. She cofounded the Insight Meditation Society with Jack Kornfield and Joseph Goldstein, and is the author of eight books, including the bestselling Real Happiness, Lovingkindness, and Faith. A meditation teacher for 40 years, she has been a contributing editor at O, The Oprah Magazine and has appeared in Time, Real Simple, Good Housekeeping, Self, Yoga Journal, More, and others. She divides her time between Barre, Massachusetts, home of the IMS, and New York City.

Use downtime to your advantage. OK, downtime is a relative term. But you probably have a few slightly less busy stretches during the day. Use these times to handle essential but mundane tasks. For example, you might regularly schedule time right after lunch to tidy up your workspace and clean out your e-mail inbox. These types of activities lend themselves to multitasking because you can switch to autopilot without fear of making a critical misstep. You may even find that shutting off your brain to multitask during these moments provides a much-needed mental break.