I RECEIVED THE BEST CHRISTMAS GIFT OF ALL

LUKE 1: 26-37 concludes with the angel telling Mary that “With God nothing is impossible. ” I would like to share with you how I know that the angel’s statement is true, real, and wonderfully, wonderfully true!

Malamig na naman ang simoy ng hangin. I remember many Christmases ago, even before the month of December sets in, our family is already busy shopping for the things that will be needed come Christmas time. I make sure that we have gifts and baskets of groceries to give out to relatives and friends and most of all, expensive wine that we can partake of in our merry making. That was the meaning of Christmas for me then – ‘Giving’. When somebody gave me a gift, I made sure that I would give that person something much more expensive than what I received. I didn’t want anybody looking down on something I had given them. More often than not, gift giving was merely like exchange gifts for me – no meaning, no spirit of giving – just a matter of pride, arrogance.

For a long time, that was the essence of Christmas for me. Until little by little, my eyes were opened to the real meaning of the spirit of Christmas. Through Bible reading and in particular, Matthew Chapter 2, helped me understand that the meaning of Christmas is not just giving gifts but offering to Jesus Christ what I am and what I have. Like the magi who didn’t give each other the gifts – gold, frankincense and myrrh, but offered them instead to the infant Jesus as a sign that they acknowledged Christ as the King of Kings. And this is what I did when I received Christ as my Lord, my King and my Savior

On October 1, 2009, five days before my 38th b-day, I was confined in the hospital for a nasopharyngeal biopsy. After a few days of waiting for the result, I was devastated when the doctor told me that I have nasopharynx carcinoma. Brothers and sisters, maganda lang pakinggan dahil parang sosyal ang dating pero cancer po ang kahulugan nito – I was seriously ill. The doctors advised me to undergo chemo and radiation therapy for 49 days – 35 sessions on radiation, 5 times a week, and 6 sessions of chemo therapy.

I knew right there and then that the days ahead would be tough. The cost for treatment of both radiation and chemotherapy would be enormous; not to mention the cost of medicine that I would be needing and the hospital bills. My wife and I didn’t know where we were going to get the money for treatment.

Christmas Season was just around the corner and we didn’t have enough savings for both the holidays and my treatments. All we did during those times was seek for God’s help and mercy as we lifted up to Him everything. We at once felt His presence with us in so many ways. He sent people to give us help and support – those who prayed with and for us, those who gave us financial help, those who in one way or the other made our load bearable – many people that we didn’t even seek help from, He brought to us to help us. He even guided the doctors and the hospital staff who were attending to my needs. The Lord is truly awesome in His ways even sending people to help us out financially – we didn’t even have to look for them – He sent them to us. God is Good!

Before, I didn’t ever want to ask for help; what I wanted then was that I be the one to give help. Most of all, I never wanted anyone to feel sorry for me. But after what I’ve been through, the Lord totally changed me: my selfishness, self-centeredness and arrogance vanished and He replaced it with humility, meekness and compassion. I acknowledged before Him that I am nothing and it is only to Him that I can ask for mercy and strength and so to Him I offered everything.

During those difficult times, all that my wife and I did was to give praises and glory to God; we kept on praying; we read the Bible as it was from His words that we relied upon as we claimed the promises written there. He didn’t let us down. There are a lot of promises written in the Bible that if not proclaimed will be totally wasted. God is not a liar and His word is alive. I can say this now because I am a living witness. I wouldn’t have the right to say these things if I hadn’t experienced it.

December 10, 2009 was my last therapy – a few days before Christmas. As I gave thanks and praises to God, I couldn’t contain my happiness for the new life that He was giving me. No need to make plans for Christmas. What was important was that my family and I would be together.

But God is truly generous when it comes to gift giving, for 3 days after my last therapy, while I was resting and trying to live a normal life, He gave us again another gift – an awesome blessing. James 1:12 “Happy are those who remain faithful under trials, because when they succeed in passing the test, they will receive as their reward the life which God has promised to those who love him.” Truly all things are possible with God. 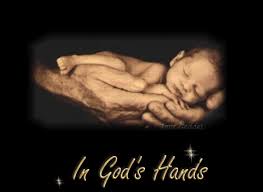 For our almost 16 years of marriage, my wife Luchie and I never lost hope of having a child of our own. We believed that in God’s perfect time, my wife would conceive. After so many check-ups with so many ob-gyne, the last doctor told us that Luchie couldn’t conceive a child in a normal way because of her blocked fallopian tube at polysistic pa po siya. Her doctor suggested for us to undergo invitro in Singapore, because they have a high success rate there. But we decided instead to rely on God’s will and so we never got tired of asking God for a child and we continued to hope. I remember my wife’s prayer was: “Lord, You gave me this hope and until now it is in my heart.” We couldn’t contain our hearts with joy when 3 days after my last therapy, we found out that Luchie was pregnant. Truly our Lord is a Marvelous God! He works in wondrous ways. That Christmas of 2009, the Lord gave our family two lives – mine and our child’s, a healthy baby daughter now one year old! We have named her Cian Janah: Cian means persistent faith, Janah means gift from God.

A few days to go, and Christmas will once again be here. Now, we are into a different kind of preparation – we are preparing for the coming of our Lord Jesus Christ. I know now that the true spirit of Christmas is love for others not only for my family, relatives and friends; calling to mind all our sins and being sorry for them, turning our backs on them; forgiveness; living the fruits of the Holy Spirit; faith and trust in God and most of all, the real reason for the Christmas celebration – God sent His only Son Jesus Christ to be our Lord and Savior. He is a gift we don’t deserve but the Father sent Him nonetheless because of His great love for us.

May we receive this everlasting gift and may we live worthy of God’s love not only this Christmas Season but all through our lives. May we be like the star that guided the magi so that we too like stars will become the light, even the salt for the people we encounter each day. For me, this is the true essence of Christmas.

A SEASON FOR RENEWING OUR HEARTS

AGM: FOUR GIFTS FOR YOU THIS ADVENT

Bro. Raul, thank you for sharing your story. Indeed, our God cannot be outdone in his love for all of us. What He wants from each of us is to pray to Him constantly, have faith and full trust in His word and to obey Him. God is good all the time. Merry Christmas to you and your family. Praise God.