IQ AND EQ ARE NOT ENOUGH, YOU NEED AQ, TOO 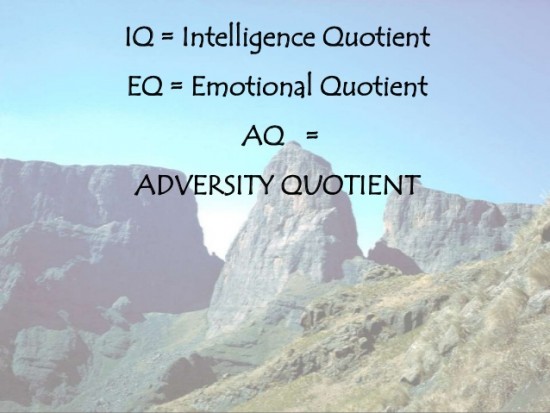 IQ and EQ are not enough. You need GRIT too.

The German psychologist William Stern coined the term IQ in 1912, a couple of years before World War I. The concept of emotional intelligence emerged over half a century later, but the term EQ only became widespread in the late 1990s, with the success of Daniel Goleman’s book Emotional Intelligence.

Dr. Paul Stoltz’s Adversity Quotient—AQ for short—came out in 1997. Stoltz argued that while IQ and EQ certainly play a part in determining success in life, they by no means guarantee it. Why not? Because people with high IQ and EQ sometimes lack the passion and persistence needed to overcome adversity. They lack AQ or “grit.” (With the recent publication of Angela Duckworth’s Grit: The Power of Passion and Perseverance, grit may be more familiar than AQ for some of you.)

As a business leader, I certainly need all three Qs: IQ, EQ and AQ. I use IQ to analyse situations, formulate strategy and implement action plans; EQ to motivate my staff around a shared vision; and AQ to respond to existential threats, like the 2008 financial crisis. At the same time, AQ is a valuable quality even in an everyday, crisis-free business context—and one that can learned. I need to backtrack a bit to explain why.

Stoltz compares life to climbing a mountain. In line with this metaphor, he divides people into three broad groups. 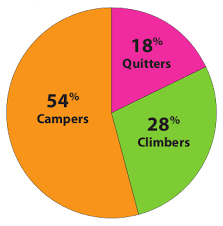 QUITTERS … who choose to “opt out, cop out, back out, and drop out,” not even trying to scale life’s mountain.
CAMPERS … who climb just far enough to “find a smooth, comfortable plateau from which to hide from adversity” and ultimately “atrophy” from lack of movement.
CLIMBERS … who are “dedicated to the lifelong ascent” and continue climbing even in the face of setbacks.

According to Stoltz, the possession of AQ is what separates Climbers from Campers and Quitters. While Quitters and Campers turn into helpless victims in the face of adversity, Climbers respond “with a sense of purpose and a sense of control.”

I attended one of Stoltz’s seminars in Kyoto in the late 1990s. At one point, he asked the audience to list the people they most admired. All sorts of names came up from South African president Nelson Mandela to Panasonic founder Konnosuke Matsushita. They all had something in common. Can you guess what?
Experience of overcoming adversity. Mandela spent 27 years in prison before becoming his country’s first black president. Matsushita endured a childhood of poverty and ill health en route to founding his electronics juggernaut.

In order to weather adversity in this way, you need to be tough. That’s why resilience is so important. And the great thing about resilience, as Stoltz points out, is that it can be learned in childhood. I try to apply this insight to my children’s education. For instance, I got all my sons learned to play the board game Go from the age of six. The reason? Go is a game in which luck plays no part: If you lose, you lose because you are the weaker player. If you win, it’s because you are the stronger. And the only way to win is through long, hard practice. Playing Go thus constitutes a relatively pain-free way for children to learn how persistence overcomes adversity, and to thereby start cultivating the resilience they will need as adults.

I also encourage my boys to take on various other challenges, from playing sports competitively to spending one of their high school years abroad. Japanese “exam hell” is another way that children in Japan build resilience: spending a couple of years preparing for junior high school entrance exams, and later, for university entrance, is a great way to develop a self-disciplined, purpose-driven “Climber mentality.” 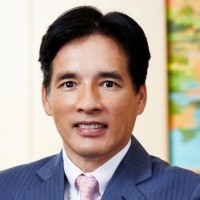 My role as CEO is not dissimilar: I try to create an atmosphere that encourages people to venture out of their comfort zone to seek new challenges. I try to foster a “Climber mentality” throughout the organization. The fact is, if you feel too comfortable with your job, then you’re not getting any better at it. That’s why we should all welcome a degree of adversity, difficulty or challenge into our lives. Adversity represents a chance for self-improvement.

What’s your take on AQ/grit? How do you rate it against IQ and EQ? Do you think resilience can be learned? Does your organization have a “climber mentality” or a “camper mentality”? Let me know your thoughts.

[Note: This article has received to date more than 250 comments. Read them by accessing the article’s Internet Source, given below.]

Yoshito Hori is the Founder and President of GLOBIS, No.1 MBA Program & No.1 VC (Venture Capital & Private Equity) in Japan. Founded G1 Institute & KIBOW. A father of 5 sons.