MAKING THE WAY FOR THE NEXT STARS AND SERVANTS

MAKING THE WAY FOR THE NEXT STARS AND SERVANTS
Subtitle: “There is a time for everything”

America loses to Europe, yet again, in the 2014 Ryder Cup. It’s their 8th loss in the last 20 years or 10 meetings. And guess what, America is still enamored with Tiger Woods. He hasn’t won anything at all, at least in the last three years. This love affair continues to be bolstered by golf magazines and television. 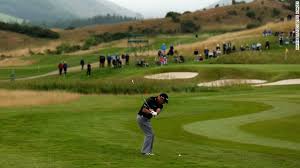 The US is now soul searching and desperately seeking the next new face of American Golf. Not Phil Mickelson as he is actually old enough to Captain the next Ryder Cup Team USA. Bubba Watson? at 35, and the spectacular two time Masters Champion in the 3 years. Maybe. For a while he was on his way to replacing Tiger as the next face of Golfing America. The only problem is that, he disappears, really, in between tournaments.

Europe of course has the world No 1, Rory McIlroy, 25 years old, as the definitive face of European Golf. In fact he is the new face of Golf worldwide. Add to that, he has a strong supporting cast in Martin Kaymer, the resurgent Sergio Garcia, perhaps even the 35-year-old Graeme Mcdowell. The golfing cast of Europe is strong.

And America is still enamored and distracted with Tiger Woods. Try checking Golf.com now if you wish. There is even a “Tiger Tracker” on several websites. And yes, he does still bring in a lot of endorsement money for the brands. For now he is a money-making distraction preventing golfing America to focus on winning. As far as real time winning in Golf, his presence is really irrelevant. Ricky Fowler, a young good-looking hopeful looked promising in 2010. But to this day he has yet to win a major. To this day he has never been on a winning US Ryder Cup team. To this day he remains “promising”.

Thankfully BCBP Makati, my chapter, is not making that mistake. The last five BCLP’s have reaped a rich pool of young professionals . . .the future of Makati Chapter and our Taguig outreach. Even younger members have joined Makati as most of my BCBP contemporaries have had newly graduated kids who have taken their own BCLPs.

I have always said in some of my BCLP talks that our service in BCBP does not last forever. Our current service only paves the way for future servants; and once they are ready we can then quite easily step aside and give way. It looks like that is happening now in Makati Chapter. Even the BCBP’s traditional way of doing things just might need some rethinking. Perhaps we are on our way to seeing younger Mancom Members, National Presidents and BOT Chairmen in fact.

Ecclesiastes 3: there is a time for everything, and a season for every activity under the heavens. 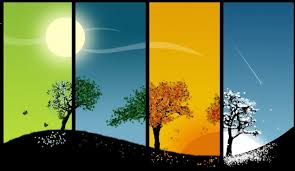 The Makati breakfast head transition come Jan 1 presents an example of succession. It also presents a dilemma. How young does one want the next breakfast head to be? Not too new a member perhaps. A seasoned member as BH, as I have found out, will have an advantage. He can have a much easier time DIRECTLY inviting sharers since he knows them personally. That goes, as well, for the gained familiarity with good sharers from other chapters. This is earned out of seasoned attendance in multi-chapter events such as National Anniversaries and Sectoral events and retreats.

I advocate the idea that the Breakfast Head position of any chapter should not be used as a “rites of passage” position for new members. However, I am now wanting to see that the next Makati BH should be in his early to mid 30’s. Call him seasoned “yuppie”.

Back to golf … The Americans will do well to read the message from that last Ryder cup match borne by Patrick Reed, 24, and Jordan Spieth. Both Ryder are rookies and both are young. Both were winning single and team games in the presence of the “older” Americans Jim Furyk and Phil Mickelson.

Golf is getting to be a young man’s game. And, it seems, in some areas and in some ways so is the BCBP.

Jesus reminds us in John 15: “I am the true vine, and my Father is the gardener. He cuts off every branch in me that bears no fruit, while every branch that does bear fruit he prunes so that it will be even more fruitful.”