“MAY GOD HAVE MERCY ON OUR CONGRESS”: ARCHBISHOP LAGDAMEO 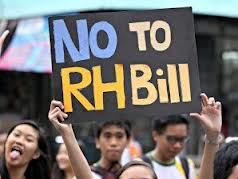 Filipino Bishops Denounce Move on Reproductive Legislation
Archbishop Lagdameo: May God Have Mercy on Our Congress

MANILA, Philippines, AUG. 8, 2012 (Zenit.org).- Despite protests from the bishops’ conference, the Philippine Congress has ended debates on the controversial Reproductive Health (RH) Bill. While a final approval of the bill has not been reached, the move will allow for amendments of the bill to be enacted.

The Reproductive Health bill would allow for universal access to contraceptives, birth control and intrauterine devices (IUD). The bill would also enforce “sexual education” on children starting at the 5th grade level.

The Catholic Church in the Philippines has expressed dismay at the act by the Congress. “May God have mercy on our Congress,” exclaimed Archbishop Angel Lagdameo of Jaro.

Despite the turn of events, Archbishop Lagdameo encouraged those protesting the bill to continue their advocacy. “Do not lose hope. Our campaign continues. I hope you do not surrender because of this challenge,” he said in an interview with Youth Pinoy, one of several youth groups involved in the Church’s Anti-RH advocacy.

As for the members of the Filipino Congress, who will soon vote on the proposed legislation, Lagdameo urged them to “be discerning.”

“I hope that they will discern on what will truly bring about the common good for our country,” he said. He also urged proponents of the RH bill in the Congress and Senate to “reconsider their position.”

President Benigno Aquino III recently expressed support for the bill by saying that it would help reduce overcrowding in schools. The Bishops Conference was swift in its denouncement of the president’s statement, stating that the bill is nothing more than a population control method under the guise of “reproductive health.”

The CBCP called on Catholics to openly oppose the bill. An estimated 10,000 people attended a Prayer Power Rally on Saturday to voice their opposition to the legislation. The rally ended with a Mass presided over by Bishop Gabriel Reyes, chairman of the Episcopal Commission on Family and Life. Retired Bishop Teodoro Bacani of Novaliches delivered the homily where he spoke strongly against President Aquino’s support of the RH bill.