My youngest daughter Mia turned 17 in December, and in March this year, she will graduate from high school and go off to college. It will be an important day. Precisely because she is the youngest, events like her first day in school, her First Communion, her first night in Camp and her first teen-age Valentine, are especially marked for me as a parent. And I’m sure you can relate: whenever a milestone like this comes around, the memories come flooding right through.

One such reminiscence stands out. 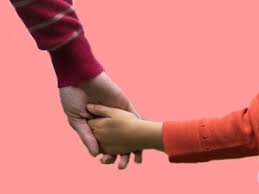 Twelve years ago, the boys were all grade schoolers in Xavier, Marga had just started first grade in Poveda and Mia, last on the beeline, was in Kinder2. Our weekday mornings were always hurried and harried until they were all finally inside their school gates. The rest of my day was invariably peppered with shuttling the children to and from school. At 10:30, I went out to fetch Mia. Marga was out at 2pm, and later in the afternoon, the boys would be done with their Mandarin tutor, raring for a snack and bursting with pent-up energies. At home, we engaged in taguan-pong strategies to get the homework done, the teeth brushed and the TV turned off. Oh, of course there was dinner somewhere among all that.

I soon learned that the best window for doing outside chores – shopping or a trip to the bank – was “between Mia and Marga,” as I used to put it. One child in tow while eyeing grocery shelves was easy, as was managing one impatient child while waiting in line. After we picked Marga up, we usually headed straight for home, so that they could have a nap and be ready for the kuyas, I said, but it was mostly in consideration of my temper and my sanity.

One fine day, Mia and I were walking, hand in hand, along the path outside Unimart in Greenhills, on the way from one errand to another. Mia was probably licking on a lollipop and I was most likely ticking off items from my mental list. All of a sudden, she tugged at my hand and asked, “Mommy, when you were pregnant with your first baby, did you want a boy?”

The question took me aback – it was very unexpected. Looking back, I recalled that, as most Mommies would attest, it was not so much the gender but the health of the baby that filled my prayers throughout each pregnancy. But that’s not what I told Mia. Such a left-field question was surely a lead-up towards something, I thought.

Mia was thoughtful for a very short moment, and then she looked up at me and declared her happy discovery. “And you got Kuya Nico!”

After a few steps, another question, “Then, when you were pregnant again, did you want a boy again?”

I knew it! She was in pursuit of something! Again, I remembered similar prayers for health, regardless of gender. My second lie was easier. “Of course.”

Her retort was quick too, accompanied by a wide smile, “And then you got Kuya Tono!”

“Yes I did.” I was smiling too, I was on to her, this was good. True enough, she went through the same pattern, asking me about my third pregnancy, with her Kuya Anton, and my fourth, with her Ate Marga. And, awash with memories, I lied twice more.

After she announced that I got what I wanted the fourth time, I expected her to jump right into THE question: the one about my fifth pregnancy, with her. But she was quiet. I waited for a minute, maybe it was two – her silence seemed to stretch miles around us – yet there was nothing. The seconds ticked as we kept walking.

Then, the little hand I held tightened a wee bit, and with a soft voice that seemed far away and very, very careful, my youngest daughter, looking straight ahead, asked me, “What about the fifth time you were pregnant, Mommy… did you want….a girl?”

I tightened my hand around hers, just a tiny bit too, and without the slightest hesitation, pronounced my fifth lie, “Yes I did.”

Mia visibly exhaled and her hand softened inside mine. She stopped in her tracks, looked up at me and beamed, “And you got me!”

We walked on. I don’t remember anymore where we went after that, but wherever it was, my daughter got there with a glad heart and a shining face. As for me, I came away from that experience with the certainty that despite having told five lies in less minutes – okay, for my conscience’s sake: five little, white, semi ones! – I had given my daughter a gift that I believe will serve her in many ways for the rest of her life.

There you are, the best lies I ever told.

WALKING THE PATH OF LIFE IN A RELAXED MANNER

a memory of a great relationship between a mother and her child. congratulations sis annie!