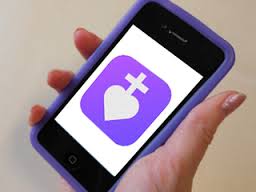 The Ethics and Public Policy Center said its free app is “a great resource for politicians, journalists, teachers, students and anyone who wishes to better understand the Church’s teaching on issues of economics, politics and culture.”

The Catholic Social Teaching App provides a selection of papal encyclicals ranging from Pope Francis’ 2013 “Lumen Fidei” back to Pope Leo XII’s 1891 “Rerum Novarum.” It includes documents from the Congregation for the Doctrine of the Faith on bioethics and Catholic political participation, as well as Pope Francis’ apostolic exhortation on evangelization, “Evangelii Gaudium.”

Search and cross-reference functions help users find content about topics that interest them.

The app’s promoter, the Ethics and Public Policy Center, was founded in 1976. According to its website, its goal is the application of “the Judeo-Christian moral tradition to critical issues of public policy.”

LOVE AND MARRIAGE MUST NOT BE OVERCOME BY THE “THROWAWAY CULTURE”

TITHING IS GIVING BACK TO THE LORD