NO RESET BUTTON, BUT OUR WOUNDS WILL HEAL

“The Greatest of Courage, The Courage To Suffer”—Victor Frankl

While poring over all the headline stories and pictures today about the catastrophic Typhoon Yolanda, I cannot help but feel crushed and pained for the people of Tacloban and various other places in the path of destruction. Trying to put myself in their shoes, I try to imagine what its like to lose your whole house. To feel so fragile and defenseless. It is so hard to imagine the feeling. Other victims of Hurricane Katrina and Sandy have said that the biggest losses where that of family treasures, not works of art, Monet’s , Orlina’s, Amorsolos or the like, but family photos, memorabilia and keepsakes which bring one back to important milestones, events in the family’s life story. They are irreplaceable. 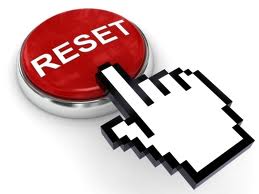 In modern parlance, there is no reset button for this. No amount of insurance can assuage that loss. What more of the loss of a loved one who was just fully alive with you the night before? Stunning, shocking and life draining.

But the other half of the headlines and the columns speak of the Filipino spirit of resilience, hope, the capability to smile or laugh and enduring perseverance. One really wonders at the great wonder of creation that is the human spirit. I am reminded by that famous psychologist, Victor Frankl , author of ‘Man’s Search for Meaning’, who was imprisoned in the death camps of World War II Dachau. While undergoing torture in the like of sterilization experiments being conducted on his body by twisted German doctors, he kept his mind’s focus on how he was to lecture to his post war students on his valuable findings in his wartime experience. Something in the future was pulling him onwards to hope and visualize, to dream and be energized. This was what had kept him and many others imprisoned ALIVE for the future.

In his book he says, “When we are no longer able to change a situation, we are challenged to change ourselves.” Prisoners at concentration camps survived due to their sense of the future. They had detected their meaning of their life, their mission. They sensed that some important work was yet to be done in their lives. Important and relevant core questions needed to be answered: What is life asking of me? What kind of contribution can they STILL possibly make?
When they strove to ASK AND ANSWER these questions, IT EMPOWERED AND EMBOLDENED THEM to realize “OUR WOUNDS WILL HEAL!” 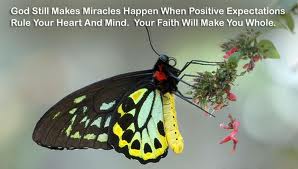 According to Stephen Covey in his book, “The Seven Habits of Highly Effective People”, this realization by Victor Frankl,TRIGGERED A HEALING PROCESS IN THEIR BODIES CAUSING THEM TO SURVIVE the holocaust. THE OPPOSITE choice WAS MEANINGLESSNESS, to have NO SENSE OF MISSION or the FUTURE, it meant non-survival or death.

Covey points out that REALIZING BRAVELY THAT WE (the prisoners) HAVE A DESTINATION, THAT WE HAVE A SIGNIFICANT PLACE TO GO TO (in the future), this realization is powerful enough to create that courage to suffer giving us the courage to live and go on, to transcend the present catastrophes and difficulties facing us. Perhaps for the victims of calamities these realizations will be the lifesavers.

The most incredible of questions I have heard asked in media was, WILL FAITH PLAY A ROLE IN SURVIVAL AND REBUILDING?

Post Yolanda conversations in our last action group were about how we ourselves would have coped with the same Yolanda conditions. Reflections surrounded on how our very own houses would look after the major howler. Many were in consensus that we would also be in same conditions of disaster. One brother, a renowned architect, Topy Vasquez, said that only tempered glass of the highest quality for our windows, could withstand those 350 kph gusts but at a very high cost. Retrofitting the house for these new storm standards might as well point to building a new house altogether.

But really, can we possess a house that can withstand this storm surge of 6 meters of seawater and gale force winds equivalent to the engine roar of a Boeing 747? Can everyone have it and can everyone avail of it? The answer, dear friends in Christ, is a resounding YES! That house is called THE HOUSE OF THE LORD!

Isaiah 2:1-5 contains its strong specifications. “In the days to come, the mountain of the LORD’s house shall be established as the highest mountain and raised above the hills. All nations shall stream toward it, many peoples shall come and say: ‘Come let climb the LORD’s mountain, to the house of Jacob, that he may instruct us in his ways, and we may walk in his paths.’ Truly the Lord knew how to build HIS house, on the ‘highest mountain, raised above the hills’ far away from any harm in order to protect and unite his people in HIS love. 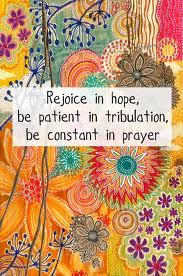 And how shall we find the house of the LORD? The Lord with emphasis as he drives away the merchants from the temple in Jerusalem cries out, ‘My father’s house shall be a house of prayer! But you have made it a den of thieves.’ IN PRAYER and IN HIS PRESENCE, WE SHALL FIND THE HOUSE OF THE LORD AND OUR PLACE IN IT. If we are truly the temple of the Holy Spirit, then WE MUST CONSTANTLY PRAY AS A WAY OF LIFE,SO WE CAN SURELY KNOW WE ARE IN THE LORD’S HOUSE AND HE IS WITHIN US.

When the storms of life strike us, we need not fear nor be anxious for we are within a house that He has gone ahead to prepare for us, His people. THIS IS OUR DESTINATION WHICH SHOULD BRING US LIFE, HOPE AND POWER IN OUR DAILY LIVING. ALLELUIA!

ADVENT: A SEASON OF REFLECTION AND PREPARATION

LET YOURSELF BE ENCOUNTERED BY THE LORD

You are correct bro when you said that calamities like yolanda erases memories which are recorded in photos and that adds to the pain of losing a house or love ones. After that you are forced to reflect that these treasured memories are nothing. We begin to appreciate that what’s important is the present, your family, the community, God and your relationship with them. You realize that there more important things in life and as a consequence you become less attached to things and really start to leave a simple lifestyle.