REGAIN “SENSE OF THE SACRED” THROUGH THE EUCHARIST 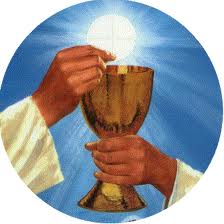 VATICAN CITY, February 10, 2014 (Zenit.org) – In his homily this morning at Casa Santa Marta, Pope Francis invited the faithful to “enter into the mystery of God” in the Eucharist and rediscover the sense of the sacred.

Reflecting on today’s first reading, which recalled the manifestation of God in the form of a cloud at the temple during the reign of King Solomon, the Holy Father said that while God spoke through his people through the prophets and Scripture, the Lord speaks in a different manner through this theophany. This theophany occurs today through the liturgical celebration, particularly the Eucharist.

“When we celebrate the Mass, we don’t accomplish a representation of the Last Supper: no, it is not a representation,” he stressed. “It is something else: it is the Last Supper itself. It is to really live once more the Passion and the redeeming Death of the Lord. It is a theophany: the Lord is made present on the altar to be offered to the Father for the salvation of the world.”

“We hear or we say, ‘But, I can’t now, I have to go to Mass, I have to go to hear Mass.’ The Mass is not ‘heard’, it is participated in, and it is a participation in this theophany, in this mystery of the presence of the Lord among us.”

The Pope went on to say that despite the importance of God’s presence in the liturgy, many often spend their time in Mass looking at the clock and “counting [down] the minutes.”

Concluding his homily, Pope Francis called on the faithful to ask the Lord to give them the “sense of the sacred” in order to distinguish between everyday devotions and the importance of the Eucharist.

HAS YOUR ACTION GROUP GELLED?

THE WAY OF LOVE AND SERVICE