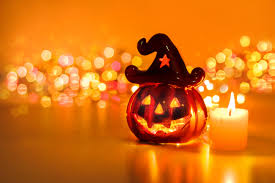 Should Catholics Celebrate Halloween?
The Christian Origins of All Hallows Eve

Every year, a debate rages among Catholics and other Christians: Is Halloween a satanic holiday or merely a secular one? Should Catholic children dress up like ghosts and goblins? Is it good for children to be scared? Lost in the debate is the history of Halloween, which, far from being a pagan religious event, is actually a Christian celebration that’s almost 1,300 years old.

The Christian Origins of Halloween

“Halloween” is a name that means nothing by itself. It is a contraction of “All Hallows Eve,” and it designates the vigil of All Hallows Day, more commonly known today as All Saints Day. (“Hallow,” as a noun, is an old English word for saint. As a verb, it means to make something holy or to honor it as holy.)

All Saints Day, November 1, is a Holy Day of Obligation, and both the feast and the vigil have been celebrated since the early eighth century, when they were instituted by Pope Gregory III in Rome. (A century later, they were extended to the Church at large by Pope Gregory IV.)

The Pagan Origins of Halloween

Despite concerns among some Catholics and other Christians in recent years about the “pagan origins” of Halloween, there really are none. The first attempts to show some connection between the vigil of All Saints and the Celtic harvest festival of Samhain came over a thousand years after All Saints Day became a universal feast, and there’s no evidence whatsoever that Gregory III or Gregory IV was even aware of Samhain.

In Celtic peasant culture, however, elements of the harvest festival survived, even among Christians, just as the Christmas tree owes its origins to pre-Christian Germanic traditions without being a pagan ritual.

Combining the Celtic and the Christian

The Celtic elements included lighting bonfires, carving turnips (and, in America, pumpkins), and going from house to house, collecting treats, as carolers do at Christmas. But the “occult” aspects of Halloween—ghosts and demons—actually have their roots in Catholic belief. Christians believed that, at certain times of the year (Christmas is another), the veil separating earth from Purgatory, Heaven, and even Hell becomes more thin, and the souls in Purgatory (ghosts) and demons can be more readily seen. Thus the tradition of Halloween costumes owes as much, if not more, to Christian belief as to Celtic tradition.

The (First) Anti-Catholic Attack on Halloween

The current attacks on Halloween aren’t the first. In post-Reformation England, All Saints Day and its vigil were suppressed, and the Celtic peasant customs associated with Halloween were outlawed. Christmas and the traditions surrounding it were similarly attacked, and the Puritan Parliament banned Christmas outright in 1647. In the Northeastern United States, Puritans outlawed the celebration of both Christmas and Halloween, which were revived largely by German Catholic (in the case of Christmas) and Irish Catholic (in the case of Halloween) immigrants in the 19th century.

The Commercialization of Halloween 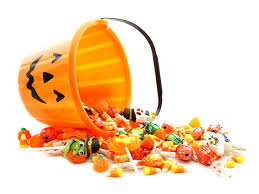 Continued opposition to Halloween was largely an expression of anti-Catholicism (as well as anti-Irish prejudice). But by the early 20th century, Halloween, like Christmas, was becoming highly commercialized. Pre-made costumes, decorations, and special candy all became widely available, and the Christian origins of the holiday were downplayed.

The rise of horror films, and especially the slasher films of the late 70’s and 80’s, contributed to Halloween’s bad reputation, as did the claims of putative Satanists and Wiccans, who created a mythology in which Halloween had been their festival, co-opted later by Christians.

The (Second) Anti-Catholic Attack on Halloween

By the late 1990’s, many Catholic parents, unaware of the anti-Catholic origins of the attack on Halloween, had begun to question Halloween as well. Their concerns were elevated when, in 2009, an article from a British tabloid sparked an urban legend that Pope Benedict XVI had warned Catholics against celebrating Halloween. Even though there was no truth to the claim (see Did Pope Benedict XVI Condemn Halloween? for details), alternative celebrations became popular and remain so to this day. 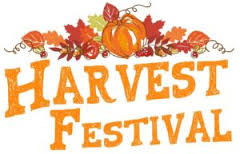 Ironically, one of the most popular Christian alternatives to celebrating Halloween is a secular “Harvest Festival,” which has more in common with the Celtic Samhain than it does with the Catholic All Saints Day. There’s nothing wrong with celebrating the harvest, but there’s no need to strip such a celebration of connections with the Christian liturgical calendar. (It would, for instance, be more appropriate to tie a celebration of the harvest to the fall Ember Days.)

Another popular Catholic alternative is an All Saints Party, usually held on Halloween and featuring costumes (of saints rather than ghouls) and candy. At best, though, this is an attempt to Christianize an already Christian holiday.

Safety Concerns and the Fear Factor

Parents are in the best position to decide whether their children can participate safely in Halloween activities, and, in today’s world, it’s understandable that many choose to err on the side of caution. Scattered stories of poisoned apples and tampering with candy, which arose during the mid-1980’s, left a residue of fear, even though they had been thoroughly debunked by 2002. One concern that’s often overblown, however, is the effect that fright might have on children. Some children, of course, are very sensitive, but most love scaring others and being scared themselves (within limits, of course). Any parent knows that the “Boo!” is usually followed by laughter, not only from the child doing the scaring, but from the one being scared. Halloween provides a structured environment for fear.

In the end, the choice is yours to make as a parent. If you choose, as my wife and I do, to let your children participate in Halloween, simply stress the need for physical safety (including checking over their candy when they return home), and explain the Christian origins of Halloween to your children. Before you send them off trick-or-treating, recite together the Prayer to Saint Michael the Archangel, and explain that, as Catholics, we believe in the reality of evil. Tie the vigil explicitly to the Feast of All Saints, and explain to your children why we celebrate that feast, so that they won’t view All Saints Day as “the boring day when we have to go to church before we can eat some more candy.”

Let’s reclaim Halloween for Christians, by returning to its roots in the Catholic Church!
——————————–

Scott P. Richert is the author of numerous articles on Catholic moral, social, political, and historical issues. In his monthly column for “Chronicles: A Magazine of American Culture” (of which he is the executive editor), and in articles published elsewhere (especially the national Catholic weekly newspaper The Wanderer), Scott frequently writes on Catholic themes. Scott and his wife Amy belong to St. Mary Oratory, a traditional Latin Mass parish in Rockford, Illinois. They homeschool their eight children using a traditional Catholic curriculum, and Scott has written homeschooling courses for Seton Home Study School, a Catholic homeschooling organization in Front Royal, Virginia.