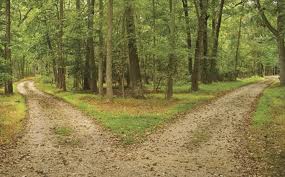 Do you feel sometimes being a Christian meant taking the path less traveled, doing the opposite of everything you want, or doing something beyond what people think as rational?

It was only a few days after the completion of our BCLP in which I served as Course Director when late in the afternoon I received a text message from our Chapter Head asking for a one-on-one meeting. This was the time a re-organization was being anticipated. I had a strange suspicion that the meeting was connected to this. On the way to the meeting, I told Menchie, my wife, that my general plan would be to decline any assignment in addition to what I already had because I plan to resume several personal and work activities I had put off. I also craved for a much needed respite after this BCLP.

As anticipated, I was offered an Action Group leadership position. I could have rejected it right there and then – just say “Thank you but no thanks…good evening, see yah bro!” But then he mentioned that it would be for the new associate members.

Serving as Course Director allowed me work up close with the participants so that a bond was established. This bond was pulling me to say yes but it also meant putting off more things that I want to do for myself. Chewing over the pros and cons, the meeting dragged past midnight for me to get a decision.

Drawing from Scriptures, I was reminded of Jesus telling his apostles, “Those who want to be first should be last” and “those who will be great among you must be the servant.” A lot of the ways I had designed pointed to the “self”, “I”, and “me”. But Jesus challenged me to take the path less traveled. He wanted me to think and act pretty much the opposite of my human inclinations.

In Hebrews, Jesus was described as the High Priest. The High Priest in Jesus’ period, unlike our Pope, is that that particular priest was set apart from the other priests. His job, one day in a year on the feast of the atonement, was to enter into the Holy of Holies, the place where the Ark of the covenant was kept, the presence of God dwelling inside the tent, to render sacrifice for the sins of all mankind. There he offered a scapegoat. So this animal, a goat, which did not count for much, was to be killed in place of the people who really deserved to be punished for their sinfulness. According to the Jewish tradition, the scapegoat had to be slaughtered violently, as an offering, a sacrifice in atonement for man’s sins. Instead of them getting punished, it’s the goat who gets it! Hence the term scapegoat as we use it today.

In Matthew 10, Jesus was explaining to his apostles who were imagining that the Messiah would be the High Priest. What He is really telling them is He is not the High Priest, but the scapegoat, that He will be killed in a very unpleasant way. The Apostles got it all wrong, Jesus did the opposite.

He explained the idea of being apart from others by living holy lives so that others will recognize that we are people in this world and yet try to bring something special: God’s love, God’s mercy and forgiveness. So when Jesus says if I want to be the best of all, choose to be the slave instead, He is not just saying that people who serve and run around doing things for people are the only good Christians. He is essentially saying, “try to take one thing – that one normal thing of your regular human existence and turn it upside down and see if that stretches you as a child of God. Observe if that brings about transformation.”

Jesus Christ, the Messiah, who people think will be the High Priest, is really the scapegoat for our sins. Perhaps I can try to practice following Jesus by doing the opposite. Trying to see what God does by turning something completely the opposite or doing it a different way and allowing myself to be dependent on the Lord.

So it took me awhile, several hours to go past midnight, to take the opposite path, the path less traveled, and say yes to the new appointment. That was then, and now, after one thing and another in BCBP service, I find myself accepting the appointment as Chapter Head! Definitely the ways of God are not my ways!

Recently, we became aware of the hidden life of a simple man by the name of Jesse Robredo – a public servant who refused to stand on a pedestal and walked around without bodyguards and in his slippers, side-by-side with his constituents. Though he occupied a high position in the government, he was not comfortable with public exposure. He left the earth with the attitude of working with diligence without seeking the limelight. He served his fellowmen without the need for recognition or self-glorification. He did not ask for perks or entitlements for the positions he held. No wonder that in his passing, a multitude of people from all walks of life came to pay tribute to this humble man.

What if we just go out of our way to do beyond the ordinary no matter how trivial, at least it gets us out there in the world as Catholic Christian who cares to do things differently because it’s the RIGHT THING TO DO?

So what is a Jesse Robredo for us? What is something for us that we are so comfortable with that God might challenge us to do the opposite way or do differently? What might be a way where we can be so dependent on God because we are essentially out of our comfort zone?