THE CROSS IS NOT AN ORNAMENT

Pope Francis: “The Cross Is Not an Ornament”
Emphasizes During Morning Mass That Christianity Does Not Exist Without a Cross 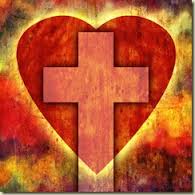 Vatican City, April 08, 2014 (Zenit.org) “Christianity does not exist without a Cross,” noted Pope Francis during his morning Mass today in Casa Santa Marta. “There is no possibility to exit from our sins ourselves.” The Holy Father reiterated that the “cross is not an ornament to be put on an altar.” Rather, he emphasized it is the mystery of the love of God.

The Holy Father reflected on today’s Gospel reading from the book of John, which recalls when Jesus put the Pharisees on guard, saying to them: “You will die in your sins,” if “you do not believe that I am.”

Still discussing the Gospel, the Pope added that Jesus continued to say, “When you lift up the Son of Man, then you will realize that I Am.”

Pope Francis noted the significance of Jesus discussing in the Gospel how he would be lifted up and Jesus subsequently being raised up on the cross.

Pope Francis made a reference to the Apostle Paul’s words. Paul said, “It is His [God’s] Son, who took upon Himself all of our sins, our arrogance, our security, our vanity, our desires to become like God.”

He emphasized that it is impossible to have Christianity without the cross and the cross without Jesus Christ.

The Holy Father pointed out, “Christianity is not a philosophical doctrine, it is not a program for life to survive, to be educated, to make peace. These are consequences.”

He clarified, “Christianity is a person, a person raised on the Cross, a person who annihilated himself to save us; was made sin.”

Francis said that the mystery of the cross is the recognition that our wounds, those due to sin, could only be healed by Jesus’ wounds when he was made man and died on the cross for us.

Regarding the cross, the Pope reminded the faithful: “It is not an ornament, that we must always put in the churches, the altar there. It is a symbol that distinguishes us from others. The cross is the mystery, the mystery of God, who humbles himself.”

Finally, regarding sin, Pope Francis asked the faithful at the Mass: “Where is your sin ?” He joked that their response would be: “’But I do not know, I have so many here.’”

The Holy Father decided to help those present by answering for them: “No, your sin is there, on the cross.” He continued, “Jump to search for it there, in the wounds of the Lord, and thy sin shall be healed, your wounds will be healed, your sins will be forgiven.”

ANSWERING THE CALL TO EVANGELIZATION