THE FORCES OF GOOD

“May your God whom you constantly serve, save you.” Daniel 6:17

“For he is a living God, enduring forever; his kingdom shall not be destroyed and his dominion shall be without end.” Daniel 6:27 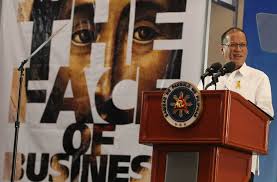 Unforgettable. The SMX Convention hall’s packed atmosphere started as festive and light as a mixture of praise songs and videoke style practice songs filled the air prior to the President’s arrival. The mood was surreal as the banter of thousands of conversations filled the hall. It was also a couple of days before another purported ‘million man anti-pork march’ will be assembled on Ayala avenue. Today, October 2, is very significant – the BCBP has finally reached a national stage with which it can unpack its advocacy ‘BE HONEST’ before the nation and its president on nationwide media. What does the president really have to say, as he himself is being accused as the ‘king of pork’? The nation is still reeling from the P10 billion Napolespork mess scandal unraveling before its eyes. Can the nation rise up from this devastation?

As President “PNoy” settled at the podium, he politely asked the crowd if all had had their breakfast as what he had to unpack would surely cause a loss of appetite or indigestion. Carefully, he unpacked a gargantuan skimming operation of the country’s resources, systematically stolen to perpetuate a stay in power by the last chief executive and cohorts. The magnitude of the crime is mind-boggling to say the least. The image of a Cardinal Tagle in tears for the next 6 months would not be too far-fetched. 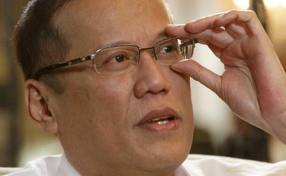 “P637.36 billion in savings from reenacted budgets; P23 billion from the Malampaya Fund, a P177 billion loan for rice importation to perpetuate a ‘padrino’ system estimated at P836 billion, topped with P140.6 billion accruing from “doctored” automatic outlays in the General Appropriations Act. All these 4 items add up to P978.29 billion.”

These 4 mechanisms have been put to a stop, the President said.

All these would be in the broadsheets tomorrow and counter charges and heated arguments will result but we in our BCBP community really should strive to see how the Spirit moves in these times.

My heart goes out to our President PNoy and his cabinet for all the tough reforms he is struggling to put in place. When he started campaigning for president, I firmly believed that just by stopping the grand scale thievery prevalent then, the country would progress even without additional taxes. That single-mindedness has paid off: after only 3 years of his administration, the country has attained “investment-grade” rating, a rarity in these globally troubled times.

As the president was speaking, I saw him as a modern-day Daniel cast into the white-hot furnace of reforming corrupt governance. Why were Daniel and his companions saved from the lions? Because they resolutely stood up for their faith, represented fittingly by their refusal to eat pork!

The president simply summed up the source of his faith from the way he was brought up by his mother, Corazon, a former president herself. He said his mother met all challenges to their faith with, “ipasa sa Diyos nalang natin lahat.” Certainly, that was not an easy declaration of faith. Tita Cory and her children lived through much difficulty and persecution throughout the Marcos years, through the martyrdom of Ninoy and the eventual rebirth of democracy through People Power. That is certainly a truck full of trust in the living Lord, knowing that the day will come for redemption, that the sun would rise after such a dark night.

And now as if living through that were not enough, he is swept into the highest office in the land to battle the forces of evil for the good of many.

Public service is a public trust. But even higher than that we must revisit what it means to take an oath with the public official’s hand on the Bible. It is to say that may all of the curses of Deuteronomy 28 befall him should he betray this public trust. 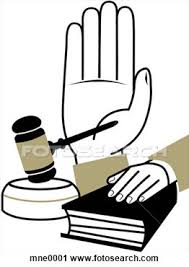 Making an oath on the Bible has been necessary as we are basically saying that many positions(specially the high ones) in government will have no oversight from peers nor subordinates, such that it is really too easy to violate this trust and steal with such magnitude as we have seen in this day. Hence, we need the Most High to look over our shoulders daily to keep us HONEST and to PUNISH us severely should we falter.

I look with admiration on the people who have joined him in this battle, who have sacrificed lucrative private careers, (worth mentioning are DPWH Sec. Babes Singson, and Sec. Rene Almendras, both of whom have raised the bar for public service) to not just simply run departments and make reports, but to overturn decades of well-entrenched structures of evil, corruption and apathy at the very risk of their own lives, reputation and family. To risk all of this, for whom?

Last Sunday, the Gospel was about poor Lazarus and the rich man. The Gospel reflection reminds us that the rich man went to hell because he did nothing. Our priest then made the rounds of the people attending mass. Who among you here have fed the poor this week? Visited the sick? The prisoners? Sadly very few hands went up. Not even mine.

My guilt and my thoughts lead me back to all that stolen money President PNoy revealed. Allow me to write the numbers again again. P1,000,000,000,000.00 of our hard-earned tax money and not counting yet the PDAF.

BE HONEST. How many of our poor, sick and imprisoned have been improved by that money?

BE HONEST. How many more farm to market roads can be built by that money, benefitting poor farmers, uplifting their families.

BE HONEST. How much better can we pay and equip our Armed Forces and police to ensure our peace and safety? My thoughts go out to war-torn Zamboanga. How many lives would be saved by properly allocating funds for counter-intelligence, proper nutrition and equipment for our Armed Forces. Perhaps the picture of a grieving young officer’s widow will become a thing of the past.

BE HONEST. How many of our young people would be able to have quality education and school buildings with that money?

BE HONEST. With that money we can have a better paid, incorruptible bureaucracy that will attract more foreign and local investors.

BE HONEST. The bright future of our country and our children lies with our resolve to keep honest people in government.

BE HONEST. The power of the ballot is a potent force that can release the blessings of the Lord upon us all.

BE HONEST. Good governance and just taxation bring social justice and for us Christian charity for the poor and downtrodden.

For some time now, since the BCBP embarked on the BE HONEST advocacy, these efforts have struggled to find conviction and relevance. But today BE HONEST can be emblazoned on the hearts of many Filipinos who are sick and tired of the oppression that corruption wrecks on all of us.

The Kingdom of God is at hand but perhaps only for those brave enough to enter through the narrow door of honesty and integrity.