In the September 2001 Readers Digest, an article appeared entitled “Faith Heals” by Linda Strohl. She presents a number of medical evidences to prove that prayer and one’s spiritual resources are effective healing techniques in many instances of illness. Since her article contains many worthwhile observations that are still relevant today, we share with you excerpts from it, adapting them to our BCBP community. The bottom line is: Faith Heals. –Reprinted from the KAPATIRAN Jul-Sept 2001 issue.
———————————————

Strohl’s article opens with a testimony given by a man who had been stabbed in the heart, stomach and spleen and who had completely recovered. Tom Long, the patients, said that his source of strength during his long recuperation from surgery and skin grafts came from God. Long’s testimony is only one of many that seem to show a general return to spirituality on the part of both patients and medical practioners. “Religion and medicine are inextricably related,” says 1st-year medical student, Reghan Foley. She believes that everyone has spirituality, that basically it’s what gives one’s life meaning. 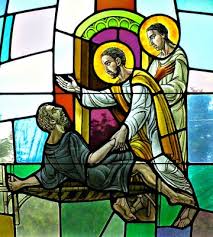 The connection between spirit and body may be age-old, but as medical science and technology have progressed and given us ‘miracle’ drugs, Western practitioners have veered away from spirituality and religious issues. However, there is a growing awareness that meditation and spirituality still play a significant role in many Eastern healing practices. Now in the West the trend is toward a return to spirituali8ty, with organizations like the Jewish Healing Network based in Washington holding spiritual support groups for people who are ill.

A wave of recent studies is chipping away at the wall between church and lab. Research has shown, for example, that people who attend religious services more than once a week live, on average, seven years longer than those who do not. Strohl cites a 1998 study by Duke University Medical Centre in Durham, N. Carolina, that found people who attended church weekly were not as likely to be hospitalized, and when they were, they did not spend as much time in the hospital as those who went to church less frequently. Although these correlations can be partially explained by the fact that churchgoers are less likely to smoke, drink or engage in risky sexual behavior, studies say that more than those factors, it is the network of social support that contributes most positively to the healing process.

“We don’t understand the mechanism of many drugs. We know, from observing cause and effect, that they work,” says psychiatrist Martin Jones, of the Howard University College of Medicine in Washington. “Likewise,” he continues, “we can see the effects of a person’s spiritual consciousness on his outcome, so why not use that? It’s like the placebo effect. Why did it work? Belief. It’s a very powerful force.”

Richard Sloan, a professor at Columbia College of Physicians and Surgeons, is against the “meddling” of doctors in patients’ religious beliefs. He opines that such reliance on belief can make a patient feel guilty as it implies that being sick or failing to recover is a product of insufficient faith. Other doctors agree and say that it is crucial to use faith only as an accessory to medical care, and only if the patient is open to talking about his or her beliefs.

Joe Semmes, an emergency-room doctor at Arlington Hospital in Virginia, was told in 1996 that he had pancreatic cancer with a 50% 5-year survival rate. He recounts how his wife Elonide, a practical businesswoman and a woman of faith, asked for healing prayers from their church. “All these people put their hands on me and sang hymns,” he says. “It was incredible, the power of this community.” His tumor was inoperable so he had radiation and 36 weeks of chemotherapy. This treatment shrunk the tumor to where an 11-hour surgery successfully removed it. Today, five years after, Semmes shows no active evidence of the disease. He believes it was the radiation and surgery that excised the cancer but that the prayers helped keep him optimistic. He says, “Healing is a movement towards wholeness – waking up to where you are, being connected to others, and loving. Spiritual growth in the time of physical collapse is tremendous. I got that wake-up call.”

Internist Dale Matthews, author of The Faith Factor: Proof of the Healing Power of Prayer, early in his career began to sense that his patients wanted something more than just a diagnosis and treatment. “I didn’t have any models,” he says. “My inclusion of spirituality in the doctor-patient relationship evolved by listening and paying attention and finding people relying on their faith.” He occasionally writes Bible references on his prescription pad and refers those whom he feels are ready for it, to various spiritual resources. One of his patients comments, “My faith brings me to a point of balance where I don’t feel that my illness is a burden.” 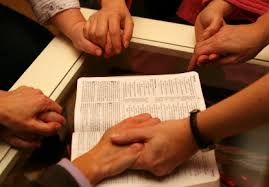 Strohl believes the medical establishment may be embracing spirituality because they themselves could use something to believe in. She quotes Dr. Christina Puchalski, assistant professor of medicine at George Washington University in Washington: “Physicians are called to a service, to put patients’ good above our own. That’s a very spiritual calling. But with managed care and making medicine a business, we’re in jeopardy of losing that sense of purpose and meaning.”

In a 1996 survey conducted by the Association of American Medical Colleges on what should be the objectives for medical schools, there was an overwhelming response to include cultural, spiritual and end-of-life issues in the curriculum. And schools are answering this demand: in 1992 only a few taught spirituality; now some 50 of the 125 medical schools in the U.S. have such curricula. One example is the course called Religious Traditions in Health Care offered to 1st-year medical students at Georgetown University that covers the correlation between spirituality and health, and teaches the major religions of the world from a medical perspective.

This interest in the various aspects of spirituality embraces the views of different faiths on relevant health concerns as well as on traditional and non-traditional methods of healing. Brownell Anderson of the Assoc. of American Medical Co9llegs says that the students are in back of this growing interest. “Students enter medical school because they want to take care of people. They see the technology is great, but they also want to be able to communicate with people so they can care for them. They want to do it with soul.”

U.S. radio talk-show host Diane Rehm experienced a sense of peace and rightness after she was prayed over for the healing of her voice. She had suffered for more than seven years with voice difficulties, consulting many specialists and undergoing tests and therapy, and ending up losing not only her voice but also her job. Rehm began taking the healing rite weekly at her church although she did not give up seeking medical help. Several months after the healing prayers had begun, she met doctors who diagnosed her condition as spasmodic dysphonia and recommended periodic injections to temporarily paralyze her overactive vocal muscles. The treatment worked and she has returned to her job.

Rehm says, “Healing may come in the form of acceptance, dealing with yourself and others in a different way, maintaining a sense of peace in the face of affliction.” She stresses, as do others, that faith is a complement to medical treatment.

Science has indeed made incredible progress in terms of diagnosis and treatment of diseases. Life expectancy has increased by almost 2/3 in the twentieth century. And almost daily the laboratories develop new medicines to combat modern-day illnesses. But many now agree that science by itself does not have all the answers, it is not the total picture. Howard University’s Jones, a cancer survivor himself, believes that while disease has a physical basis, “there is a hierarchy: the physical level, the emotional level, the intellectual level and the spiritual level.” He foresees a subtle shift in the practice of medicine, from treating disease to treating the who9le person.

Thus healing should not only focus on the physical aspects of the body and its disease, but at the same time the patients … and his/her doctor … should open their hearts to the power of faith and to God’s healing power. In other words, not faith healing, but having faith in the healing power of God.

Scripture has many references to the healing power of God. We cite only a few. Sirach, chapter 38:1-15, tells us clearly that we must hold the doctor in honor for it was God who established his profession and it is from God that the physician has his wisdom. It is God who makes the earth yield healing herbs for man’s use. An effective healing process is outlined in these verses as follows: 1st – pray to God; 2nd – flee wickedness and cleanse your heart of every sin; 3rd – make a rich offering according to your means; 4th – then seek a God-fearing, prayerful doctor to handle your medical care.

James reminds us to pray if we are suffering and sing praise when we feel good. He also advises us to let the church/community elders pray over the sick person and anoint him/her with oil in the name of the Lord, “and the prayer of faith will save the sick person…” (James 5:13-15)

Throughout the Gospels Jesus demonstrates that full healing of physical illness and diseases must be accompanied with healing of one’s heart and soul. And that such is best accomplished through prayer and surrendering oneself to the Lord’s will.

The bottom line is: Faith Heals!