THE MYSTERIOUS WAYS OF GOD

“For my thoughts are not your thoughts, neither are your ways my ways,” declares the LORD (Isaiah 55:8).

God works in “mysterious” ways. My life is a testimony to that.

I came from a family of business people.When I got married, my wife and I established our own business which also became successful. We were blessed with seven (7) children and a life full of material comforts. Yet something was amiss. There was emptiness in my heart that I kept on seeking. This changed when my wife and I joined the Brotherhood of Christian Businessman and Professionals. Little by little, as I strengthened my commitment to serve God thru the BCBP, the mystery of God’s ways was unveiled. Slowly, God showed me His purpose in everything that happened in my life. 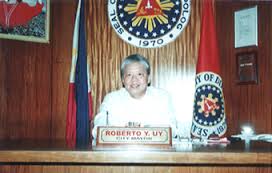 Running and winning as Mayor of Dipolog City was farthest in my mind. I never wanted to be in the government and I never envisioned myself to engage in politics. I had been approached several times by long-time politicians and had been invited to run in their team, but each time, I declined. It was however the one wish of my father that I could not refuse. He wanted one of his children to serve in the government.

I soon realized that God had a purpose in this. As the mayor, I was in a position where I could influence people. Aside from performing my mandate as a public servant, I also began a ministry of convincing people to open their lives to the Lord. Through various formation programs we were able to instil Christ-centered values among employees of the city government of Dipolog.

The toughest test as a City Mayor came when I was to implement a huge development project that would forever change the landscape of our city— the “ Dipolog City Boulevard.” Our city center rests in an area near the coast which through years, erosion had threatened to cause flooding within the urban areas. Through a study, we found out that the best protection we could devise would be to construct a seawall and a boulevard near the shores. The biggest challenge however was the relocation of around 700 families of illegal settlers, mostly fishermen. There was a strong and passionate resistance against vacating the seashore area since it was where they got their livelihood. No local politician ever dared to earn the ire of the residents since it could mean “loss” of thousands of potential votes. For them, this was a political suicide. 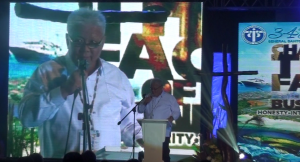 After praying for guidance, God gave me the political will to implement the project. As expected, I was criticized, threatened, and sued. But God was on my side. The project took off and was successfully completed. It is now one of the most beautiful boulevards in the country. The illegal settlers which we were able to peacefully relocate now own the land where they live. It has even become a booming community in Dipolog City.

“Many are the plans in a man’s heart but it is the Lord’s purpose that prevails.”(Proverbs 19:21). Despite all odds and difficulties, I again served as Mayor for the next two terms. In all the years that I served as the city mayor, God has always guided me to put righteous governance in the government service at the same time giving me the venue to evangelize my constituents.

After serving for nine years, I went back to my comfortable private life as a businessman, but again God’s will for me to serve the people overcame my own will.The province of Zamboanga del Norte was once considered the poorest province in the entire country. Although rich in natural resources, its people continued to suffer from government neglect. There was rampant corruption that deterred the delivery of services and construction of major infrastructures. Insurgency also grew because many areas had become isolated due to unrepaired and badly-damaged roads and bridges. I simply couldn’t just watch the glaring suffering of the people in my province and do nothing.

So I decided to heed the call to challenge the powers that be in our provincial government. For years, only a few people dared to run for the position of Governor in the province of Zamboanga del Norte. It was understandable, as the province was lorded over by a few but very powerful individuals and groups.

But I told myself: “if God is with me, who can be against me!”—and I believed that in my heart. And so with a few crusaders I reached out most especially to those in the remotest parts of the province. With each day, our supporters grew, and soon we became a force to reckon with. By the end of the elections, I led over my opponent by more than 70,000 votes, making it one of the most lopsided wins in the history of our province. It was the most unbelievable miracle and only possible when I opened my heart to the Lord and allowed Him take control.

In Romans 12:2 it says:And do not be conformed to this world, but be transformed by the renewing of your mind, that you may prove what the will of God is, that which is good and acceptable and perfect”. From a private life engaged in business to a life of public service, I found a common denominator – GOD. He is the missing link! (as the lyric of our NAC34 Jingle says). Wherever God takes me, it is incumbent upon me to serve Him with honesty, integrity and excellence. This is my prayer… and this is my true mandate.

Thank you, Brothers and Sisters for allowing me to share God’s “miracles” in my life. May God work His wondrous ways in your life, may He fill your heart with peace, and may you be blessed beyond measure. God bless the BCBP!

THE POWER OF PRAYER

SERVICE AND COMMUNITY: IN OTHERS’ WORDS

the class of ABC 70 supports you Governor with all our hearts as always. May God continue to guide you on the right path.