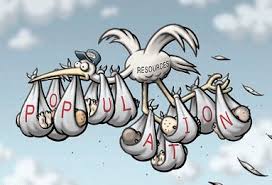 FRONT ROYAL, Va., Dec. 9, 2010 /Christian Newswire/ — The Population Research Institute (PRI) just released the fourth episode of their highly popular YouTube cartoon series. The series, which has to date garnered more than a half-million views, is designed to humorously refute the idea of overpopulation with stick figure animation.

The latest video, available to watch at www.overpopulationisamyth.com, is about two and a half minutes long. It tackles the root causes of poverty and how to alleviate it. All of this, while retaining the wry, humorous tone of its predecessors.

“Reducing the number of people in the world would not make those who remain any wealthier,” says Joseph Powell, the creator and animator of the series. “But, as we show in our video, that’s not how it works, and population control won’t change that.”

“We set out to be entertaining,” adds Colin Mason, PRI’s Director of Media Production and the video’s editor. “The idea is to enthrall the viewer, who at the same time effortlessly absorbs certain demographic truths, chiefly, that people in their numbers create wealth, not poverty.”

“The fight against the myth of overpopulation does not have to be a bare-knuckled brawl,” says Steven Mosher, PRI’s president. “These videos are funny and easy to digest, the very opposite of Al Gore’s boring pronouncements on the ‘dangers’ of too many people. Our viewers end up considering the science that supports our pro-people position, often for the very first time. We say to our skeptics: watch, laugh, and learn.”

Many thanks to Bro Bobby Atendido, BCBP’s BOT Chairman, for contributing this enlightening and humorous take on the global problems of poverty and overpopulation.