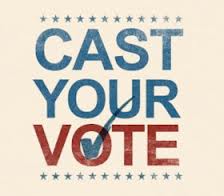 The last few months (or longer) we have been barraged with the PDAF scandals, graft and corruption issues in so many areas of government and NGOs. Contrary to popular opinion that primarily engages in character bashing, I believe that it is not just the upper levels of society that must be blamed. Remember, my friends, that every society begins with the family and that family’s values, morals and member role models.

During the 1970 campaign for ConCon, my husband, Jun, a winning candidate of District 1, Negros Oriental, was often asked for money for tuba or cigarettes, and to join in the men’s drinking sessions. He always replied, “I want to serve as an example for your children so please don’t let me drink or smoke with you.” Then he would have a heart-to-heart talk with them about providing good role models for the future generation. Some listened, some didn’t; some thought about what he said, others just laughed at his “youthful innocence”.

Young boys idolize their fathers, their uncles, or elder brothers; young girls want to grow up to be like their mother, their aunties, or older sisters. Or, they look outside the family to community leaders, to T.V. personalities, to movie characters. As a reality check, I often ask myself: What do I want my children and grandchildren to learn from me? Am I a good role model for them? The fact is that the youth of today are the future leaders of tomorrow.

Barangay elections are tomorrow. We will be electing those people who are going to serve in our respective communities as role models. Proper discernment and careful selection of candidates who can be true leaders and role models for our children is a primary necessity at this time.

In a previous election the BCBP’s advocacy in coordination with COMELEC was “BUMOTO NG TAPAT, BUMOTO NG NARARAPAT. Their banners asked voters to discern candidates based on the following criteria:

We need voters and leaders who are honest, sincere and capable of taking the first step – and following through to make sure that things get done properly – in transforming our towns, our province, and our country into the paradise that God intended it to be, not for their own hidden agendas, but for the common good of the people. 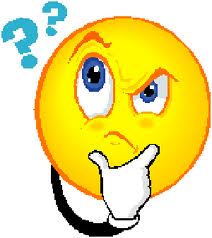 Before you cast your vote, stop for a minute and think carefully. Does your candidate think clearly about important issues? Will he or she be a loyal, honest, and dedicated servant of his/her constituency? Will he or she work to make the best better for your town, the province, our country? Does he/she live a life of simplicity, following the Golden Rule? Is he/she healthy physically, emotionally, morally and spiritually? Do you believe your candidate is sincere and trustworthy? Will he/she be a good role model, a good example, for our youth, for your children and grandchildren to emulate?

Every vote counts. You are responsible for making your vote count by voting for candidates who can honestly influence the future for good, by not voting for those candidates who espouse guns, gold and the power of goons, or whose lives reflect the bad side of humanity or are living examples of selfish pride, dishonesty, lies, corruption and deceit.

The future is up to each one of us; the future of our children is in our hands!

ARE YOU HELPING YOUR BCBP CHAPTER GROW?