WHAT MAKES A SUCCESSFUL FATHER? 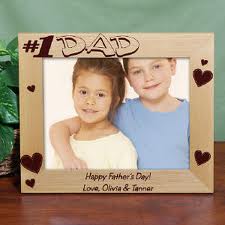 Father’s Day is celebrated in the month of June, this year 2012 on June 17. Much has been said and written about the qualities of a mother and what makes a good parent. But little seems to have been written about what makes a good father. So, quoting excerpts from an article in The Documentation Service, June 1996 issue on “Successful Fathering” by James B. Stenson, we would like to go back to the basics of fatherhood: 12 characteristics common to successful fathers. Fathers, there is much for reflection here!
———————————————————-

1. Successful fathers have a sense of supportive partnership with their wife.

Neither domineering nor neglectful, they appreciate their wife’s sacrifices, hard work, long hours, and loving attention to detail. They show this appreciation in front of their children. Such a father draws the children’s attention to their mother’s outstanding qualities. He directs his children to share his gratitude and respect for Mom.

They think of their inner strengths, not career choices. They ask the same character-centered questions that parents have always asked and then ask themselves: “What do my wife and I have to do now to raise our children toward responsible adulthood?” In other words, they see themselves raising adults,k not children.

3. As a consequence of this vision, they frequently talk with their wife about the children’s character strengths and weaknesses.

Such men are conscious that their wife is probably more sensitive and insightful in these areas, and they respect her judgment. Though they may have disagreements with their wife on tactical matters, they are determined to come to some agreement; they realize how important it is for the children to see the parents united, especially in matters of discipline.

4. These fathers frequently discuss things with their children.

Conversation is the most common leisure activity at home. Fathers talk about their own childhood and family life, their job responsibilities, their courtship of Mom, their worries and concerns, their past mistakes and hilarious blunders, their relations with people whom they admire, their opinions and convictions, and so on through the range of their minds.

5. And, of course, such fathers listen to their children as well.

They listen to what is unspo9kien and implied. They come to understand the changes taking place in their children’s minds, and they steer the children’s judgment about people and affairs. They respect the children’s privacy. They praise them for their growth in character, showing their earnest expectations that the children will grow up to become great, honorable men and women – regardless of what they do for a living. 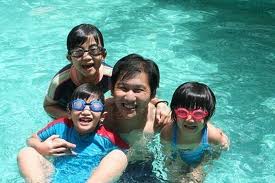 They realize that TV steals time from the family’s life together. Whenever something worthwhile is on, the family (or most of it) watches together. Otherwise the screen remains dark and the children constructively occupied: talking, playing games, reading, studying, making the most of the few years they will spend together as a family. Under his leadership here, the home is more active, and consequently healthier.

7. Successful fathers see discipline, not as punishment or mere behavior-control, but rather as a means of building the children’s self-control.

They see that ‘No’ is also a loving word. From their long range vision, such fathers realize that the children need practice and encouragement in overcoming their feelings now, so that later they will exercise mastery over themselves. Such fathers do not hesitate to use reasonable physical punishment when necessary.

8. Related to this, successful fathers are confident of their authority.

They know that fatherhood is not an elective office. Their authority as father comes from the responsibility given by God and taken on freely by man himself. Consequently, successful fathers are not afraid of being temporarily unpopular. In short, such fathers do no permit what they do not approve of.

9. Most successful fathers seem to have a number of close friends.

The home is open to guests: neighbors, relatives, colleagues from work, friends from childhood. Such men also go out of their way to befriend adults who deal closely with their children: clergy, teachers, coaches, parents of the kids’ friends. The kids see mom and Dad show the courtesy and respect that underlies all true friendship. Moreover, the children learn whom their parents respect, and why, and how they show this. 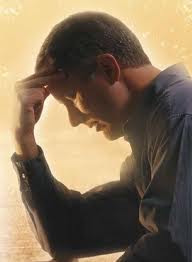 10. Successful fathers frequently have a deep and active religious faith.

The children see them pray and take serious interest in doctrinal-moral formation. This religious outlook seems to directly affect the way these fathers discipline their children. They are neither tyrannical nor permissive, for both of these extremes are basically self-centered. Their love for God and their family, along with their commitment to living by a well-formed conscience, makes them treat their children the way God treats all of us – with firmness, understanding and affection.

11. Successful fathers teach their children to be ‘poor in spirit’.

Such men know that excessive wealth can corrupt people, adults as well as children. They work alongside their children at home, teaching the relationship between effort and results, along with the satisfaction of personal accomplishment. They are sparing in allowances. They make the children wait for things, and if possible, earn them. They give generously of time and money to the needy, and they encourage (but don’t force) the children to do the same. They don’t fill the home with expensive gadgets and amusements. They budget and save for the future, and thus teach the children an important lesson: money is an instrument, a resource for the service of our loved ones and those in need. And that’s all it is.

12. Finally, the most successful fathers always put their family’s welfare ahead of their jobs.

They know that their children can be seriously hurt through fatherly neglect, and no job advantages – no raises or promotions or projects co9mpleted – can compensate for this loss. The children’s earthly and eternal happiness depends, in enormous measure, on their father’s influence during the first two decades of life. This is a brief span of time, and it passes only once.

———————
This is a reprint of an article that appeared in the Nov-Dec 1996 issue of the KAPATIRAN Magazine. From James B. Stenson, Successful Fathering, Documentation Service, Vol. IX, No. 6, June 1996.

TO ONE OF THE FEW GOOD MEN – MY HUSBAND NOEL

WHAT MY FATHER TAUGHT ME

This article so so inspiring. Think that you missed some of these successful traits with your own children but can still be pass them on to your grandchildren.