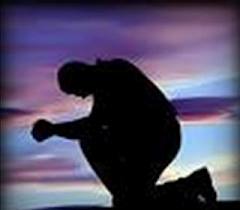 VATICAN CITY, March 21, 2014 (Zenit.org) – Humility and prayer are the two attitudes necessary to not twist the Word of God according to our own interests and desires. This was the central theme of Pope Francis’ homily this morning at Casa Santa Marta.

The Holy Father based his homily on the Gospel according to Matthew, which recalled Jesus parable’ of murderous tenants who kill their landowner’s son in order to rob his inheritance. The Pope said that the parable was directed to the Pharisees to show where “they had fallen into for not have their hearts opened to the Word of God.”

When the Pharisees fell into this line of interpretation of the Word of God, the Pope continued, it is difficult for the Holy Spirit to act. The Holy Spirit is essentially “trapped in the desires of each one of them.” The Holy Father warned that we can do the same when we are not obedient to the Word of God.

“[The Pharisees] sought to capture him, but they feared the crowd of the people of God, because they considered him a prophet. That simple crowd – that followed behind Jesus, because that which Jesus said did good in their hearts, it warmed their hearts – these people were not mistaken: they did not use the Word of God for their own interests, they felt and looked to be a bit better.”

Concluding his homily, Pope Francis highlighted two essential attitudes in order to understand and obey the Word of God: humility and prayer.