by Vil A. Carreon, BCBP Santiago

The BCBP Chapter of Santiago City launched its physical fitness program dubbed LAKARUN. Before the break of dawn on Jan.12,2014, 31 BCBP members, plus their children ,went to Dariok Hills of barangay Balintocatoc to jump start this weekly out door workout. As its name suggests,Lakarun is a combination of the words lakad and run. Members are given a choice whether to walk or run,which ever they are comfortable with. Lakarun is envisioned to get the BCBP members into the habit of exercising to get physically fit, It is also designed to bring BCBP members and their families together in this early morning exercise. “Lakarun para sa kalusugan” is a catchy phrase adopted by the newly reconstituted Programs and Services Directo rate (PSD) to promote and drum-up interest in the program. 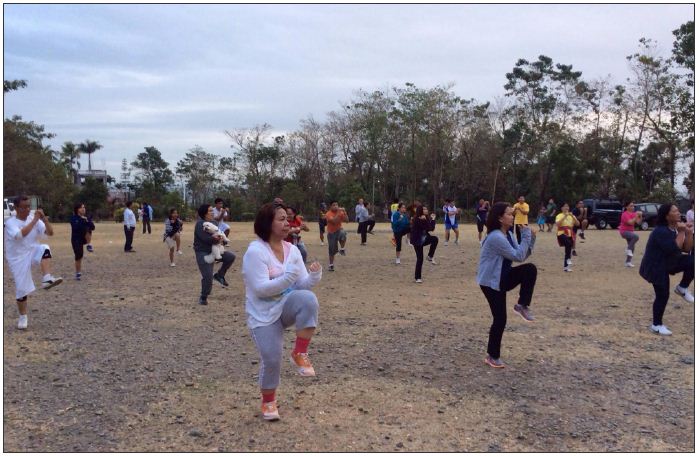 Tasked to take charge of Lakarun are Bro.Jerry and Sis.Michelle Manuel, next head of Social Action Ministry. After the initial walk-run up and down Dariok, the BCBP people gathered around to relax and cool off from their physical exertion by treating themselves to hot coffee, pandesal and bananas which they brought with them potluck Bro. Oyie Alejandro, Chapter Head-in-Transition, was asked if Lakarun will not be another “ningas cogon” or short-lived, he said that the program is for keeps, at least, in the next three years. He added that by then the BCBP members shall have already learned and appreciated bodily exercise as a means of staying in good physical shape. He stated that its about time the BCBP members of Santiago also attend to their physical and mental well-being so that they can have the strength to face the struggles of life and the demands of the BCBP community. Bro.Nash and Sis, Lily Lagman, incoming PSD head, remarked that Lakarun has also a spiritual significance. The couple said that as the sun rises , they can say a little prayer praising God for the blessing of a new day. They can also thank Him for the gift of the hills where the BCBP members can enjoy nature in all its glory. The walkers and runners have been doing their 5:30 a.m. workout eight Sundays already. Their number keep increasing every Sunday. It seems that Lakarun is here to stay. 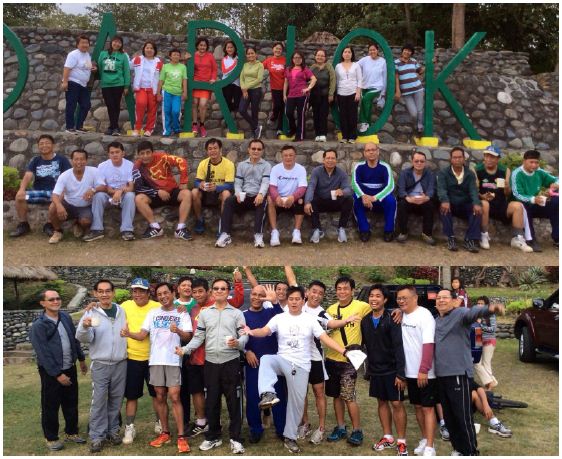 Dariok Hills is in the barangay of Balintocatoc in the City of Santiago. It is six kilometers from the center of the city and on the right side of the road going to the province of Quirino. A road sign points to where Dariok is. Dariok Hills is Santiago’s tourist spot and a place of worship, especially during the Holy Week. Life-size Stations of the Cross are depicted
starting from the foot of the hill going up to the top where the Chapel of the Transfiguration is located. A big statue of the Lady of La Salette also stands there facing the city. The place offers a commanding view of the surrounding areas. The air is fresh and invigorating, especially at dawning of a new day. It is an ideal place for meditation.

HOLY WEEK: TURN OFF THE NOISE, BE TRANSFORMED BY BEAUTY

ANSWERING THE CALL TO EVANGELIZATION

Hope BCBP Makati Chapter/Taguig Outreach have something like this as physical fitness program.