3 MARKS OF A PEOPLE REBORN, OF A CHRISTIAN COMMUNITY

ROME, April 29, 2014 (Zenit.org) – During the homily of his morning Mass at his residence today, Pope Francis proposed three marks of a “people reborn,” which characterized the early Christian community.

At Casa Santa Marta, the Holy Father said the Christian community should be characterized by interior unity, witness of Christ, and care of its members. 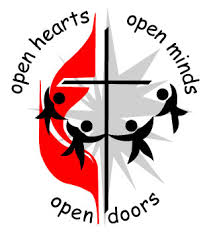 He spoke of the “rebirth from on high” in the Holy Spirit, who gave life to the first group of “new Christians” when “they still didn’t have that name.”

“They had one heart and mind,” the Pope said. “Peace. A community in peace. This means that in this community there was no room for gossip, envy, calumnies, defamation. Peace. Forgiveness: ‘Love covered everything.'”

Francis stressed the importance of Christians’ attitudes: “Are they meek, humble? Do they vie for power between each other in that community? Are there envious quarrels? Is there gossip? [Then] they are not on the path of Jesus Christ. This feature is so important, so important, because the devil always tries to divide us. He is the father of division.”

Pope Francis recognized that problems existed even for the first Christians.

He recalled “the infighting, the doctrinal struggles, power struggles.”

As an example of this he pointed to the widows who complained of a lack of assistance so that the Apostles “had to create deacons.”

Pope Francis proposed a reflection for today’s Christian communities: “Does this community give witness to the Resurrection of Jesus Christ? Does this parish, this community, this diocese really believe that Jesus Christ is Risen?”

The Bishop of Rome said the third characteristic from which we can measure the life of a Christian community is “the poor.”

“First, what’s your attitude or the attitude of this community toward the poor?” he asked. “Second, is this community poor? Poor in heart, poor in spirit? Or does it place its trust in riches? In power?”

QUOTES FROM THE SAINTS

THE JOYS OF EASTER