5 EASY STEPS TO AN INTENTIONAL MARRIAGE 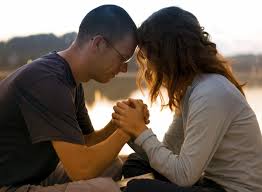 The other day I was at a bachelor party for a friend. Don’t worry, it was a Christian bachelor party so there was only cake, ice-cream, and pizza. At one point during the party, everyone in the room began offering “newly-wed” advice. Most of the advice was extremely negative! Each person was describing how hard marriage is, and how difficult it can be to live with someone. I get it. I do. Marriage CAN be difficult, especially for people that get married later in life after establishing a routine and habits of their own. People make marriage sound like a daily trip to the mechanic—spending time with someone whose job it is to tell them all the things that need to be fixed. But marriage doesn’t HAVE to be hard. In fact, here are five steps that I’ve found to be extremely effective in making marriage easier.

1. Pray for your spouse.
Normally, this step is an add-on to many blogs and articles on marriage, but it HAS to be first! We have to be intentional about praying for our spouse. I’m not saying that you have to spend 30 minutes every morning praying for your husband or wife, but you could at least commit 5 or 10 minutes a day. And if you don’t know what to pray for, consider finding a passage of Scripture that describes what you want the Lord to do in your spouse’s life. For example: I like to pray through Ephesians 3:16-19 for my wife and kids.

2. Serve with your spouse.
Recently, we had Francis and Lisa Chan on the program to talk about marriage in light of eternity. One of the greatest points of advice they offered was that oftentimes people serve God alone, but the purpose of marriage is to serve God as a team. When was the last time you and your husband or wife served the poor together? When was the last time you did a mission project together?

4. Pursue your spouse.
This step has almost become a cliché yet no one does it! An intentional husband or wife continues to pursue their spouse as if they are still trying to win them over. How can you pursue your spouse today? What can you do to show your husband or wife that—even after all these years—you would still choose them again? (Men: it’s never a bad idea to buy flower, chocolates, or something your wife gets really excited about. Women: well, you know how to get your husband excited. Let’s just leave it at that!)

5. Fight for your spouse.
After prayer (which is an important part of this step), fighting for your spouse is vital to a successful marriage. Specifically, husbands and wives need to remember that they are on their spouse’s team NO MATTER what. It’s so important—especially in the middle of an argument—to remind your spouse that you are NOT against them. That you love them, care for them, and want the best for them.

Also, it’s important to remove temptation and fight for your spouse in other areas of life as well. Men need to fight against pornography, checking out other women, or disrespecting their wives. Women need to fight against disrespecting, being overly critical, or neglecting their husbands. Fighting for your marriage happens on many fronts, and the intentional husband or wife is on guard constantly.

The most important word in this blog is “intentional”, because as we’ve seen in other areas of life—the difference between a good spouse and a bad spouse is that one—the good—follows through on their good intentions. And if you do that—if you are intentional in your marriage—your life together won’t be as hard as everyone makes it out to be, instead you will find marriage to be a lot easier.