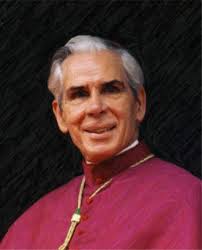 “Preach the Gospel at all times” #Francis #peace #prayalways

Twitter, Facebook, Instagram, Tumblr, Pinterest and countless other platforms are filled with almost empty Christian one-liners and other messages. Oftentimes trite sayings are re-tweeted or shared along with some kind of exhortation to “spread the word.” Since you’re a Christian, you can feel guilted into supporting this sort of thing, to do your share of evangelization. Believe me, I’m committed to building up a Christian culture, but sometimes I can be downright ashamed of that content. In the most extreme cases it can feel like not sharing whatever image or quote “because you’re a Christian” is a denial of Jesus himself.

So what about social media evangelization? Is tweeting 140 characters going to convince someone of the Gospel? The Church refuses to be absent from the conversation—that alone tells us something important. Pope Francis (@Pontifex) has some 5.87 million followers on the English language account (over 15 million if all the eight language groups are added together). The Church is called to be leaven for the world, and that means continuing to share the light and hope of the Gospel message, even on the web. Msgr. Paul Tighe puts it this way, “If we withdraw, then we’re leaving those areas to the trolls. We’re leaving it to the bullies.”

While few people may think that the Church should absent herself from the “new media,” many might wonder what good it all does. Will seeing a Scripture passage in someone’s Facebook news feed actually help infuse a soul with an abundance of actual graces, even the grace of justification? It seems unwise to just close that door. The workings of Providence are mysterious, and the Creator loves using instrumental causes to achieve his aims. Far be it from this theologian to declare the internet an option banned from God’s playbook.

Build A Culture of Encounter 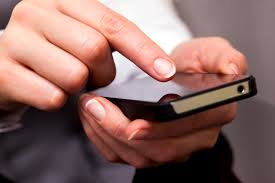 The Holy Father offers one helpful way to define our Catholic web presence in light of the following goal: building a culture of encounter. “The great challenge,” says Pope Francis, “the great challenge facing us today is to learn once again how to talk to one another, not simply how to generate and consume information.” Genuine evangelical encounters demand authentic relationships and true exchanges. This is our aim, then, to use the web to nourish these encounters, which prompted and directed by God’s grace, may bear fruit in countless lives.

But who can we look to as an example for how to do this? The innovations of the “new media” are by definition without precedent. Nonetheless, I think we ought to appeal to the life and teaching of Fulton Sheen. By mining the example of his life and teaching, we can deduce some principles to guide our e-preaching.

1. Relationships – By the time his show stopped airing in 1957, Archbishop Sheen had a viewing audience of some thirty million people. People loved his presentation of the Gospel because it felt like he was talking to them. Sheen never used a teleprompter or idiot cards. He was a professor, so he did what he loved doing—he taught. He taught the audience, and they responded as his students. Sheen managed to build, across the barriers of microphones and screens, personal connections to his audience, the very real relationship of a teacher and his students. On social media, we too have to find a way to bring people into our little “broadcasts”—our likes, posts, and shares—and build real relationships with our friends and followers. Sheen didn’t use his shows to proselytize; he left it to his audience to conclude that his words should draw them to Someone Else whom they needed in their lives. In Sheen’s own words, “There is a need to take hold of tortured souls like Peter, agnostics like Thomas and mystics like John and lead them to tears, to their knees or to resting on [Christ’s] Sacred Heart.” 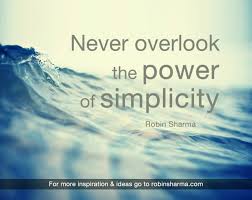 2. Panache – Whatever might be said about Fulton Sheen, it can’t be said that he lacked style. The whole world knows his cassock and episcopal cape (called a ferriola). Sheen appeared on television wearing the garb of the tradition. His vesture sent a clear message: my job is real and so are my words. But the show was also strikingly simple. His only props were a piece of chalk and a chalkboard. This combination of noble simplicity should guide the aesthetic choices of the e-Gospel, which can send such a strong message without even offering words. Our websites should be handsome and easily navigable. The pictures we share should be striking and beautiful. Our designs should be clearly inspired by our traditions, and we should eschew art forms and depictions that are discontiguous or incompatible with our work. The Church—even on the web—should feel like the Church.

3. Substance – The English novelist Dorothy Sayers writes, “It is hopeless to offer Christianity as a vaguely idealistic aspiration of a simple and consoling kind; it is, on the contrary, a hard, tough, exacting, and complex doctrine, steeped in a drastic and uncompromising realism. And it is fatal to imagine that everybody knows quite well what Christianity is and needs only a little encouragement to practice it.” Archbishop Sheen was a philosophy professor. He was a man steeped in Aristotle and Plato, indeed the product of years of study at the prestigious Catholic University of Leuven in Belgium. His teaching and preaching took the best of Augustine and Thomas Aquinas, and he used their wisdom to compose a straightforward presentation of the Gospel. As he says, “Preaching and lecturing are impossible without much studying and reading. This perhaps is one of the weaknesses of the modern pulpit…” The archbishop didn’t mince words, but he worked tirelessly to show the fullness of Catholic teaching. In a society that hardly knows what meaning to assign the word “Christian,” we have to undertake a full-bodied explanation of the faith. The new paganism requires us to teach the timeless truths of the faith as if they were totally new. Fulton Sheen didn’t undermine or hide the tradition; he exposed its genius.

4. Originality – George Orwell believes the first cure to remedy the fallen state of the English language is to “never use a metaphor, simile, or other figure of speech which you are used to seeing in print.” The same point is true for our social media presence. I should think very few people are actually interested in the sight of “John 3:16″ on a poster—they think they know what it means. And (to them) it’s boring. Sheen was a creative genius. He loved to use stories, metaphors and examples. They made his teaching what it was, and captured the hearts of millions. Of course not every disciple is a creative genius, but everyone can filter what they share. If you think some content banal or dreary, why would you offer it to someone else?

5. Christocentric – Archbishop Sheen prepared all of his sermons in the presence of the Blessed Sacrament. In his words, “A lover always works better when the Beloved is with him.” The most brilliant ideas come from meeting God face to face, because preaching is God’s own work. We alone are not going to build a twenty-first-century Christian culture by the arthritis earned from fevered typing or the coffee consumed from late-night study. Christ draws men and women to himself, and we participate in His work. God’s grace fueled and enlivened the preaching of Archbishop Sheen, taking his natural talents and molding them to bear supernatural fruit. The mystery of our Baptism, the mystery of our Christian vocation, is that God will do the same for us too… even via the internet.

POPE FRANCIS: ON THE EDUCATION OF CHILDREN